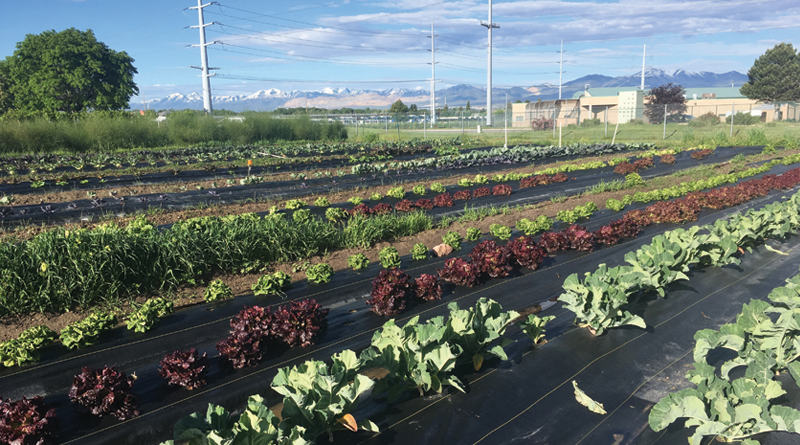 In 2018, of the 20,000 pounds of produce that was grown, about 40% was distributed to senior centers and local community organizations while the rest was sold at farmers markets, earnings from which help to fund the program. The large pumpkin harvest in the fall goes to community children’s programs and jail staff.

Twenty-four prequalified male prisoners work in the program at a time. It’s on-the-job training as they do assigned tasks and receive lessons in soil structure, mulching, planting, irrigation, trimming, pest and disease identification and management, harvesting, beekeeping and flower arranging.

A white board lists the duties of the day that are checked off when completed. In the greenhouses, aloes and succulents are separated from the mother plant to pot and sell as indoor plants. It is also where prisoners experiment with random starts and seedings to gain knowledge and experience. It can be surprising to see such things as flats of parsley starts in early March or the medicinal herb pleurisy root next to tiny Arctic strawberries or other exotics.

A year-round program, veggies are grown in greenhouses during the winter (where only organic pesticides are used) and sold at the Winter Market at the Rio Grande. Four inmates staff the booth at each market, offering information on their produce that they have learned about from the ground up. Jail staff is always there to oversee things.

The recently formed pond area is an attractive, 5-acre learning project requiring work in landscape design and maintenance, plus irrigation, water and wildlife management. In coordination with Utah Fish and Wildlife, the 1-acre pond has become a nursery for the Least Chub, an endangered Utah native fish. It attracts many other water-loving plants, animals and insects like ducks, geese and dragonflies.

The garden is staffed by Joshauh Murphy, a program coordinator, plus two part-time horticulturists and jail employees who supervise.

Lt. Javier Gonzalez, who oversees operations, says the program is therapeutic and helps in rehabilitating offenders. He credits its success and longevity to present and past administrations whose sheriffs and leaders have supported programs to train prisoners and make their jail time productive.

“Gardening can bring calmness to inmates who are in an environment that is high stress at times,” Salt Lake County Sheriff Rosie Rivera says. “It helps with self-esteem and brings a sense of accomplishment to the inmate when they have an opportunity to channel negative or aggressive energy into the creation of something beautiful and beneficial. The garden also provides a soft visual contrast to the institutional setting of a correction facility. I am grateful to the Salt Lake County Sheriff’s Office personnel and volunteers who make the horticultural program a success.”

When inmates complete the program, they leave with an Excellence in Gardening certificate, meaning they’ve had 16 hours of training in horticulture and agriculture. They also receive a food-handler permit. Supervisors have been known to write recommendations in support of these men getting hired on with landscape companies or nurseries. Some even leave with high hopes to start a business. However, it is unknown if they do use their horticultural training, Gonzalez says, because the jail doesn’t track the participants.

The garden is beautiful and colorful, in healthy balance and well maintained. Anyone interested in gardening will likely be impressed and learn from visiting it. Until the end of season, hourlong tours are offered the last Thursday of the month and are conducted by a horticulturist. Prisoners will be in the garden during the tour. No guests under 16 are permitted nor are personal items such as cell phones and cameras. 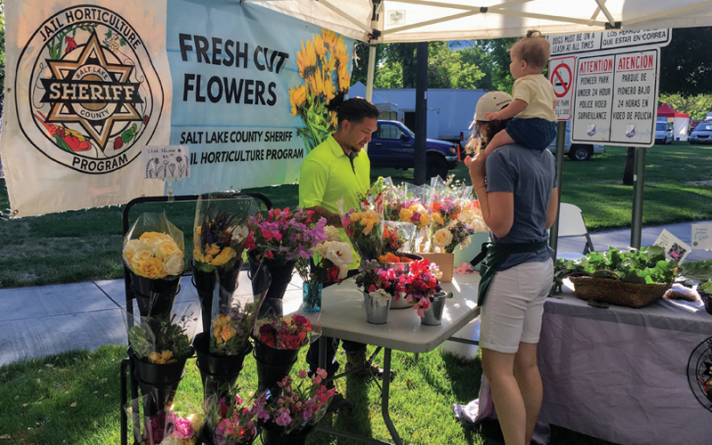