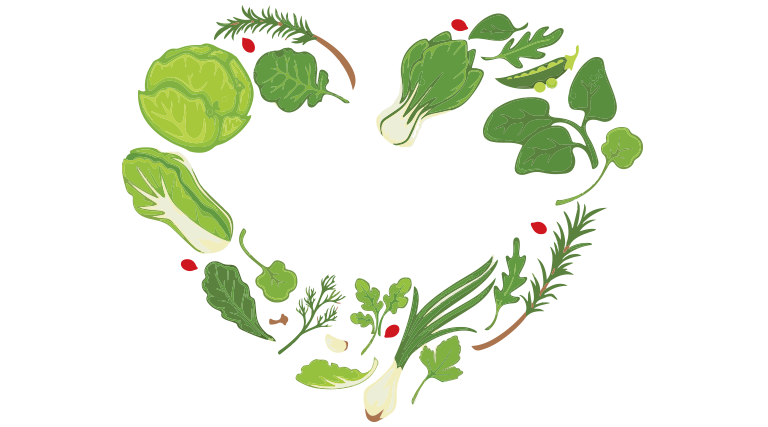 Many greens for spring salads are now ripe for pickin’

It’s May, and your garden is likely popping with herbs and cool-tolerant greens and vegetables. Tender lettuces and young leaves from chard, kale, spinach and beets are ready to eat. Peas, radishes, asparagus, rhubarb and strawberries soon will ripen.

The early spring garden offers fresh, super nutritious, tender new growth and fantastic flavors—all of which lend themselves to cool and warm dishes. Salads can be made of leafy mixes with chopped herbs added for extra flavor. Sour cream, yogurt and hummus dips can benefit from herbs, as can sandwich spreads made with mayonnaise, cream cheese or butter.

Garden sage, rosemary and thyme are perking up from their winter slump. Chives might be blossoming with pretty pink flowers that can be pinched off and used by separating the blossoms, providing a burst of onion flavor in salads and dips. Chives die back when the weather heats up, but they’ll return in the fall.
Parsley from last year might appear as if it will produce again, but don’t be fooled. Parsley is a two-year plant whose only mission in its second year is to flower, go to seed and die. Thus, it’s best to plant more every spring.

Cilantro and sorrel, if planted early enough, should be perfectly leafy. Mint is starting to show, but its best flavor comes later, as with marjoram and oregano.

Heat is not a friend to fresh, young, delicate herbs, but warmth releases their essential oils and can help infuse a dish with their flavor. Add them to egg dishes like quiche and omelets, and they complement pasta dishes of all sorts. Drain the pasta and while it’s still warm, drizzle with oil and toss in baby spinach, beet greens and chard along with a generous amount of chopped herbs. Serve immediately.

When barbecuing, marinate chicken or fish in an olive oil and lemon juice mixture that includes a handful of chives and lemon thyme. Yes, high heat is necessary, but even when the herbs char a bit, they are still delicious. 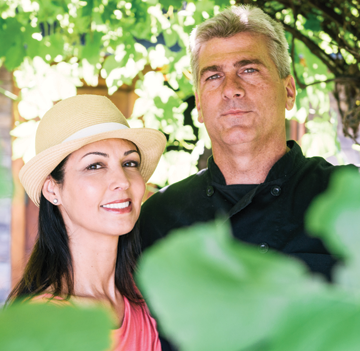 Chef Grown Le Potager Supplies Restaurants
Ken and Trish Rose supply two of their restaurants, Tiburon (8256 S. 700 East, Sandy, 801-255-1200, TiburonFineDining.com) and Hoof & Vine (7680 S. Union Park Ave, Midvale, 801-569-4645, HoofAndVine.com), with fresh produce and herbs from their large, garden complex. Named Le Potager, it was established in 2016 it and has been certified by the National Wildlife Federation as an organic ecosystem garden. Chef Ken uses their fresh thyme and parsley to make his delicious veal stock. He crushes fresh rosemary with black peppercorns for the rub for his popular New Zealand lamb tenderloin.

Trish, who oversees the garden, reports that cilantro grows abundantly in the spring. They add it to their pineapple fried rice served with the Ahi tuna entrée. Their strawberry patch seems huge, but they comment that, though prolific, they need to plant more to supply their restaurants. 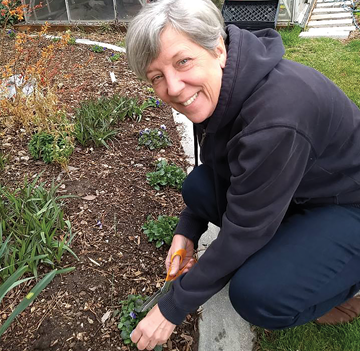 Flower Power at Diane’s Garden
Diane Blackburn of Diane’s Garden (801-272-7248, Facebook.com/DianesGarden) turns her entire yard in Millcreek into a mini farm and grows enough to supply her CSA. While she specializes in organic heirloom and hybrid tomatoes, she shares her knowledge of early spring gardening, starting with greens and lettuces.

Mache—a smooth, non-bitter lettuce—is very early. Also known as corn or lamb’s lettuce, it’s been grown in Europe for centuries. Seeds were brought to California by some enterprising chefs, and it has gained in popularity.

Blackburn says to look for pretty, red-leaf lettuce (Red Sails) and Black Seeded Simpson as well head lettuces like romaine and butter. Combine any or all of these to make your own mesclun mix. Early spinach, beet greens and arugula can also be added.

Blackburn raves about edible flowers such as Violas and Nasturtium leaves, which she says are mild flavored and silky. Sweet violets are also fun to nibble on.
Some wintered-over vegetables like broccoli are at their best now, she says, and encourages enjoying the early flowers of kale. Overwintered carrots are especially sweet because the sugars have accumulated. The green leafy tops have died off so they might be a little hard to find.