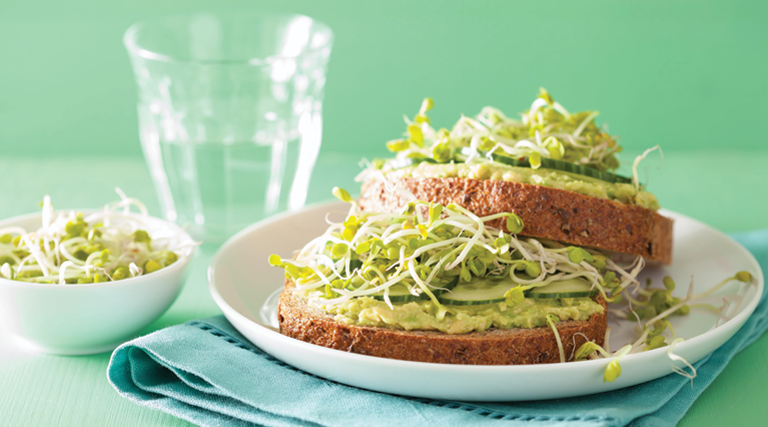 It’s all fun and games until the bill comes due

Avocado toast is having quite the moment. Toast, in general, is figuratively on fire, the carb darling du jour at coffee shops everywhere. And avocado is in the midst of a boom all its own. Worldwide, we are eating more avocados than ever.

Avocados have lots of fat and hardly any carbs, making them a favorite among low-carb dieters. As evidence of their fat content, the texture is buttery, and spreads perfectly on the sharp, pocked surface of the hot toast, where it forms a creamy, crunchy, chewy layer of food that you are happy to savor.

But beware. There are dangers lurking beneath the crispy, possibly pre-buttered surface of that avocado toast.

An injury known as “avocado hand” has emerged recently in England, where avocado consumption has leapt by more than 25 percent annually in recent years. The broad diagnosis of avocado hand includes various form of self-inflicted knife injuries, some of which require surgery, that occur during pit removal.

“People do not anticipate that the avocados they buy can be very ripe and there is minimal understanding of how to handle them,” plastic surgeon Simon Eccles told the UK’s Times. “We don’t want to put people off the fruit, but I think warning labels are an effective way of dealing with this.” Eccles recalls treating as many as four cases of avocado hand in a single week.

On this side of the pond, things have not reached epidemic stage, although Martha Stewart admits to more than one avocado-related injury. I see on the internet that she now holds the pit-containing half with a folded kitchen towel, which protects her hand from the occasional epic fail.

I now watch avocado-toast videos in a state of suspense, which only builds as the avocado waits quietly on the cutting board. Flinchy moments are not hard to come by. One hostess announced, “And now I’ll take the pit out, by stabbing and twisting.” Another commanded her viewers not to sue.

As if avocado hand isn’t enough to worry about, aficionados recently learned about yet another hazard they must face: a lifetime of renting.

Australian real-estate tycoon Tim Gurner insinuated that young workers are unable to afford property because of frivolous spending when he told Australia’s 60 Minutes, “When I was trying to buy my first home, I wasn’t buying smashed avocado for $19 and four coffees at $4 each.”

Predictably, Gurner was maimed on social media and in the news. Several teams of journalists crunched their local housing and avocado-toast numbers to determine how many average-priced orders it would take to forego the average house. Others looked at the math of making avocado toast at home, where one would have to add caviar and a poached dodo egg to get the price tag above $5 for two slices.

Meanwhile, it is entirely possible to pay a lot more for toast in the city than the $19 figure Gurner tossed out. Perhaps he had a point.

Speaking of price, in 2017, the cost of avocados skyrocketed, thanks in part to severe floods in South America. But not to worry, because in Mexico, huge swaths of old-growth jungle are being clear-cut in order to plant more avocado trees, all so avocado-toast lovers can mutilate their hands.

I first heard about this version of toast years ago—before most hipsters even knew what a macchiato was—from an aspiring coffee shop owner whose wife had just returned from a trip to Los Angeles. I thought it was the silliest thing ever. Now, a decade later, my friend lives in a house that was basically paid for by avocado toast—his best-selling slab. When I asked my friend if he found it troublesome that millennials are trading their dreams of home ownership for some overpriced calories made by some dude with a beard, he was philosophical.

“The real question,” he suggested, “is ‘which is more important: a new house or avocado toast?’”

And if you happen to be in Australia, that latte on the side can be served in an avocado skin.

My friend’s avocado slab is built on a thick slice of toasted sourdough loaf. Half an avocado is smeared on, and dressed with salt, pepper and coconut oil.

Personally, I prefer a good olive oil to most coconut oils available on the market. And I fancy a squeeze of lemon or lime.

After the pit has been safely removed, I gently slice the flesh with a butter knife, while the peel is still on, and then squeeze it onto the toast and mash it around. Before adding the oil and lemon, consider adding whatever seasonal delicacies you can assemble.

You can throw on a thin slice of radish or turnip or tomatoes. A poached egg is a decadent addition to anything, including avocado toast. Some leftover chicken toasted on the bread and sprinkled with cheese can be smeared with avocado with glorious results. Spinach pesto, pickled jalapeños, capers, salt and pepper chile flakes all work just fine with avocado toast. Just watch that knife.