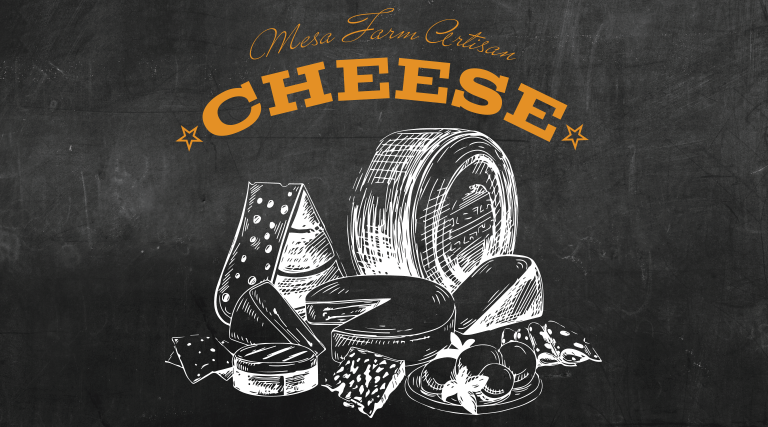 Hang on folks, we’ll be right with you,” Randy Ramsley calls out from the back of his Mesa Farm Market kitchen to the visitors who just came in the swinging screen door at the front of the store. “Right now’s the tricky part.” 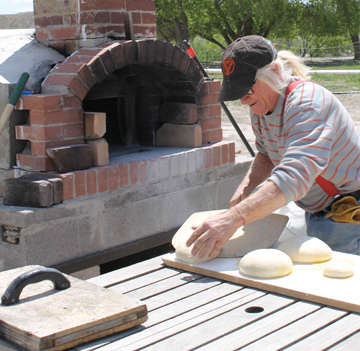 The tricky part he’s referring to is flipping the heavy wheels of fresh-pressed goat cheese that had only minutes ago been curds pulled by the ladle-full from the pasteurizing tank and then hand-pressed into plastic forms by one of the farm’s interns, Meghan Chamberlain. “It makes me nervous every time,” she says of the cheese making and flipping process. “If it’s a humid day, [Ramsley] adds one more drop of this or that. It’s all done from experience, and it’s all in his head.” I’m nervous for her, just watching.
Her concerns reflect the tight springtime profit margins of the 50-acre Mesa Farm operation, located at milepost No. 102 on Highway 24 east of Capitol Reef National Park, affectionately known as “the little purple store on Highway 24.” When the nanny goats are still nursing kids in early spring, the farm only does one milking a day, resulting in just 12-15 gallons of fresh milk from the 35 goats. That translates into just over one large wheel of their famous Alpine style semi-hard Mesa tomme cheese per day, or about six gallons of creamy chèvre or yogurt. Ramsley makes fresh bread and massive cinnamon rolls daily in the outdoor brick oven, and depending on what’s ready to harvest, the farm also sells fresh vegetables, fruit from their tidy orchards, eggs from their happy flock of free-range chickens and whatever canned or fermented foods they have time to produce. 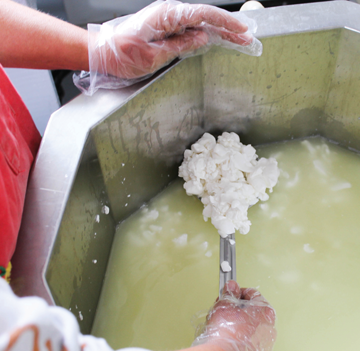 Small-scale farming is something Ramsley deeply feels that he was meant to do. Growing up in South Dakota, he loved nothing more than being with his grandmother in the garden and helping bake bread in the cast iron stove in her farmhouse kitchen. But when he attended high school in the 1960s, he says, “It wasn’t cool to be a farmer.” So he pursued other work while keeping envious tabs on the back-to-the-land movement as it developed in the 1970s. Some years later, he fell in love with the Fremont River valley while canyoneering in nearby Capitol Reef but was told by a real estate agent that land never comes up for sale in the area. Serendipitously, two weeks later the agent called Ramsley back saying a parcel was available in the area he was looking. He bought it and has been farming this hardscrabble land going on two decades, building a sustainable farming environment—with animals fertilizing crops, which, in turn, feed people and animals.
In retrospect, Ramsley says that he, like many of us, got in his own way of positive change running the farm. “If we see only what we cause, not what our cause should be,” he says, we miss out on a lot in life. For example, he had been making fresh cheeses like mozzarella and chèvre, but learned to make his spectacular tomme from a French woman named Rosalie who was passing through the area on vacation and decided to stay and make cheese at Mesa Farm. Things happen for a reason, he says, just like cheese making happens differently in every batch. “I’m not very scientific about cheese,” he says with a grin and a twinkle of his bright blue eyes. “I prefer the magic.” 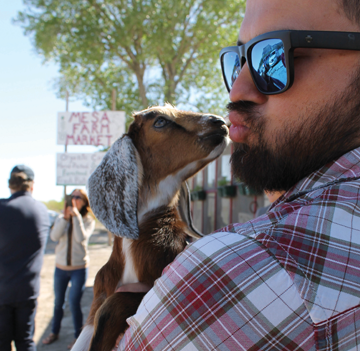 As Ramsley shows me around the farmstead, we’re inevitably drawn to watching the goats—including dozens of nimble baby kids, adorable with their head butting, whirling jumps and generally stinking cute antics—scramble along a vibrant green swath along the Fremont River. “That’s rabbit brush they’re eating right now,” Ramsley says. “It has anti-parasitic qualities and the goats love to eat it this time of year.” That bright, grassy and slightly herbaceous mild flavor comes through in the goat milk and by extension, into Mesa Farm’s roster of cheeses as the seasons and vegetation change. Much like wine reflects the terroir, or environment of its origin, the flavors of farmstead cheese have their own origin tales, told through the goats’ pasture and grazing. Ramsley also makes fresh feta that cheese expert Matt Caputo claims is, “Seriously, the best feta I’ve ever tasted, anywhere. And I’m Italian and Greek.”

Back at the Mesa Farm store, four more visitors walk in the door. One couple says they’re visiting from New Hampshire, saying, “We were drawn in by the ‘organic coffee’ sign,” and order two cups and a couple of salads, saying they were thrilled to see some healthy eating options on the road for a change. Two younger men come in, but see that Ramsley is grinding beans for the coffee, and walk right back out. Ramsley just grins and points to a Slow Food sticker bearing the motto, “Slow the fork down.” He says with a wry smile, “If someone asks me how long will it be to get a cup of coffee, it’s probably too long for them.” He walks out to the greenhouse to hand-select the greens for the salads and pulls some loaves of bread from the outdoor oven. The New Hampshire couple “ooh” and “ahh” over their salads served with fresh feta and still-warm bread, and linger for almost an hour savoring their coffee on the screened-in porch. They buy some cinnamon rolls and a hearty chunk of tomme for the road, with smiles exchanged all around. Ramsley thanks them for coming in and for their patience on a busy day. “We’re a farm that just happens to serve food, not a restaurant that’s on a farm,” he says. Slow the fork down, indeed.