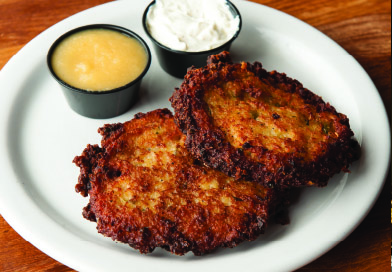 Prime rib. Duck. Tri-tip. Ham. Goose. Turkey. These are the more traditional dishes you find on white table cloths during the holidays. However, this is America. And while America has traditions of its own, it is also a nation of immigrants. Here are a handful of tantalizing, nontraditional holiday dishes from around the globe—ones that you can find right here in Salt Lake City. So cheers, salut and buen provecho!

Potato Latkes
A traditional Jewish dish, potato latkes are shallow pancakes made out of shredded potatoes that are fried and topped with apple-sauce for Hanukkah. The oil is important, as the holiday itself commemorates the miracle of the lamp oil in the Holy Temple of Jerusalem.
Feldmans Deli
2005 E. 2700 South, SLC
801-906-0369
FeldmansDeli.com 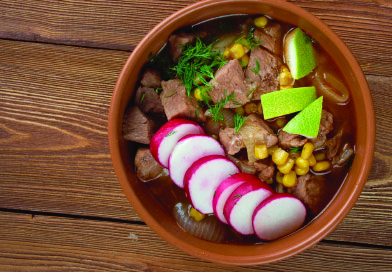 Pozole & Tamales
Pozole is a celebratory Southwestern soup typically made with pork (or chicken, lamb, etc.), red chiles, cabbage, radishes and cilantro. The Christmastime dish is reddish orange in appearance and considered by some to be an excellent hangover cure. Jorge Fierro of Rico serves pozole & tamales at the Rico Winter Farmers Market booth in the Rio Grande Building. It’s also available in stores during the holidays or you can find it at the little known, but wonderful restaurant, Julia’s Mexican Restaurant.
Julia’s Mexican Restaurant
51 S. 100 West, SLC
801-521-4288 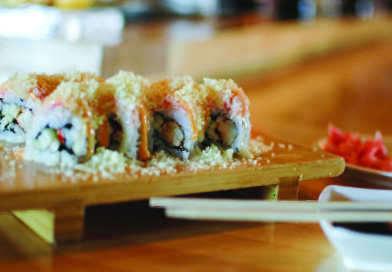 Sushi
More in celebration of the New Year than Christmas or Hanukkah, many Asian cultures celebrate this time of year with specialties of their regional cuisine. My wife is half-Japanese and each year on New Year’s, the family would gather for sushi at her grandma’s house. It’s impossible to beat Takashi or Naked Fish for world-class sushi, but if you’re looking for low prices, Ichiban Sushi & Asian Grill offers deals that are hard to pass up. Try the Rocky Mountain or Crunch Salmon rolls.
Ichiban Sushi & Asian Grill
3424 S. State, SLC
801-486-8882 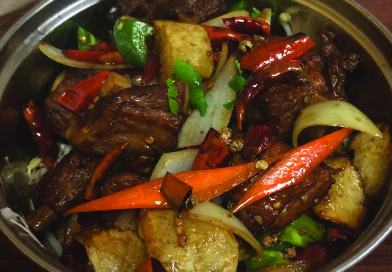 Chinese Traditions
There’s a culinary tradition of sorts for urbanites on Christmas: Chinese food. Chinese restaurants often are the only places open on Christmas. So if you’ve burnt the ham or dried out the turkey—or just don’t feel like cooking on Christmas—try the newly opened Red House, located in the middle of an inconspicuous strip mall off State Street. It has great noodle and soup dishes, dumplings and authentic Sichuan and Chongqing cuisine. The pork ribs with black pepper sauce and the mu shu chicken are incredible for the holidays, or at any other time. ❖
Red House
1465 S. State, SLC
801-821-3622
RedHouseSLC.com