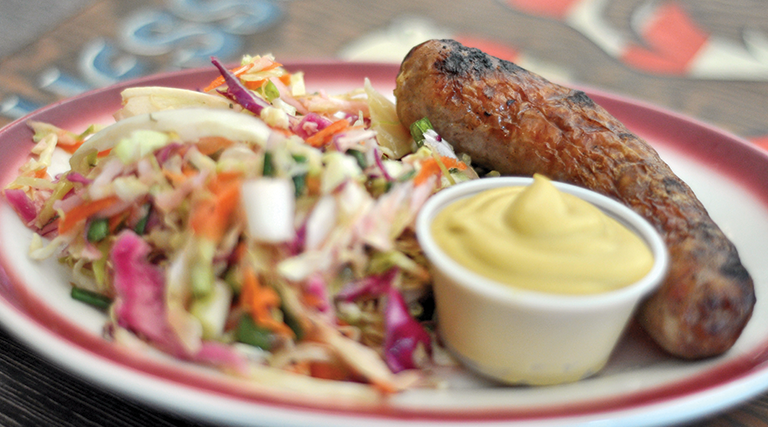 This cheerful, bustling, casual eatery offers a one-stop shop for dining in, take out, deli meats and cheeses, German groceries, European-style baked goods and assorted kitsch. A popular lunch spot for downtowners, the restaurant is known for its hot German specialties served cafeteria-style. The line to the food counter can appear daunting, but it moves quickly and service is brisk. Tables are located near large streetside windows and in a more private dining area in the back room.

From Thursday through Saturday, Siegfried’s is also open for dinner, featuring specials such as rouladen or cabbage rolls. It’s a great casual pre-theater dinner spot, with Capitol Theatre and the Eccles just a few minutes’ walk away.

Old-timers still think of this location as relatively new, but owner Daiva Stankyavichyus, a Siegfried’s employee for 30 years, reminds us the deli moved to its current location 15 years ago from its original spot on Broadway. Siegfried’s was founded in 1971 by Siegfried Meyer, a German native who moved to Utah and dedicated his energy, enthusiasm and culinary expertise to transform an old grocery store into a unique German deli. “He used old recipes that he had researched,” Meyer’s son, Christian Meyer, recalls. “He also went to a sausage-making school in Germany.”

In the beginning, Meyer’s sausage kitchen was housed behind the original restaurant that also featured a German “tastes of home” grocery store. To this day, the staff makes all the sausages in-house, including bratwurst, knockwurst, weisswurst and German wieners. 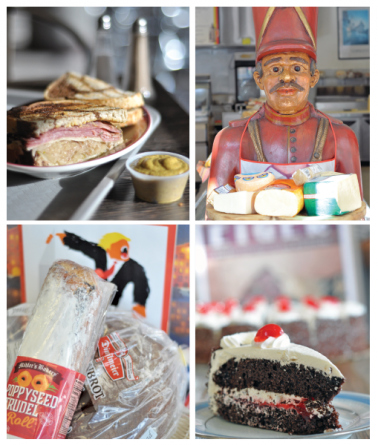 Meyer sold the restaurant to Stankyavichyus in 2005 and died in 2016 following a motorcycle accident.
A visit to this eatery is like a food tour of Germany—and there aren’t many places like it in Utah to satisfy such cravings. The hot dishes include Reuben sandwiches, bratwurst, Wiener schnitzel with spaetzle, brown gravy and red cabbage, and warm German potato salad, which is a delectable blend of potatoes, bacon, onions and red wine vinegar. The Wiener schnitzel is made from a German recipe using very tender cuts of lean pork that are dipped in breadcrumbs and deep-fried, then served piping hot with lemon wedges. The coleslaw is tangy and delicious. Most entrees come with two sides that are plated while the schnitzel is being fried. There’s also traditional goulash and borsch soups.

“Customers can order food to eat in, or we will deliver, or you can come in and pick it up,” Stankyavichyus says. The bakery counter by the cash register is filled with European delicacies such as German chocolate cake, Black Forest cake, apple strudel, napoleons, éclairs and marzipan, all baked fresh daily.

The cold-case deli houses some 20 cheeses including the aromatic German Tilsit sharp, which is excellent on sandwiches, cold or grilled. Melting it over chicken or burgers or potatoes is another way to enjoy its taste. They also sell plain and dill havarti, Muenster, Gruyère and Jarlsberg. There are 20 or so meat options, including bratwurst, bologna, bacon, ham, chicken and more.

You can find European-style breads from Mahlers Bakery in California and rye bread from Dimpflmeier Bakery made with natural spring water, as well as marble, pumpernickel and sourdough breads and wheat Kaiser rolls.

The grocery shelves line the walls of the dining area and include authentic German cookies, cakes, chocolate and candies, as well as spices, baking supplies and other groceries. There’s even German language magazines and periodicals.

Where we would be without the flavors and aromas of the Old Country that are enjoyed here? We’d certainly be scrounging for a passport.