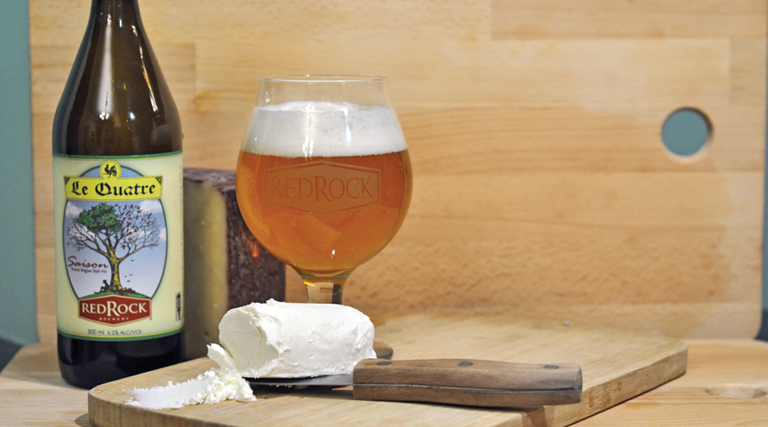 What do frat boys and monks have in common? An enthusiastic appreciation for beer and cheese. Whether washing down pizza and nachos with a can of Bud Light or washing rinds of aging cheese with Trappist ale brewed in medieval monasteries, some might argue the marriage of beer and cheese is even more fitting than cheese and wine. One reason: The effervescence of beer is ideal for cutting through cheese’s inherent richness.

The second reason: chemistry. Both beer and cheese are derived from gramineae, the family of grasses that function as both grain for beer and feed for cows, goats and sheep, of which the final products are essentially carbohydrates (beer) and fat (cheese). It’s the same relationship that makes pizza, fettuccine Alfredo or a simple piece of cheese on a sliced baguette so delicious.

Here we break down some of the trickier cheese and beer pairings, lightest to heaviest, as a guide for your next cheese tasting, cocktail (beer) party or coursed dinner. All are available at state liquor stores or grocery stores, and all can be purchased directly from their respective breweries.

Burrata + Sour Fruit Ale
The simple pairing of fresh fruit and cream gets an adult twist when you combine soft cheese like burrata, mascarpone and brie with fruit-aged “brett” ales like Epic Brainless on Peaches, a Belgian-style ale with peach puree that has been aged in oak chardonnay casks. (Who says you can’t have wine and beer?) Less whipped cream and sugary jam, more just-picked stone fruit and dairy straight from the pail, this rustic pairing is perfect for kicking off a cheese and beer party or as a palate cleanser between courses.

Goat + Saison
To taste goat cheese and saison together is to transport yourself to a sunny day on the farm. This tart and earthy cheese may be mistakenly labeled as “barnyard-y,” but that’s all the more reason it finds its counterpart in traditional farmhouse ales like Red Rock Le Quatre Saison. Yeast-forward and moderately hopped, there is a bread-like quality to this beer that almost makes you forget you picked up a baguette on the way home, while the beer’s tart and citrusy top notes make goat cheese sing. Take this pairing to the next level with a buttery goat cheese and asparagus quiche.

Parmesan + Gose
What exactly is the flavor of Parmesan? Fruity, nutty, savory or sharp? Sometimes it’s hard to tell because the underlying note is so salty. Pair like with like and sip on Proper Brewing Co. Lake Effect Gose. Traditionally, Germanic gose is made with over 50% wheat, and Lake Effect is no different. It also showcases a touch of coriander and is brewed with local salt, bring a unique terroir to the table that sets it apart from most other Utah brews. Serve bright and refreshing gose with dinner alongside caesar salad topped with freshly grated Parmesan and anchovy. 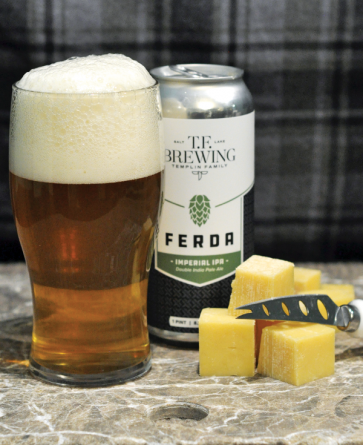 Cheddar + IPA
The rule of thumb for cheddar cheese goes like this: the sharper the cheddar, the hoppier the beer. And with such a wide variety of IPAs to choose from, you can customize your cheddar and beer pairings to your hearts delight. T.F. Brewing Co. Ferda Imperial IPA comes in at 8.2% ABV and is bursting with West Coast hops but finishes with slightly sweet and tropical notes, making it a crowd-pleasing hit. We wouldn’t expect anything less from owner Matt Templin, former head brewer at Red Rock Brewing Co. This cheese and beer duo is equally dynamic when cheddar is incorporated into mac n’ cheese or melted on top of a slice of apple pie. 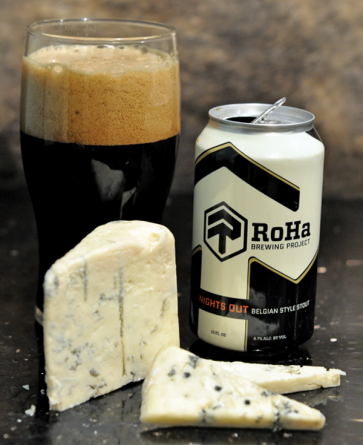 Blue + Stout
The bold and assertive flavors of blue cheese need a beer with backbone. Roha Nights Out Belgian Style Stout rises to the task with robust Belgian yeast, a hint of fruit and just the right amount of spice, resulting in a roasted, dark and chocolatey brew with generous head. When paired with the likes of creamy gorgonzola, Stilton or blue cheese, it easily holds its own as a memorable dessert to end your dinner party. For tastings, position this pairing last so it won’t overpower lighter selections.