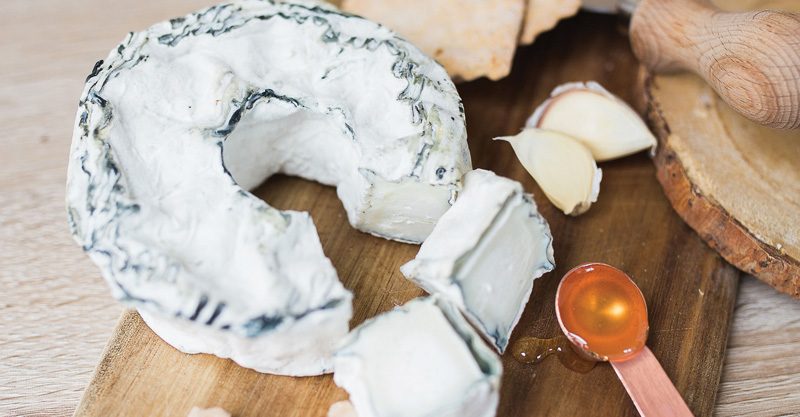 The people and places who make the wheels go ’round

When you think of Utah, “cheese” isn’t exactly top of mind—at least, not like it would be if you think of Wisconsin. Yet, in 2018, when the Dairy Farmers of America cooperative built a new facility called The Creamery, a retail store and farm-to-table experience highlighting family dairy farms, where did they locate it? Beaver, Utah, of course. With a full kitchen that serves up a dairy-based menu, The Creamery is a dairy destination for locals and travelers alike that tells a story dating back to 1952 when local farmers built the adjacent cheesemaking plant to supply the Beaver community with dairy products. Today, those products include signature cheese curds, specialty cheeses, ice cream and more.

So, we’re not exactly lactose intolerant here in the Beehive. Quite the opposite. Try getting tickets for the annual Chocolate and Cheese Festival at the Natural History Museum of Utah (to be held this year on March 28-29). We also have our own Utah Cheese Awards with winners announced in October that recognize the best in local cheese making.

So, if you’re surprised to learn about Utah’s cheese scene, we’ve highlighted a dozen local dairy producers for you to seek out and taste at local cheese counters.

Park City Creamery
Utah Cheese Awards’ 2019 Best in Show award goes to Silver Queen Goat Cheese with Vegetable Ash from Park City Creamery. The inspiration for Silver Queen comes from one of CEO, owner and cheesemaker Corrine Zinn’s favorite French recipes, which uses ash as a natural preservative, a treasured technique before the days of refrigeration. Local goat’s milk gives the cheese a unique terroir, complemented by a glass of sauvignon blanc or as a dessert with sweet Riesling. Available at multiple stores, including Caputo’s and Harmons. (Megan Wagstaff) 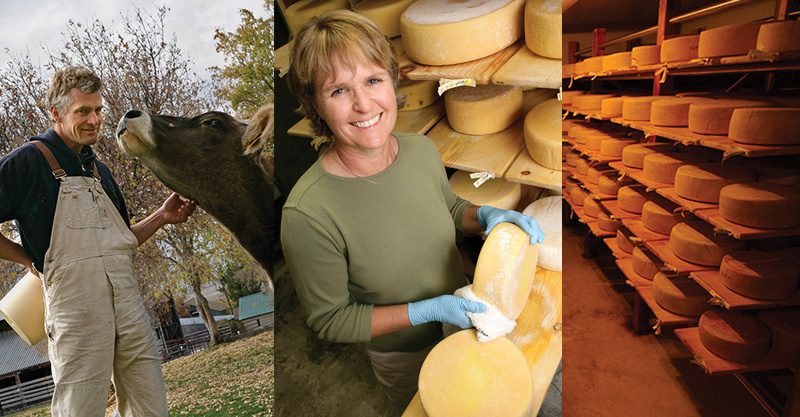 Rockhill Creamery
Raw milk, small batches, months of aging and time-tested European recipes. These are the characteristics all Rockhill Creamery cheeses share, including the Spanish-style Escalante Hispanco, one of the only Manchego-inspired cheeses in Utah. Run out of a historic farmstead dating back to 1893, owners Pete Schropp and Jennifer Hines have been making cheese in Richmond since 2005. Rockhill Creamery is open to the public on Saturdays, June through September. The rest of the year, shop for their cheese online or at Liberty Heights Fresh. (Megan Wagstaff) 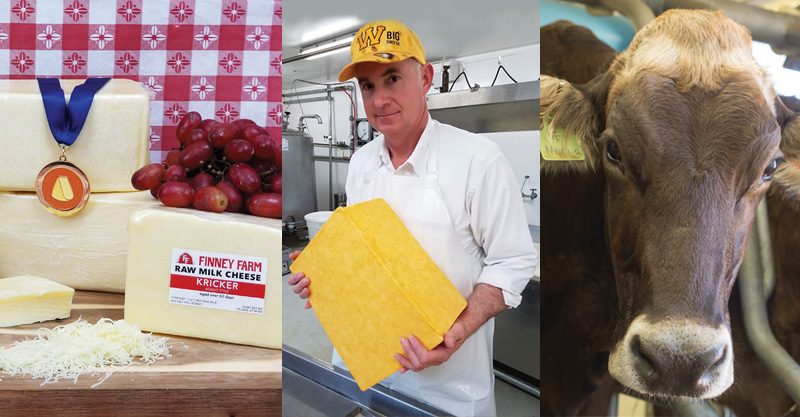 Finney Farms
Back in 1986, Southern Utah’s Finney Farms was no more than five dairy cows and a little red barn. Today, their 52 grass-fed Brown Swiss cows produce enough milk to sell cheese at four locations in the St. George/Hildale area. Owned by FLDS member Winford Barlow, Finney Farms fills a unique niche in the local cheese scene—one the family whole-heartedly embraces, as is evident in their gold-medal cheese, Kricker, a nickname for the people who live in the polygamist town of Short Creek. Winning top honors in the Alpine category at the 2019 Utah Cheese Awards, Kricker nods toward Asiago with a soft, creamy bite perfect for pizza and pasta. (Megan Wagstaff) 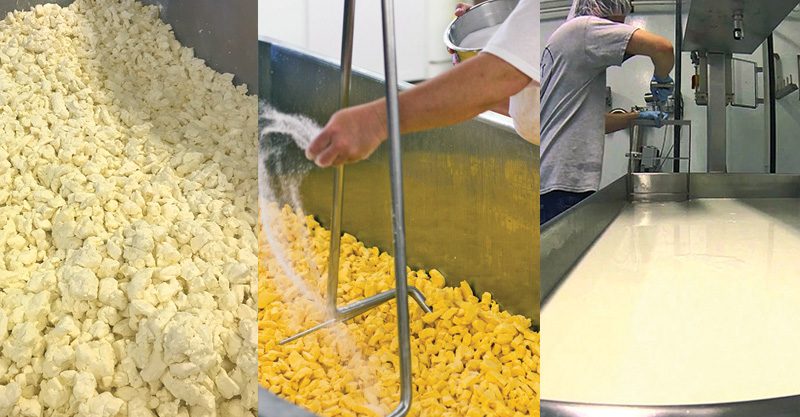 Hollow Farms
Curd is the word when it comes to cheeses from Hollow Farms’ owner Mike Hunsaker and cheesemaker Derrick Brammer. In 1999, Mike opened Hunsaker Meats in Tooele, later expanding the business to the old Stockton Post Office, which he turned into a cheesemaking facility called Hunsaker Specialty Cheeses. All six flavors are made with dairy from a co-op out of Delta. Find Hollow Farms’ curds (also known as squeaky cheese) at summer farmers markets, Macey’s and Harmons grocery stores or at their storefront, open Monday–Saturday. (Megan Wagstaff) 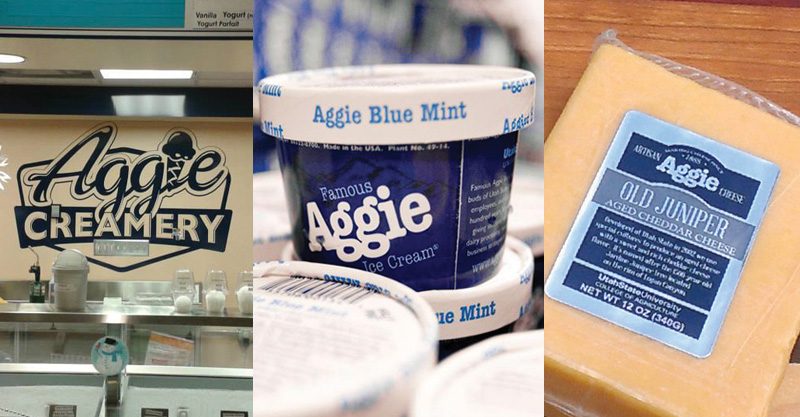 Aggie Creamery
When we think of cheese, often the first rind to mind is cheddar. And if you want gold-medal cheddar, you have to try Old Juniper from Aggie Creamery, first-place winner in its category at the 2019 Utah Cheese Awards. Known for its agricultural chops, Utah State University is home to the Aggie Creamery, which dates back to 1888, and the school has been teaching cheese making as part of its curriculum since 1922. Shop Old Juniper and other wedges at its storefront, Aggie Ice Cream, where you’ll also find a variety of scoops like Aggie Blue Mint, their take on mint chocolate chip, in homemade waffle cones. (Megan Wagstaff) 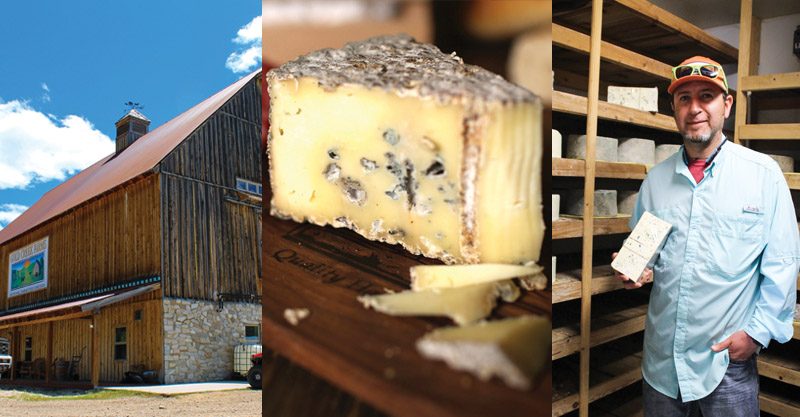 Gold Creek Farms
Known for their award-winning smoked cheeses, it might be easy to let Gold Creek Farms’ Woodland Blue Cheese go unnoticed. But you’d be remiss if you did. Local blue cheese is a bit of a rarity in Utah; it takes time and patience to create the perfect wheel, and cheesemaker Fernando Chavez-Sandoval does it right. Along with owners Alan and Debbie Gold, the trio have been working since 2007 on 130 acres in Woodland to create their artisan offerings, which you can purchase directly from their barn storefront or online. They also offer selections at Whole Foods, Harmons and Liberty Heights Fresh. (Megan Wagstaff) 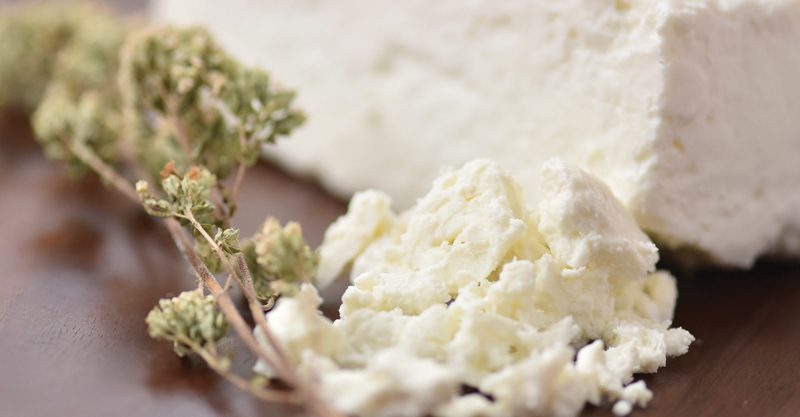 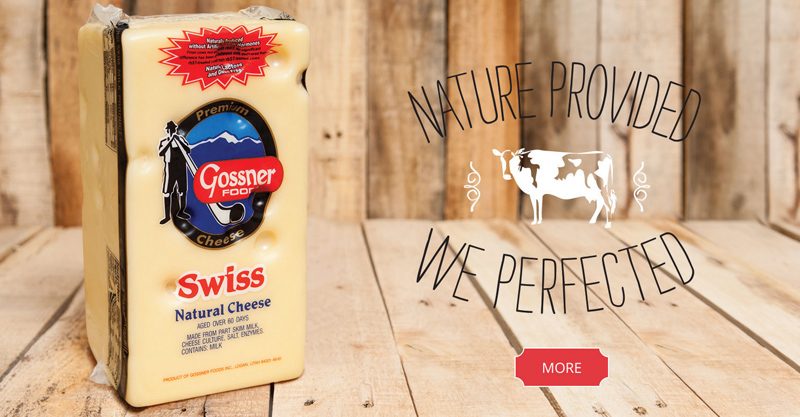 Gossner Foods
When it comes to Swiss cheese, the wheels at Gossner Foods are the real deal. Emigrating from Switzerland in 1930, founder Edwin Gossner Sr. eventually settled in Cache Valley, an ideal climate and elevation for making our holey hero. With the abundance of dairy cows in the region, Edwin was running the largest Swiss cheese factory in the world by 1946. Taste the family’s original recipes, Traditional Swiss (aged for 60 days), mild Baby Swiss and full-bodied European Style Swiss, at their Logan store or shop online. (Megan Wagstaff) 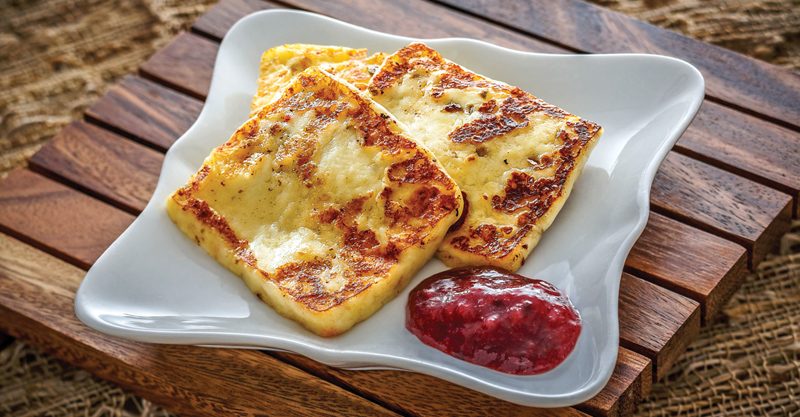 Heber Valley Creamery
The Kohler family of Midway and their 150 dairy cows have a lot of award-winning cheeses under their belts. Boasting medals from the prestigious American Cheese Society and US Cheese Championships, any of their two dozen plus artisanal varieties are a welcome addition to your cheese board. If you’re looking for something unique, try the Juustoleipä (pronounced oo-stay-lee-pa). A Finnish word meaning “cheese bread,” it’s meant to be grilled, fried or baked and tastes delicious with jam. Pick some up at the Creamery in Midway, which also offers tastings, classes and tours. (Megan Wagstaff) 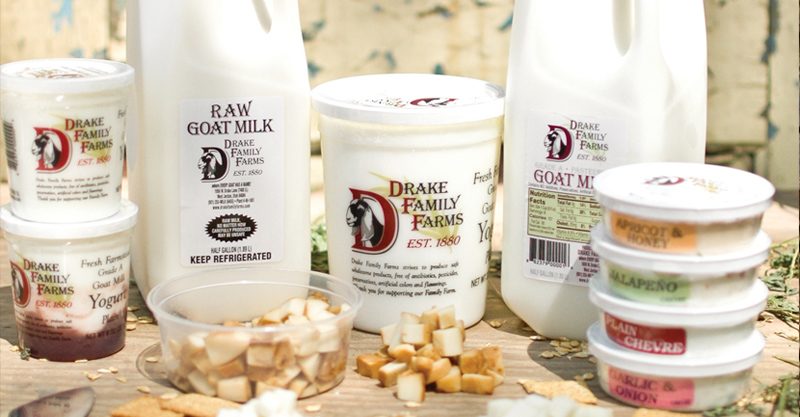 Drake Family Farms
If there’s one thing to be said about Drake Family Farms, it’s this: These guys know their goats. Each has a name and is treated like a pet, and all their goats are registered with the American Dairy Goat Association. Owned by Ron Drake and his wife Jeanette, who is also the head cheesemaker, they specialize in fresh goat’s milk, yogurt and goat cheese. Taste their creations at their Farm Store, as well as at seasonal farmers markets and a variety of grocery and specialty stores. Visit their website for a complete list of vendors. (Megan Wagstaff) 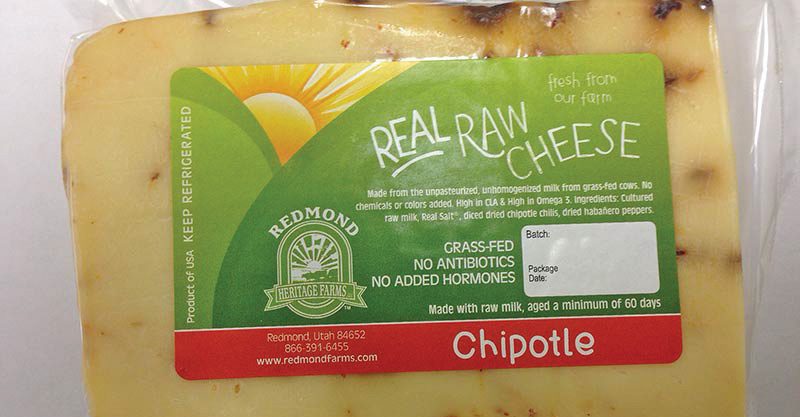 Redmond Farms
Real Raw Cheese comes farm fresh from grass-fed cows in Redmond. Using cultured raw milk that is neither pasteurized nor homogenized, these handcrafted cheeses are aged a minimum of 60 days and include sharp and mild cheddar, mozzarella, pepper jack and chipotle varieties. They allow no antibiotics, hormones, chemicals or colors in their products. Order online or visit locations in greater Salt Lake City. (Jerre Wroble) 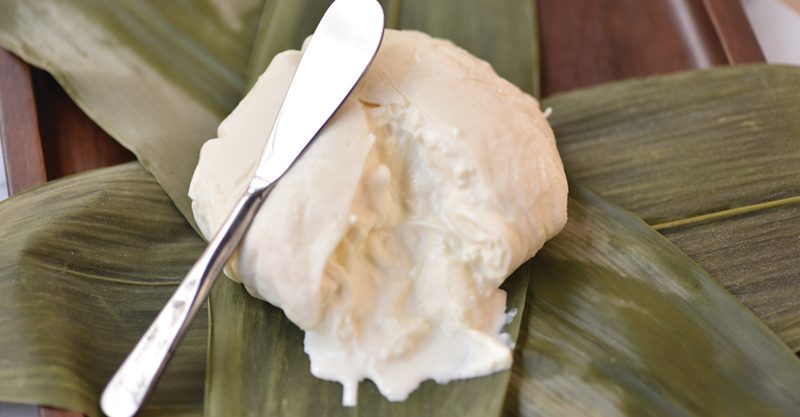 Caputo’s
Making burrata came as a necessity for Caputo’s after imports were halted about eight years ago. The time-consuming process—about five hours to make a 20-pound batch—has since become a labor of love. Burrata is made by taking stracciatella—a byproduct from making fresh mozzarella—and piling it into the curd, fashioning it into a sack and adding heavy cream that separates from the mozzarella. Caputo’s burrata ($21.99 per pound) won silver at the Utah Cheese Awards, 2019. (Aimee L. Cook)