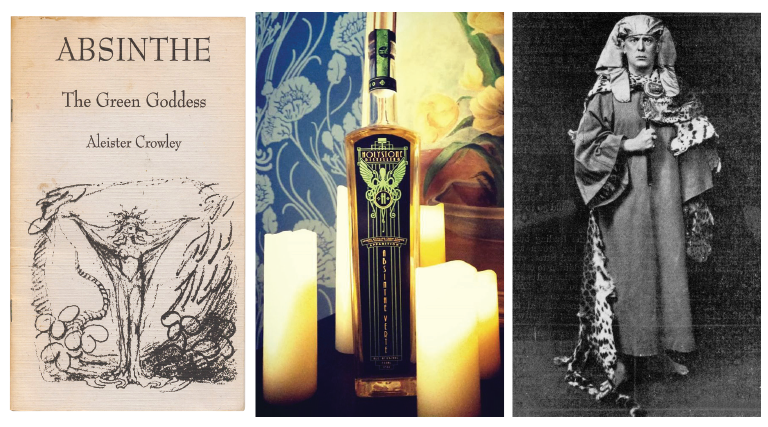 My ideal way to spend a long winter’s night surely includes snuggling up with both a serious cocktail and a not-so-serious book. In every genre from philosophy to poetry, lauded classics to campy steampunk, it’s a proven trope that spirituous liquors will surface as either the inspiration for or as the bane of many a writer’s existence.

I know I’ve relished quite a few “finally hit the ‘send’ button” tots of whiskey following particularly angsty bouts of figurative (OK, and sometimes literal) writers’ tears. This edition of Devour Utah’s Spirit Guide takes us on a journey of some of our favorite locally produced libations and drinks inspired by literary legends.

I deferred to one of the smartest and most well-read distillers I know (and that’s saying something—they’re fundamentally a fabulously literary fellowship) to follow the twisty history of absinthe-inspired writers. Ethan Miller, lead distiller at Holystone Distillery and rare spirits resuscitator of the first degree, recently developed a wormwood and fennel forward resurrection of that illustrious pale green spirit, absinthe.

Made most famous by its very high ABV and supposed hallucinatory character (the former correct, the latter mythological), absinthe was freely imbibed by Impressionist artists and illustrious literati during the turn of the 20th century. Considered one of the most scandalous men of his time, writer, occultist and raconteur Aleister Crowley wrote a lyrical ode to The Green Fairy, aka absinthe, in 1918. Apocryphally, he penned this essay at the Old Absinthe House in New Orleans while waiting for a (ahem) lady companion and sipping copious amounts of smuggled potent Swiss absinthe.

Miller’s favorite passage from Crowley’s essay reads, “But I can taste souls without the aid of absinthe; and besides, this is the magic of absinthe! The spirit of the house has entered into it; it is an elixir, the masterpiece of an old alchemist, no common wine.”

Recipe: In the spirit of Crowley himself, Miller and I prepared our absinthe in the traditional fashion. We perched a slotted absinthe spoon topped with a raw sugar cube over an absinthe-filled cordial glasses and dripped in ice-cold water until the absinthe reached the desired sweetness and dilution suited to our individual palates. 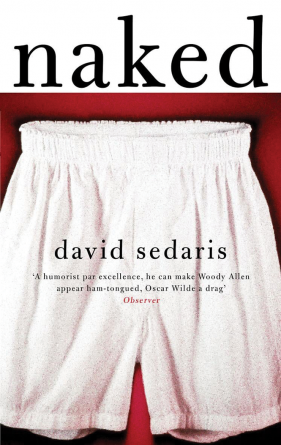 True story: I’ve snort-laughed innumerable sips while reading David Sedaris and learned the hard way to make sure my hot toddy has cooled a bit if I’m planning to sit down with a Sedaris tome. His collections of memoir-ish short stories like “Holidays on Ice” (the Christmas elves!) are tales of hyperbolic hilarity many of us may relate to in the dénouement following a hectic holiday season.

One of my favorite Sedaris encounters happened when I didn’t actually get to meet him in person: I very flakily bailed on going to a Phoenix, Ariz., book signing for his 1997 release of Naked due to a deadline for my master’s thesis committee. One of my BFFs went in my place and later gifted me with a signed copy of the book with the inscription: “To Darby, So sorry I missed you but it’s not my fault you’re in graduate school for public history. —David Sedaris.”
Years ago, Sedaris recognized that many of the self-destructive drinking mechanisms he learned at the family table (and bar) were interfering with his work, relationships and health, and he quit drinking.

Says Sedaris of his family’s dynamic in Naked, “We were not a hugging people. In terms of emotional comfort it was our belief that no amount of physical contact could match the healing powers of a well-made cocktail.”

As Sedaris’s descriptions include consumption of everything from cheap Scotch to rare French wine vintages, I’m sticking with his (equally funny) sister Amy Sedaris’s suggestion for a simple entertaining DIY drinks station: A bucket of ice, an array of full-sugar Mexican colas and random booze for self-mixing. Add a pecan-crusted cheese ball served with blue corn tortilla chips, of course, for cocktail-hour noshing. 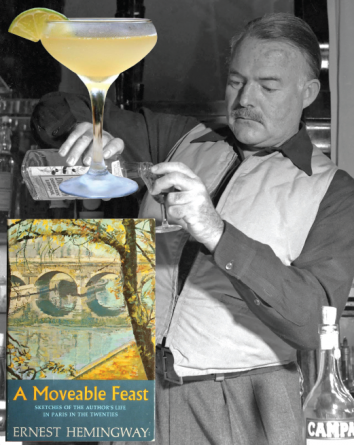 “I drink to make other people more interesting,” is probably the most on-the-nose of Ernest Hemingway’s attributions. Famous as much for his written words as for his larger than life persona, bars from Havana to Paris laud Hemingway’s drinking legacy in the form of quotes, recipes and accumulated cocktail-related ephemera.

His first major novel in 1926, The Sun Also Rises, chronicled hard-drinking, absinthe-fueled exploits of jaded American and British post-WWI expatriates in Spain and France. On the advice of a friend and fellow “Lost Generation” ex-pat in Paris, Hemingway was encouraged to visit Cuba and Key West, Fla., places that appealed to his gusto-driven lifestyle and fascination with unique environs and character-rich people.

When I visited the Hemingway Home in Key West years ago during a trip retracing Hemingway’s sport-fishing haunts, I was as much captivated by the challenging fly fishing as by the polydactyl (six-toed) feline inheritors of his estate and, of course, the region’s citrus-forward cocktails.

My go-to Hemingway staple was influenced by his many years visiting and living in Havana, Cuba: the Hemingway Special Daiquiri aka “Papa Doble,” as it’s called when served as Hemingway ordered, double strength.

To a shaker filled with ice add all ingredients. Shake until tin is frosty, strain into a coupe class. Garnish with lime wheel. 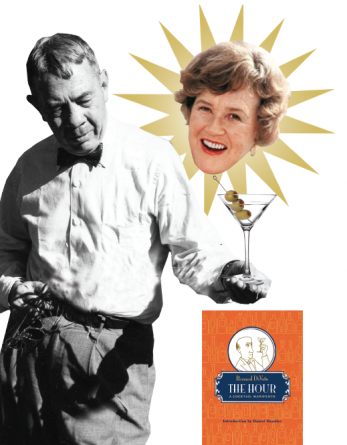 The Writer: Bernard Devoto
The Book: The Hour—A Cocktail Manifesto (1948)
The Drink: A Spiteful Dirty Martini

Considered nationally as one of the most influential historians and political critics of his time, Ogden native Bernard DeVoto wholeheartedly embraced the ethos of a dedicated cocktail hour, as Devour Utah writer John Rasmuson has noted in previous essays. He penned a treatise, The Hour: A Cocktail Manifesto in 1948 that became wildly popular.

In addition to being a Pulitzer Prize-winning essayist, historian and novel writer, DeVoto championed public lands in the West, taught at Northwestern University and Harvard and served as Democratic presidential candidate Adlai Stevenson’s speechwriter in the 1950s.

Often described as being in equal parts brilliant, bullheaded and bombastic by his peers and critics, DeVoto had the good sense to marry the book reviewer, editor and prolific cook Avis MacVicar in 1923. The two had a long partnership centered around the love for the written word. Both DeVotos became close friends with Robert Frost, and Avis was an influential guiding hand for Julia Child’s cookbook career.

Perhaps Bernard DeVoto was poking a bit of fun at Avis’s dear friend Child—a longtime lover of olive-garnished gin martinis—by writing: “And, I suppose, nothing can be done with people who put olives in martinis, presumably because in some desolate childhood hour someone refused them a dill pickle and so they go through life lusting for the taste of brine.”

To a stirring glass filled with ice add all ingredients. Stir well to chill, strain into a chilled coupe glass. Olive garnish.