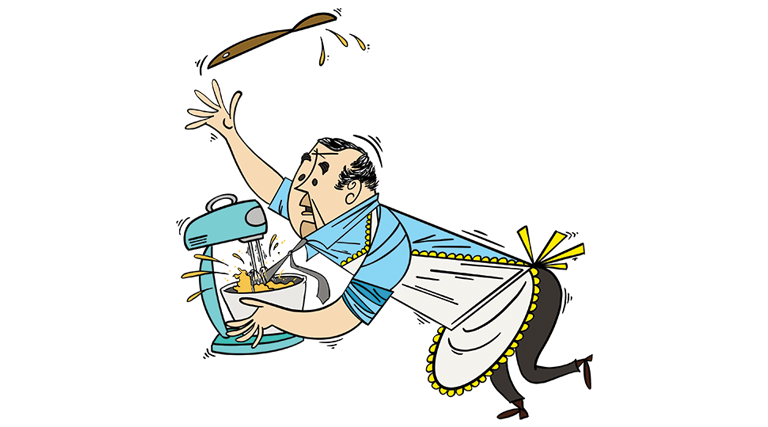 Yes, homemade anything is admirable, but for Thanksgiving pies, maybe leave it to the pros.

Retired Lion House employee Julie Ulrich recalls the days of baking 500 pies for Thanksgiving. “We put all the finished pies in four separate rooms. The baker did a tally. When there were 500, she told us to stop taking orders. But there were still more people who wanted pie,” Ulrich says.

Some customers bought pie crusts only, while others insisted on whipped cream. Still others preferred their pies without toppings. “Buying a pie from a bakery or restaurant helps assure that families will have quality desserts on Thanksgiving,” she says, because, she confesses, “I myself have baked a pie that failed.”

This year, leave your holiday pies to the pros when you order one of these four local faves. Heck, you might even manage to impress your in-laws. 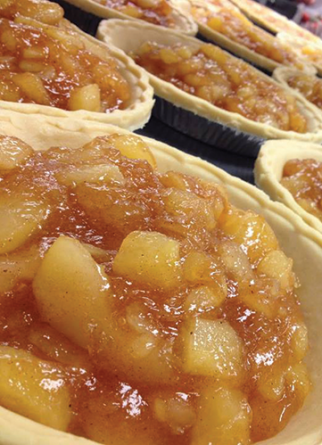 Brian Richter, executive chef at the Joseph Smith Memorial Building, is preparing to bake Thanksgiving pies for the Lion House. After graduating from Johnson and Wales University in Providence, R.I., with a degree in culinary arts, Richter says he “worked everywhere from Florida to Colorado” before coming to Utah four years ago. His favorite pie to bake is apple, because of the potential versatility. As far as spices go, “You can go with traditional cinnamon, or add clove or nutmeg or a little cayenne to bring out a different element,” he says. “You can use Fuji apples or the more traditional green apple or a blend of different apples.” He uses butter in the bottom of a sauté pan to pre-cook the filling and remove excess moisture. He recommends using a little cornstarch to thicken the filling, if needed.
Richter uses lard to make the crust tender and flaky. “I mix flour and lard in ice-cold water,” he says. “The cold water makes the lard stay in form, then it kind of melts in as it cooks. You basically want to get your bits of lard sorted throughout.” He recommends ordering pies as soon as possible, since Thanksgiving is the busiest time of year at the Lion House. The most popular pies are pumpkin, apple, peach and berry, with the apple priced at $18. 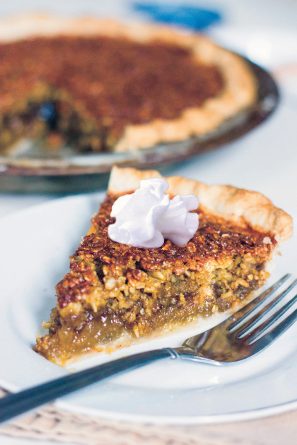 Gray Cliff Lodge Restaurant owner Stephen Sniggs recalls that his great aunt originally found her recipe for oatmeal pie, a mock pecan pie, in an AARP Magazine. “Forty years ago, she was looking for something different,” Sniggs recalls. “After trying the pie out at home, she started making it for the restaurant.”

Sniggs grew up around his father’s restaurant business, where he began washing dishes when he was 12. He’s spent more than 30 years perfecting recipes in the kitchen. To make the signature oatmeal pie, he blends oatmeal, butter, eggs, milk, sugar and dark corn syrup with walnuts and coconut. He pours the combination into a single crust, before baking it at 300 degrees for about 40 minutes, until it is golden brown.

“We always serve it with a dollop of whipped cream on top,” says Sniggs. An oatmeal pie sells for $9.

As the Left Fork Grill owner for 14 years, Jeff Masten takes pride in serving his mother’s original pie recipes—along with a few of his own. His favorite is Mom’s Apple Pie. His technique? “I cook it at a low temperature for 70 minutes,” he says. “In some apple pies, the apples are still firm. I like mine to be cooked.” Cinnamon is the only spice he adds.

When making the dough, he adds lard twice. “The first time, I add a little less,” he says. “The second time, I add an inch or so and then cut it all in.” Then he adds three to four tablespoons of water. “I don’t measure the water. I do it by feel. I use more water in winter than in the summer.”

To serve, he tops the apple pie with a sharp New York cheddar cheese shipped from a country store near the Canadian border.

Masten used to make the Left Fork Grill’s pies by himself. He has since hired a baker who creates pies ranging from pistachio to banana cream to raspberry cream. “The raspberry cream is my mother’s recipe,” he says. “She made it with strawberries. Then I made a raspberry version, and it was a hit.” He uses dark chocolate in his chocolate pies for additional flavor.

On the week before Thanksgiving, he makes pecan, apple and pumpkin. An apple pie is $20. He suggests purchasing pies on the day you plan to serve them. “We are open on Thanksgiving. It’s our busiest day of the year.” 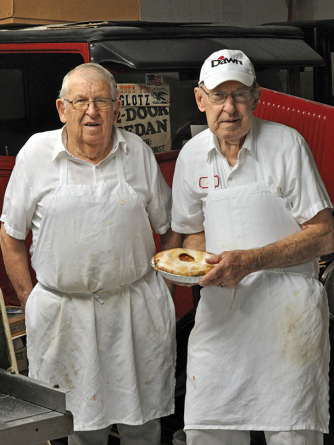 After Bob Walkenhorst graduated from high school in 1951, he began working as co-owner of Carol’s Pastry, along with his brother, Al. “We made 9-inch pies for 58 cents apiece. Back then, we delivered to a lot of restaurants.”
Today, at Thanksgiving, they make pumpkin, apple, mincemeat, cherry and boysenberry pies.

Walkenhorst creates a pumpkin pie by blending a No. 10 can of Libby’s Pumpkin with eggs, sugar, brown sugar and pumpkin-pie spice and milk. He then pours the mixture into a crust that he rolls by hand “with my little rolling pin,” he says. He bakes the pies for 30 minutes at about 365 degrees. The cooled pie is topped with Pastry Pride whipped topping.
A pumpkin pie goes for $10.95