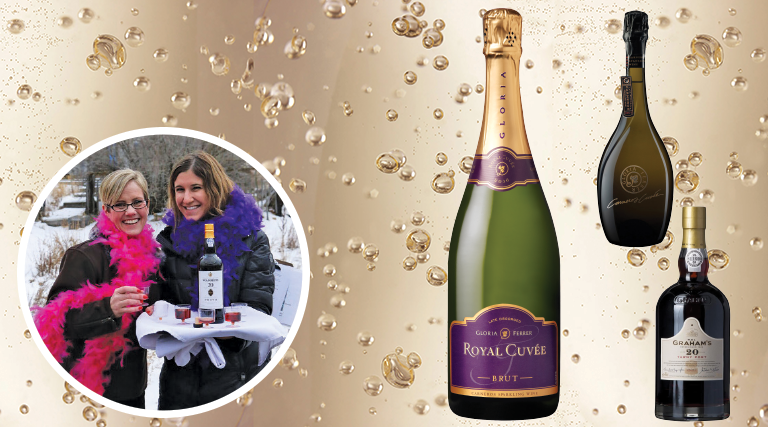 Spirits experts weigh in on their bucket-list bottles

As a professional spirits writer, I’m routinely asked, “What’s your favorite whiskey?” Or, exotic cocktail, bespoke gin, rare wine, etc. My usual answer is that selecting a Top 5, let alone one pick, is an almost impossible challenge. The truth is that my choices are often even more mercurial than what I can afford or even purchase in light of Utah’s quirky liquor distribution system. It often comes down to what kind of mood I’m in at the time.
This doesn’t prevent me from wondering what other Utah spirits experts would say when asked the same thing. Keeping with the “feast” theme of this month’s Devour, I queried fellow booze professionals about what bottles they’d source for their theoretical once-in-a-lifetime toast. To make the bucket-list bottle search even more over-the-top, we gave it wide latitude: money and scarcity are no object, and the spirits can be sourced anywhere in the world. Given the opportunity to snag any of these superlative specimens, we’d readily snap up a case.

Royal Sparklers
As festivity is practically synonymous with popping corks, we naturally sought out an example of the bubbly stuff for our booze bucket list. On her popular Mines & Wines tour pairing up Park City mining history with apropos vino selections, Fox School of Wine executive sommelier Kirsten Fox starts at The Lodges at Deer Valley’s Brass Tag restaurant with a sparkling wine toast. “We serve the Gloria Ferrer Royal Cuvèe on our M&W tours because the family history is so great,” Fox says, of the winery’s 600-year legacy of Spanish winemaking, and the Ferrer family founded Sonoma’s first sparkling wine house in the 1980s. “It is a vintage sparkler from Carneros, Calif.,” and Fox notes it was “made in honor of the Spanish king and queen’s first visit to the winery in 1987.” Fox picked this pour to represent the 1868 discovery of ore in Park City and the mining boom and buzz generated in the region for decades to follow.

Fox also recommends the Gloria Ferrer estate for one of her top bubbly picks of all time: “I crave the Ferrer Carneros Cuvèe. It is one of the most amazing wines I’ve ever tasted.” She describes the experience as, “Bubbles, apricots, apples and croissant aromas and flavors,” all coming together to make it a wine worth remembering. Fox notes that at one time it was available in Utah but was discontinued (cue sad trombone). “I have one bottle left [of the selection] from long ago,” she says, “and I’m waiting for the day that I get to pop that cork!” The chauffeured mines and wines-paired stops include the Ontario Mine, Miners Hospital and Silver King Consolidated and Spiro Tunnel, and the tour concludes at the town’s old Red Light District (now lower Deer Valley Drive) with a pour of Graham’s 20 Year Old Tawny Port, one of my own favorite sips to end a satisfying meal.

When Beehive Distilling partner and lead distiller Chris Barlow and I talked about his plans for sips this season, he joked that he’ll probably be bringing a lot of their brand’s Desolation Distilling line of canned cocktails (gin & tonic, Moscow mule and gin rickey, all available at state liquor stores) to busy hosts this year. On the opposite side of the accessibility spectrum, Barlow notes that he’s had some truly remarkable spirits experiences thanks to world travel.

As the Beehive brand started with gin, it’s no surprise that Barlow suggests scoring a unique selection called Peddlers Gin from Shanghai, China. It’s not particularly rare, he notes, “But it’s hard to get a hold of without some serious travel.” Of this gin, Barlow says, “It has a crazy botanical bill and was just really cool to get to taste.” Barlow also recommends keeping an eye out for old bottles of 17 year Hibiki whisky. “Ever since [Hibiki] started selling too much, they changed the name and now don’t do a straight 17 year,” he says of the transition. “Now, it’s a blend of old and new barrels and just doesn’t have the same profile as the early bottles.”

Barlow also had the opportunity to try a sparkly unicorn of a whisky inaccessible to most people, full stop. “When we were in Taipei, we had the pleasure of running across a 1956 single barrel from Gordon & MacPhail.” This spectacular and very rare whisky will occasionally come up for auction with bids reaching well into the tens of thousands of dollars. “Kind of nuts,” he acknowledges, “But I would love to have it.”

Tuscany’s Finest
In addition to teaching wine classes and offering Wine Scholar Guild certifications in French and Italian wine, Wasatch Academy of Wine founder and sommelier Sheral Schowe leads educational wine tours in Europe every year. “I could easily write a 10-page list of my top choices,” she says of sourcing favorites from Italy, France and Spain. “But if only one bottle should be granted,” she

demurs, “let it be Biondi-Santi Brunello di Montalcino Riserva. The best years are considered to be 1955, 1964, 1975, so I guess the final selection would be the one that is in the best condition.” With prices upward of $6,000, Schowe says, “Recent vintages are spectacular, expensive and not easy to always find,” and she believes the prices are warranted due to the wine’s “extraordinary ability to age for decades.”

“Biondi Santi is made from the Sangiovese Grosso grape variety from vineyards with a minimum age of 25 years,” Schowe says. “The best producers age the wine in ‘botte,’ which are large Slavonian oak casks, three years or more.” Schowe has been surprised to see Biondi-Santi at her favorite wine store on 300 West (280 W. Harris Ave., SLC, 801-412-9972, ABC.Utah.gov), and notes that there are special orders available through the DABC for the most recent vintage (at $587.10).

So, why this particular wine considering all the spectacular vintages Schowe’s sampled during her career? She describes enjoying it in 2014 at the Masters of Wine Symposium in Florence, Italy. “I had the opportunity of tasting wines from the top producers in Tuscany. With an idea of what would predictably be my favorite”—she’s not telling—“I tasted it back and forth, against all of the other proclaimed ‘best’ wines of Chianti Classico, Super Tuscans and Brunello di Montalcinos. When I tasted the Biondi Santi, against my Top 5, I knew I had discovered a new favorite.”

Mezcal Magic
When assembling this list, I selfishly sought out some suggestions for my latest obsession: mezcal. I knew agave aficionado Tracy Gomez would be the perfect person to ask about very small batch bottles. Of her passion, she says, “Mezcal is my favorite spirit largely because, when I taste it, I am transported back to Oaxaca in my mind—the smell of smoke, vegetation and earth is so evocative,” especially of her first tasting trip six years ago.

Gomez offered two suggestions inspired by her travels over the years. Her first pick is Fidencio Pechuga Mezcal, which is representative of pechuga’s unique process of including meat during distillation. Gomez says, “The first time I went to Oaxaca was around Thanksgiving 2013. Fidencio’s pechuga is made from guajolote (turkey), so my travelling companions and I mused that we were still having our Thanksgiving turkey even while in Mexico.” Gomez says that her special-order requests through the DABC have thus far been rejected. She muses, “For mezcal enthusiasts, it may not be a typical bucket-list bottle, but it is for me, because it was over that bottle that I first fell in love with mezcal.”

Her second suggestion is Lechuguilla mezcal from Batopilas, Chihuahua, which she tasted at Oaxaca City’s Mezcaloteca in the spring of 2019.

“Mezcaloteca is a magical place,” Gomez says, “because they provide a 100% curated experience. Reservations are required [as] they limit the number of guests at a time.” Then, bartenders create a mezcal tasting completely customized to each guest after asking about their usual drink preferences for cocktails, wine, etc.

Since Mezcaloteca sources its bottles directly from many small palenques, Gomez says many bottles have generic Mezcaloteca labels. “I’m not sure if I can find an actual bottle to ever purchase,” she says of the Lechuguilla. A sad plight for those of us who would like to replicate her experience stateside—but also an enticement to plan an Oaxaca trip ASAP.