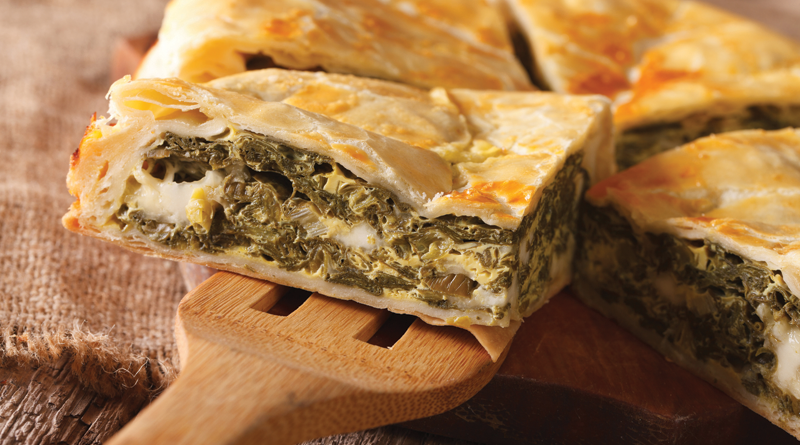 Sponsored by the Greek Orthodox Church of Greater Salt Lake, the Salt Lake City Greek Festival is now in its 44th year. Lest you think it’s just for Greeks, know that as many as 50,000 attend this three-day big-tent affair of high-kicking Greek folk-dancing, music and cuisine. On the food front, expect to nosh on your favorite Greek dishes, including gyros, souvlaki, dolmades (stuffed grape leaves) and spanakopita (spinach pie). But consider branching out to sample Greek classics such as calamari, roasted lamb, marinated baked chicken, fasolakia (stewed green beans), keftethes (seasoned meatballs), pastichio (Greek lasagna), stifatho (beef stew with pearl onions) and rice pilafi, along with salads and a church auditorium full of pastries, including baklava and the honey-coated donut known as loukoumathes. All dishes are lovingly prepared and served by volunteers as a fundraiser for the church. Beer, Greek wines and Greek coffee are also available.

A Cookbook Is Born 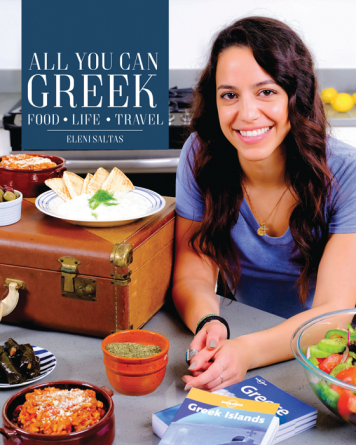 For the past two years, Eleni Saltas (daughter of Devour Utah publisher John Saltas) has been at the helm of Devour Instagram page, where’s she’s jet-fueled a large and loyal following for the magazine. She’s also found time to assemble an impressive Greek cookbook with recipes gleaned from her yiayia (grandmother), Stella Saltas, as well as her parents. Her book, All You Can Greek: Food, Life, Travel, is 197 pages filled with classic and modern Greek fare. Its 65 recipes range from dips and salads to spanakopita and dolmades. Along with some 140 gorgeous full-color photographs is a glossary of Greek culinary terms, sections on travel that highlight Greek beaches and monasteries and a chapter on life lessons that relate to Greek life.

Growing up in the Salt Lake Greek community (one of the oldest in the country), Eleni participated in Greek folk dancing with her church group and visited Greece on numerous occasions. As a teen, she began making Greek dips for home parties (her favorite was the creamy garlic dip known as skordalia, which is included in her book).

An Exercise and Sports Science major at the University of Utah, Eleni started a blog on fitness that featured healthy Mediterranean recipes. Her followers began asking for more and more recipes, which evolved into an idea for a cookbook.

Eleni’s pride in her Greek heritage is evident in all her recipes. She not only provides cooking instructions for each dish but also its history and where it comes from, along with her memories of enjoying the meal with family and friends.

While the book is available on Amazon.com, Eleni also will have copies on hand at the Greek festival and will offer cooking demonstrations.

So, if after shouting your last “opa!” and returning home, you start craving the hearty flavors you sampled at the festival, you can leave with recipes of your favorite dishes at your fingertips.