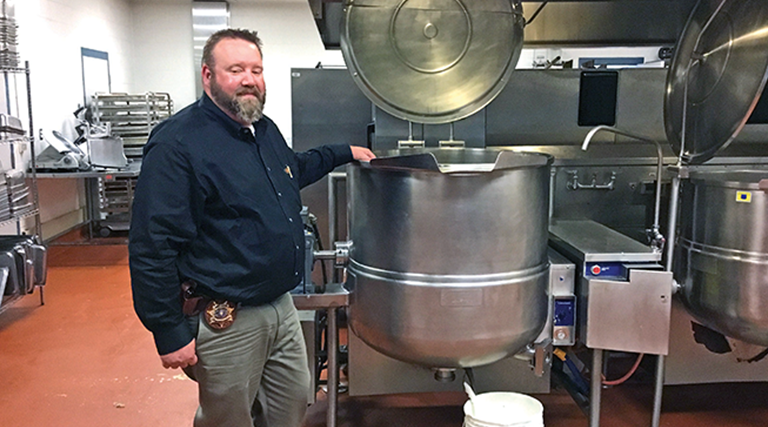 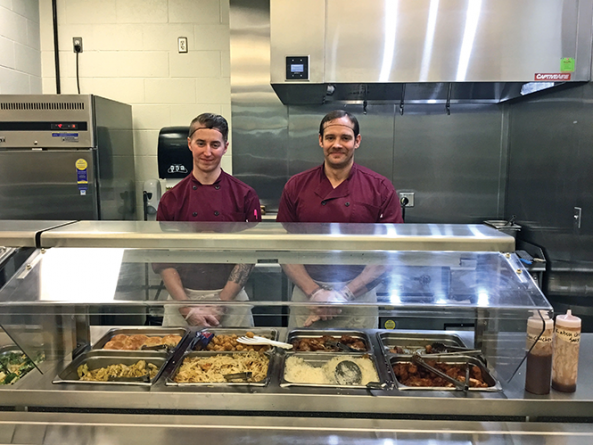 The Utah County Jail in Spanish Fork has a successful culinary program for nonviolent male offenders to learn skills that will help them get a job in food service when they are released. Many of the participants who enter the program know little or nothing about cooking, even how to boil water. So, to be considered for the job, they need to have filled out an application, been interviewed and watched training videos on how to get into the program.

The 30 workers who make the cut rise at 3 a.m. to begin their 13-hour day in the kitchen. Everyone starts as a dishwasher and can progress to food prep, line cook and service. They learn to follow recipes; use knives properly (with blades that are always tethered); make soup from scratch; bake bread, donuts and pastries; roast meat in six huge Rational Ovens; load blast chillers; use fryers; tilt skillets; operate mixers; steam vat kettles and use conveyor dishwashers. They mop and clean up. The facility scored 100% on the last two county inspections!

And don’t kid yourself: The jail’s operation is huge, producing 1,500 meals a day for the county’s senior centers and Meals on Wheels program plus another 1,800 meals for the inmates. 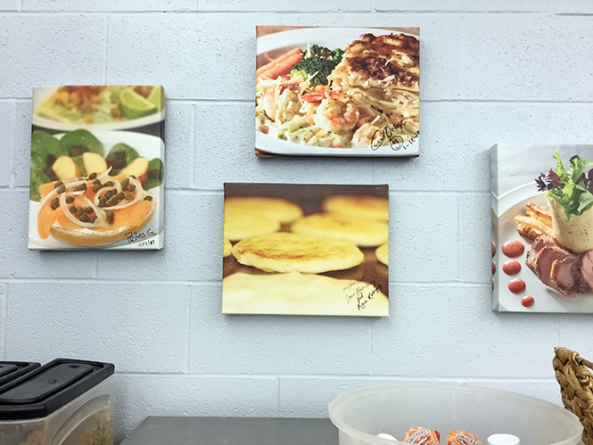 Deputy Jason Heidel is the administrator for the Utah County Sheriff’s Office Food Services Division. He grew up working in his family’s restaurants, got a culinary arts certification and then worked as executive chef for the Marriott, Wyndham Hotels and Ranches Golf Course. Later, with a family to raise, the regular hours and benefits of the police force interested him. He was a deputy for several years until he was invited to oversee the culinary program at the jail that started in 2017.

Additional facets to the program include the inhouse Code 7 Cafe, named after the police scanner code meaning “out to lunch.” The restaurant serves staff and law enforcement officials who stop by for lunch. There is always a salad bar and daily a la carte menu of burgers, wraps and sandwiches posted on a blackboard along with a display of sweet, fresh-baked goods. On Wednesdays, inmates get to create a buffet with a theme. With 30 nationalities under one roof, there is no shortage of ideas, including Carnival, Korean, Portuguese and Greek. The Hawaiian buffet offered more than a dozen choices of meat, vegetable, fruit and pastry selections. They even tried Keto, and it was a hit. 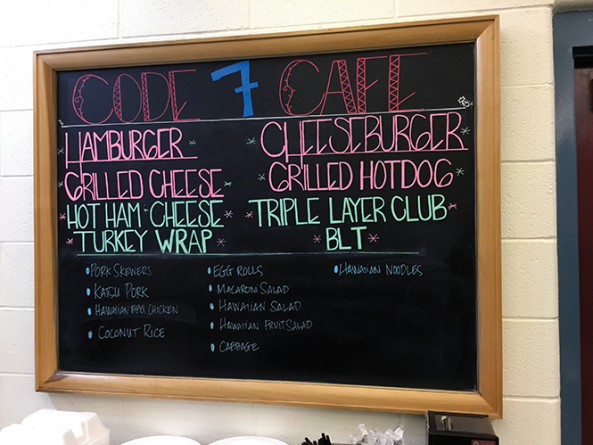 Deputy Heidel’s program gets catering requests for events like a sheriff’s retirement party, the SWAT school and even nearby public venues like the golf course, which he is happy to integrate into the planning. Heidel and staff are always working to streamline, refine and improve quality.

The food and ingredients are sourced from a variety of places such as Correctional Food Services and from “opportunity buys” that Heidel is notified about from a network that tracks when a party has more than they can use. The summer kitchen is also supplied by a huge garden on the prison grounds tended by the inmates. Any surplus goes to food pantries. They also take care of beehives that provide the honey used in recipes. All menus are planned well in advance and reviewed by a dietician to assure proper nutrition.

The inmates are paid a small amount that goes toward an account they can collect when discharged. Sometimes, their newly acquired skills are the only ones the men have when they leave and look for work. “In this good job market, they find it,” Heidel says.

Heidel also notes that the kitchen interaction with the jail staff is often the only positive encounter the inmates have ever had with law enforcement.
Ironically, Heidel says his greatest problem is that he doesn’t have enough time with inmates, as many get into the program when they only have 30 to 90 days left on their sentence and often end up leaving before they can master their skills. Turnover is a challenge. 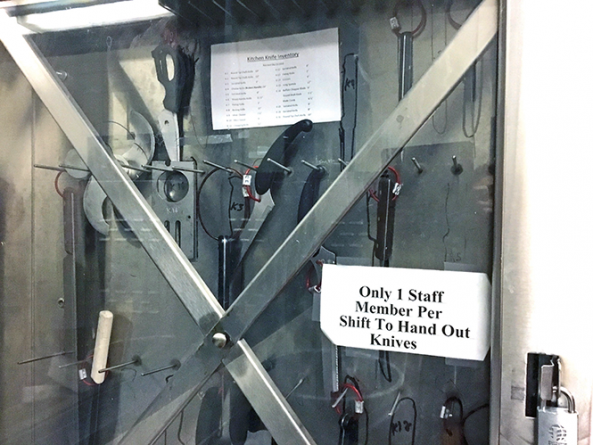 In the future, he hopes to work with an accredited culinary school so that successful participants can leave jail with a certificate of accomplishment to show potential employers.

“It’s about much more than just food,” Heidel says. He hopes the participants will take the cooking and life skills they learn and utilize them outside of prison, even if that just means cooking for their families.