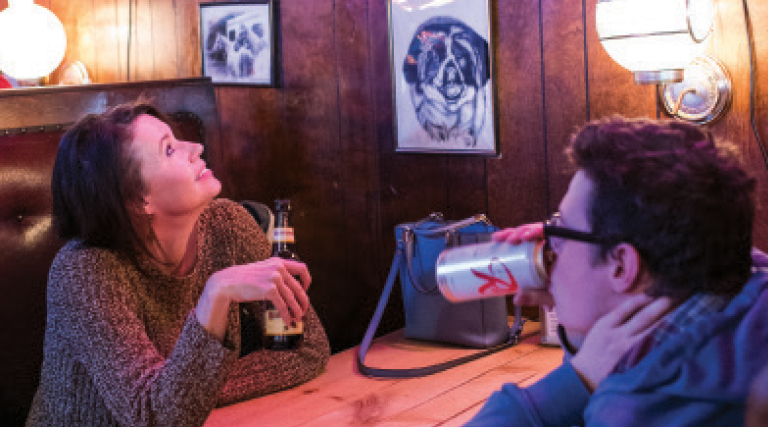 Flashback to the summer of 1993 at a roadside bar in Washington’s Olympic Peninsula. After a week of backpacking along the wilderness coast, my boyfriend (now husband) and I were hoping to enjoy a cold beer, grab a burger and hit a real restroom before we finished the drive back home. A couple of grimy 20-somethings wearing flannel and hiking boots, if you’d transported us to Seattle, we’d be indistinguishable from half of the city. However, to the patrons of this bar—with a handwritten sign on the door reading “No Caulks Allowed” to remind loggers to take off their wood-floor-destroying spiked boots and a stuffed toy owl pinned to a dart board—we embodied the social and economic threats facing similar small communities at the peak of the clash between environmentalists’ protest of old growth forest logging and the livelihood of families with few other options for employment.

After several minutes of stony silence from the barkeep and outright glares from a few patrons, we turned tail and drove about an hour until we found a McDonald’s near the interstate junction.

Closer to our cabin home outside Greenwater, our regular one-room-tavern-slash-bait-shop haunt also sported a “No Caulks” sign on the door, but the management had long ago taken the attitude that all money was green, even if it came from a couple of suspected tree huggers who tipped well.

In my subsequent years of family hunting trips and fieldwork all over the rural West as an archaeologist, this scenario of sussing out a tavern’s tolerance temperature was frequently tested. One bar’s welcome to have some extra bucks from tourists in the till is another spot’s suspicion that outsiders are coming in to ogle the locals like a provincial petting zoo. To be fair, it seems that wariness has only been amplified in our era of Facebook check-ins and all-about-the-’gram photo ops.

For many local joints (and, hell, even some of my favorite bars in SLC), they’re far less interested in a five-star Yelp review from some stranger who scowled at the channel the TV was turned to than in keeping their regular customers happy and comfortable.

So, the moral of this convoluted story? Having some empathy and self-awareness as an outside interloper goes a long way, no matter where you go. In the end, I’d rather support an independent local business with my dollars than spend it at an interstate-adjacent chain restaurant when given the chance, and I am ever optimistic that those proprietors feel the same. Here’s hoping that featuring these favorite local watering holes in Devour doesn’t get me banned for life for showcasing them as the gems that they are. The nearest McDonald’s restroom would be a long, long way away. And please keep in mind that many of these businesses are cash-only and 21+ establishments.

Mim’s Bar & Grill
Now celebrating 150 years as “The Gentile City,” Corrine’s known for being a rough-and-tumble town settled by railroad laborers and land speculators. At its peak, the “Burg on the Bear” boasted two dance halls, a cigar factory and mercantile, a newspaper, several banks and 28 saloons. Harkening back to those more rebellious times, Mim’s Bar & Grill is a seven-days-a-week bastion for cold brews and burgers, and it also sports a full bar license. Frequented by local farmers and duck hunters coming off of the Bear River, the parking lot is often packed with motorcycles, especially on Sundays.

Shooting Star Saloon
Legend has it that the Shooting Star—built originally as a mercantile in the 1850s and continually run as a tavern since 1879—is the oldest bar in Utah. Through numerous owners and even surviving as a “soda parlor” through Prohibition, the narrow spot is famous for its loaded burgers, local draft beer by the pint or pitcher and the ceiling fluttering with thousands of patron-signed dollar bills.

The Snag Bar & Grill
“It’s still going strong,” says one of my favorite fly-fishing guides, Brad Lovejoy, of this floating hangout frequented by local anglers, guides and boaters. Docked on Flaming Gorge Lake near Dutch John, The Snag features tasty nosh and a full bar to go along with gorgeous views from the open-air deck. Check their website or call ahead for days of operation, which change by season.

Dinosaur Brew Haus
This is a super casual spot with kid- and dog-friendly patio seating available, weather permitting. On any given day you’ll find dusty hikers, retirees taking a break from their cross-country RV journey, or plenty of camo- and ATV-loaded trailers in the back parking lot during hunting season. Brews by the can from Vernal Brewing Co. down the street, peanuts on all the tables and daily burger specials make it a Main Street favorite.

Ray’s Tavern
Fresh off rafting the Green River? Heading back from an epic mountain biking trip in Moab? Everyone from exhausted cowboys looking for a respite after roundup to sandal-clad river guides seems to gravitate to Ray’s for great food and drinks and service with a smile. It says right on the storefront “The Place for Everyone,” and in the many times our family has stopped in, that’s always been the case.

Mike’s Tavern
If you get a hankering for live music, drag shows or karaoke in southern Utah (and who doesn’t?), locals will point you to Mike’s Tavern. Advertised as “Cedar City’s Local Friendly Neighborhood Bar” with the “cheapest drinks in Cedar City,” it’s a gathering spot for recreationalists and locals from Enterprise to Escalante. 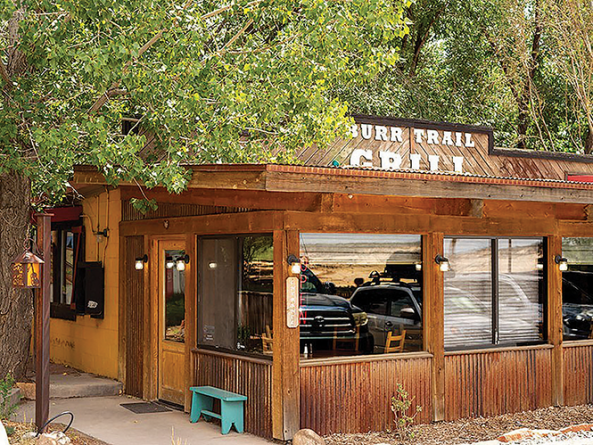 Burr Trail Grill
Although the Burr Trail Grill’s neighbor, Hell’s Backbone Grill, gets plenty of well-deserved recognition, there’s also a lot to love at this laidback spot to the south. Grab a slice of homemade pie and a pitcher of Squatters draft beer and settle in for an afternoon of post-Escalante adventure relaxation. The diverse menu also has full dinner service, lots of vegan and gluten-free options, Blue Copper Roasters coffee, and a small but mighty beer and wine list. Open seasonally, call ahead to confirm hours of operation.