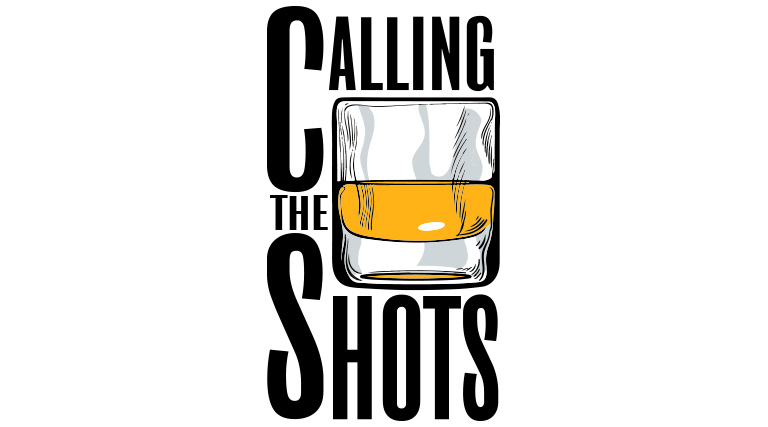 Best advice from behind the bar

It’s a familiar trope that’s been played out in popular culture since people began congregating around the serving of spirits: the bartender’s role as the empathetic ear, the community connector, the purveyor of a pleasurable experience. And, of course, as a giver of sage advice. But how often do we know their backstory and what goes into making a great bartender or beverage manager? Four of our favorite drinks professionals shared their stories—and some of their favorite cocktail recipes—with Devour for this boozy dive into the world as seen from a behind-the-bar perspective.

Tony Marino’s Walk the Plank recipe is a favorite from The Ruin’s premium cocktails menu:

Focus on the Customer

“It’s the best,” says legendary Salt Lake barman Tony Marino of being a bartender. “We get to be a movie star, a rock star. It’s a very sought-after job for a reason: We get to interact with people who want to have a good time.” Now at bar No. 18 in his storied career, Marino has poured drinks, entertained customers and managed the complexities of the quirky Utah liquor distribution system all over the city since moving here from Austin, Texas, in 2001.

From his current position as bar manager at the ever-popular Sugar House watering hole, The Ruin, Marino reflected on a few of his past gigs, beginning with a job at the Cottonwood Mall TGI Fridays when he came to check out Utah’s pre-Olympics scene. Not in chronological order, he’s been a familiar face at Piper Down (he helped move in the original bar, towing it on his brother’s snowmobile trailer), the original Bar Named Sue, Dick & Dixie’s, Lucky 13, White Horse, Bourbon House and more.

He believes that whether his bar jobs have been with corporate chains, dives or craft cocktail emporiums, the primary focus of a bartender should always be the customer. Once a bartender understands that and can execute a basic roster of classic drinks and riff on them, Marino says, the rest is all about salesmanship and a quality that can’t be taught: an engaging personality. “Bartenders have to keep a million things in their heads,” Marino says, including the impossible task of knowing every drink that’s ever been created. But by giving people a good time and a memorable experience, Marino says, everybody wins. “That’s what brings people back.”

Be a Good Listener

“Champagne is a good choice for every occasion,” sommelier Ty Richchouyrod says of choosing a go-to beverage. “With a glass of champagne, you know life is good again.” He’s also got a soft spot for big Italian reds like Brunello di Montalcino, a nostalgic choice that he credits to legendary restaurateur Valter Nassi, who was Richchouyrod’s mentor in fine dining when he moved to Utah from Bangkok, Thailand, 17 years ago.

As food and beverage outlets manager at The Grand America Hotel for the past four years, Richchouyrod (who is known by his 14.8K-and-rising Instagram followers as “@mrtyrich”) oversees cellar purchasing to satisfy wine connoisseurs and cocktail enthusiasts alike. To keep current, Richchouyrod is constantly sampling new vintages and travels extensively to meet winemakers. He’s also part of a master wine-tasting group that meets monthly in Los Angeles or Las Vegas. “You can never stop learning,” he says of being a top-notch sommelier.

“As a convention-driven hotel, we get to meet so many people,” Richchouyrod says. “Last week, we had a tech company, and they wanted trendy cocktails and great Japanese whiskey. Another week, we’ll have beef breeders, who love great steaks and American whiskey.” He also needs to make sure there is a range of wine varietals at many price points. At The Grand, guests expect both top-of-the-line spirits and impeccable service. “Be a good listener,” says Richchouyrod of his approach to training staff to help their customers pick wines they’ll love. With his upbeat and engaging style, it’s easy to ask him lots of questions, which he hopes puts the last vestiges of the stuffy sommelier stereotype firmly to rest. “People can be intimidated interacting with a sommelier, but ultimately we’re here to serve.”

Interact With Everyone in the Bar

She’s a bit like the Kevin Bacon of Utah bartending: Everyone’s just a point of separation or two from Amy Eldredge. Tracing this lineage inevitably starts with Salt Lake City’s OG craft cocktail bar: Bar X as rebooted in 2010. “I came back to Bar X about two weeks after it opened,” Eldredge says, recalling a visit to Salt Lake after a stint in Philadelphia’s hopping craft-cocktail scene. “I saw that the cocktail trend was starting in SLC, and I could be a part of that.”

Eldredge readily admits that she wasn’t a cocktail powerhouse straight out of the gate. She waited tables and bartended at the Salt Lake Country Club and MacCool’s while attending the University of Utah. But everything changed when Eldredge moved to Philadelphia with a friend and applied for a long-shot job at the yet-to-be-opened Ranstead Room, owned by famed restaurateur Stephen Starr. “Out of 400 people, they picked four bartenders,” she says of her once-in-a-lifetime gig. “I didn’t know what I was getting myself into, but I was smart and determined.” Legendary barman and leader of the modern craft cocktail revolution, Sasha Petraske, trained the Ranstead crew, and Eldredge worked with him for the next two years, which proved to be a pivotal experience.

“Sasha didn’t just train us on how to bartend,” she says. “He taught us how to open a bar.” Those skills include evaluating quality ingredients, product costs, managing personnel and other details.

Since returning to Utah, Eldredge has consulted at Takashi, Copper Common and The Grand America (to name a few), opened Under Current bar and now operates Tinwell with her husband, Caleb Cannon. Check out Eldredge’s latest venture, the speakeasy-esque upstairs Tiki lounge at Tinwell, where you can experience Eldredge’s No. 1 edict: “You need to treat bartending like you’re hosting a party in your home; interact with everyone in the bar.” And a gracious welcome is made even better with a delicious umbrella drink in hand.

The Royal Jubilee
1½ ounce Laird’s apple brandy
1 ounce Cointreau
½ ounce lemon juice
Rub the rim of a chilled coupe glass with lemon and dip in sugar. Shake all ingredients with ice and strain into the glass; garnish with a lemon twist.

As current president of the Utah chapter of the U.S. Bartenders’ Guild, Alejandro Olivares wears a lot of managerial and organizational hats. “We have great membership numbers for a small-to-medium bar market,” says Olivares of the group’s 90-plus members. “The majority are professional bartenders in Salt Lake City,” he explains, “and we also have spirits reps, bar owners and local distillers.” The group hosts educational events with visiting spirits representatives and local industry leaders several times a month. There’s even an “enthusiast” category of membership for those who aren’t professional bartenders but want to learn more about spirits and attend members-only tasting events.

Olivares joined the organization after years of working in the food and beverage industry, where he started out in management for the Pei Wei chain. After studying public relations and communications at the University of Houston, he moved around the country opening Pei Wei outlets, including one in Salt Lake City in 2009. The opening coincided with the craft-cocktail movement taking hold nationally, and Olivares was inspired by the shift happening at spots like Bar X. “I missed having a creative outlet,” he says of his eventual professional shift to bartending, “and I could see that the cocktail culture had legs.”

“It was really fun to learn about the history of cocktails, and I started working at bars that were willing to invest in great ingredients,” says Olivares of the Copper Group restaurants and Under Current, where he is currently the manager.

He is proud that USBG is growing and supporting the quality of education for bartenders. “The biggest thing I take away is a sense of community,” he says. With established members mentoring industry newbies and events like the annual public Spring Fling competition fundraiser, “it goes beyond the four walls of your bar,” says Olivares. USBG membership “gets you connected to a whole world of bar culture.”

A Sea Legs is a daiquiri-like drink that Olivares developed for the Under Current menu. “It’s smoky from the Islay Scotch and mezcal, with a lot of Tiki influence,” he says. “A nautical feel without the kitsch.”