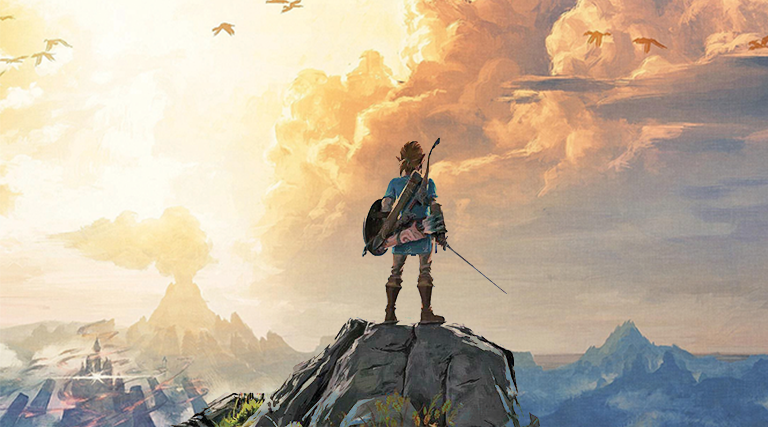 Recipes inspired by Legend of Zelda: Breath of the Wild

Nintendo released one of its most critically acclaimed video games, the Legend of Zelda: Breath of the Wild, in 2017. Thanks to its open world, players can explore the Legend of Zelda universe in a more creative way than ever before, and one of the most addictive elements of the game is the exotic-recipe collecting.

Not only does food play an important role in the flavor of the game, but it gives players the ability to defend themselves in battles, gives them stamina for difficult climbs and keeps them warm or cool depending on the climate they find themselves in. Plus, they can earn “rupees” by hunting wild game, cooking it and selling it. Players create meals that are so mouthwatering, that frankly, it would be a shame not to try a few of them out.

Early on, an essential quest gives players the ability to explore a frozen area of the map. Link, the hero, must make a recipe from a mysterious stranger in order to get warm-weather clothing. The recipe is for a “Spicy Meat and Seafood Fry,” which the stranger claims is his favorite dish. Sound delicious? Here’s a real-world adaptation for you to try at home.

Process
Combine cornstarch, garlic powder, cayenne pepper, white pepper and salt on a flat surface (a plate or tray) and stir together. Lay the steak into the mixture, thoroughly coating it. Flip over and repeat.

Melt stick of butter on medium low in large pan until brown and frothy. Add red pepper flakes, paprika, garlic, oregano and thyme to taste. Stir together, and then remove half of mixture into a bowl and put in freezer until firm. We will use that later.

Heat remaining butter mixture until almost smoking and set the steak into the pan. Sear on both sides for about 2 minutes. Turn your vent fan on and open the windows if you are working in a small space because it will be smoky. If the pan gets too dry, add a dash of vegetable oil.

Add 1 tablespoon of frozen butter mixture to taste onto the meat and cook for another 2 minutes.

Once the meat is up to temperature, put it on a plate and set it aside while you deglaze your pan for the next step. To deglaze, pour ¼ cup of red wine or red wine vinegar into your hot pan. Scrape off the residue from the pan and discard. When wine evaporates, add the rest of the butter mixture. Sear the pepper and green onions for about 1 minute, and then add the shrimp and Serrano peppers.

Once the peppers are browned, plate them with the steak.

To make the side salad: add all of the ingredients together in a large bowl and stir gently until well mixed. Plate with your peppers and steak and enjoy!

Salmon Meuniere
Another of the most memorable (and mildly irritating) quests in Breath of the Wild is when an adorably stubborn young Rito (bird person) insists that she will not sing with her sisters and open a quest for you until you make her a plate of salmon meunière. An oddly specific request, but one that you must complete if you wish to move forward. While the dish can be made in game with wild salmon, Tabantha wheat and goat butter, here is a slightly more comprehensive version to try IRL.

Process
Set salmon on paper towels and carefully dry. Add salt, pepper and garlic powder and gently rub onto the skin. Spread the flour out onto a flat surface (a plate or baking sheet will do) and set the salmon onto it, coating both sides.

In a large pan, melt butter on high heat and then carefully set the salmon onto it (the butter will spit at you if you set the salmon down too hard, learn from my burned arms.)

Cook the salmon on medium-high heat for 4 minutes, flip and cook other side for another 4. Note: the thickness of the salmon will influence cooking times. Make sure the salmon is thoroughly cooked and up to temperature before eating.

To make the sauce, add the yogurt, lemon juice, sugar and soy sauce in a bowl and stir thoroughly. Add the grated cheese and stir until it has mostly broken down. Just before you are ready to plate the salmon, microwave the sauce for 30 seconds to 1 minute, stir thoroughly, and drizzle over finished fish.