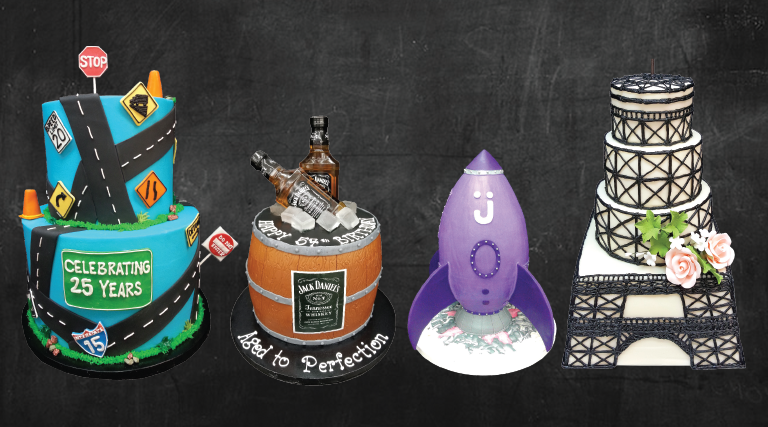 If you’re a fan of Food Network, you’ve likely been wowed by the sugar-spun magic that airs on Cake Wars, Ace of Cakes, Ridiculous Cakes, Cake Masters—and the list goes on. So how do these bakers come to build such elaborate cakes out of simple batter and frosting?

In Utah, Cakes de Fleur is in a position to answer that question. The bakery opened its doors in 2004 after owner and founder Laurlee Morrison left a career as a software engineer. Since then, she’s built a strong portfolio of corporations, celebrities and those looking for outrageous and delicious custom cake creations—ranging in size and scope that’s limited only by the imagination.

“We couldn’t fit it through our bakery door so we had to make all the pieces in the kitchen and build it in our warehouse to get it out,” Morrison recalls. “We did a preliminary board to make sure it would fit in the truck, in the doors, and we had three routes mapped out at Adobe of how to get the cake in the building. We ended up shutting down security at the front doors, taking out the glass and going down the stairs. We all felt like movie stars because people were videoing it. It was totally fun!”

While Adobe was a feat in size, other cakes stun visually—both inside and out. A cake created for television chef Sandra Lee at a Sundance party was a realistic tree trunk design on the outside that featured a geometric red and black checkerboard inside to continue the woodsy motif. Geode cakes are also a trend that Morrison has been asked to replicate, while others want corporate logos or icons.

Jet.com ordered an upright purple rocket ship surrounded by hundreds of cupcakes. The rocket required some thoughtful engineering because of the tiny touchpoints at the base of the cake. “You can’t have dimension without structure,” explains Morrison. “The structural part of this is really exciting to me.”

Many clients expect Morrison and her director of operations and team of bakers and decorators to develop an entire concept, but IMDb had their own ideas on how to celebrate an executive’s 50th birthday. The movie and TV website’s graphic-design department envisioned an 80-pound cake that included edible gold leaf, gum paste snowflakes and exacting dimensions. It then looked to Cakes de Fleur to bring it to the table.

It’s created historic landmarks such as the Eiffel Tower, a replica of the University of Utah football stadium with the purchasing couple sitting in their season ticket seats, and theme cakes such as a Jack Daniel’s whiskey barrel.

Over the years, Cakes de Fleur has perfected the art of matching corporate colors in frosting—even adjusting for fading due to light and air exposure. They are also sticklers for following copyright laws. Morrison will either contact companies for written approval (she’s got a one-time-use-only letter from Sony for a PlayStation console cake) or incorporate the actual licensed product into the cake to remain in compliance. No detail is overlooked.

Although the Cakes de Fleur team loves the opportunity to get creative, time is always against them she says. “At the end of the day, it’s just cake and frosting. The biggest challenge is that you don’t have a lot of time to pull them together. You can be really prepared with planning and structure, but nobody wants a cake that’s been sitting around for a couple of weeks.”

For the past 15 years, Cakes de Fleur has been thrilled to help businesses and individuals mark monumental dates and occasions with works of art built around time-tested batter flavors and buttercream frosting—the medium they prefer most. Whether it’s a meticulously detailed henna cake to celebrate a birthday or a U.S. Marshal cake to announce a new job, few ideas are beyond the skills of Cakes de Fleur—and your taste buds will concur. 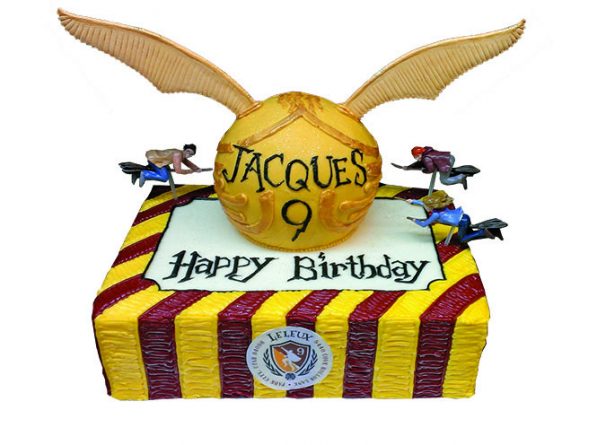