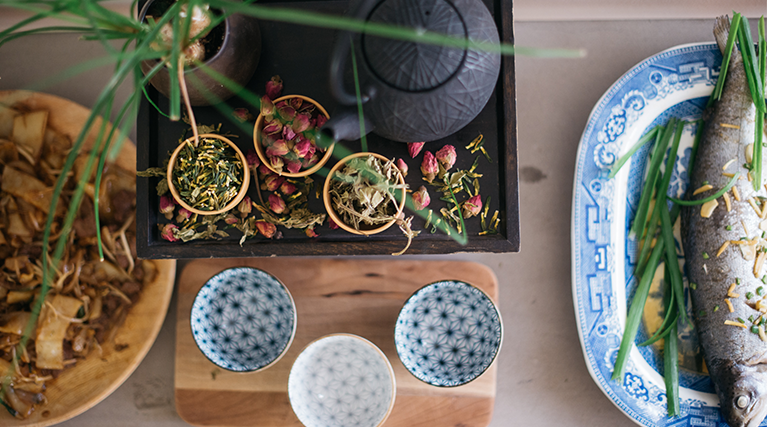 My family’s roots are in southern China—Hong Kong; we’re of Cantonese decent. And for Lunar New Year, we usually had a traditional dinner at home. My dad, Ming Quan, was executive chef at Charlie Chow’s old Trolley Square location. He went on to operate Ming’s in Foothill Village for 15 years. Because of him, I grew up with huge food celebrations for the Chinese New Year.

Many people may have heard of “longevity noodles”—Chinese noodles that are served long and uncut during the new year (see p. 34). But there is symbolism with every dish that’s served, even the number of dishes. For example, there are always eight to nine dishes—never seven, as seven is bad luck. Eight is prosperous, and some hosts will serve nine, but in ancient times, only royalty could serve nine dishes. 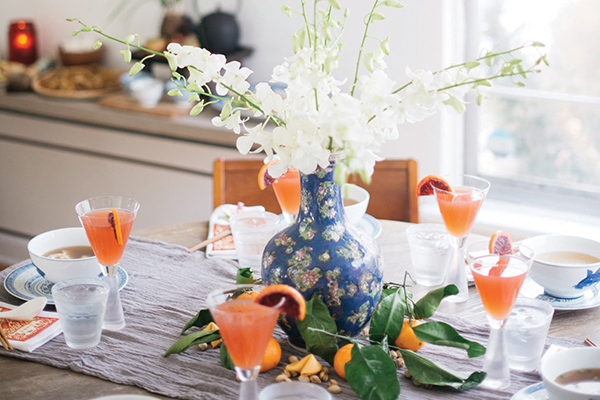 You wouldn’t serve dishes that you normally would for dinner but, rather, decadent dishes such as lobster, crab and abalone, because rich dishes show wealth.

Celebrations are a family affair
In Salt Lake, during the week of Chinese New Year, friends might host dinners, and organizations throw parties. Utah has a big one with the Utah Indochina Chinese Benevolence Society (UtahIndochina.org). Community members buy tickets that help raise money for the local Chinese school or senior center. My late aunt, Bong Quan, who died a few years ago, was one of the founders, so we always went to this celebration. They’d serve a banquet with traditional Chinese dishes for all members followed by cultural performances and a lion dance. 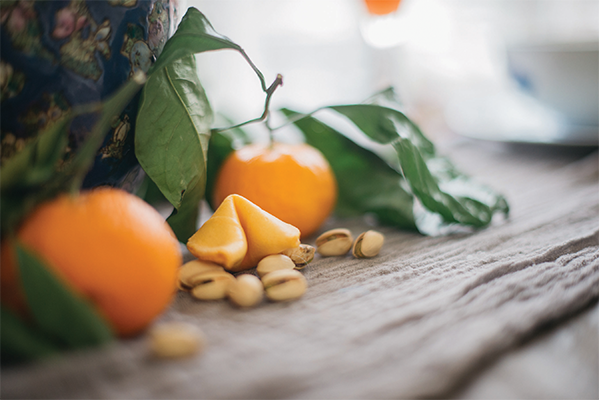 Candies are a big deal. Chocolates come in weird shapes that my father explained looked like Chinese ingots, the most valuable currency in ancient China. The candy most Chinese kids remember are the White Rabbit—which are like vanilla Tootsie Rolls—and Lucky Candy, sweet creamy hard candies in wrappers that resemble the lucky red envelopes.

The names of many Chinese sweets sound like other words that have a positive connotation. The Cantonese word for coconut, for example, sounds like the Chinese words for “grandfather and son.” Pistachios are nicknamed “happy nuts” and sesame balls are called “laughing dates” in Cantonese. 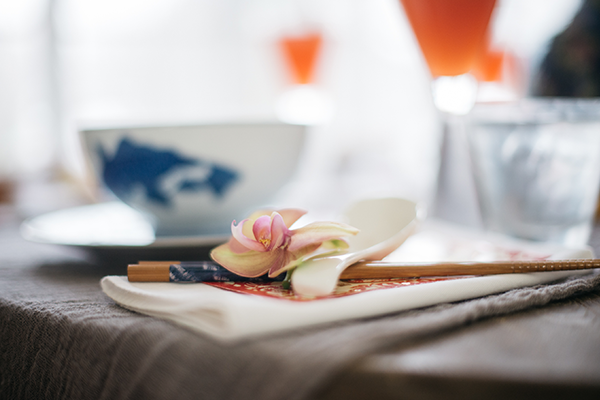 In U.S. cities with large Chinese populations, people go all out for the new year. Los Angeles has its annual New Year’s parade through Chinatown (LAGoldenDragonParade.com). There are weeklong festivities in parks, shopping malls and even Disneyland.

My cousins in LA are surrounded by the culture. The more people they see, the more red envelopes they receive. Plus, they attend several dinners throughout the week with different friends and family.

It’s difficult to grow our traditions here in Salt Lake, because our festivities don’t compare to larger markets.

My Vietnamese assistant says she and her family travel to San Jose, California (home to a large Vietnamese population), to celebrate Lunar New Year where they connect with family and friends. In China, the new year is a weeklong vacation called Spring Festival, giving people the opportunity to travel home for family reunions.

Temples: Honoring your ancestors is a vital part of the tradition. To do this as a family, you visit the temples of your family shrine. When we were in Los Angeles, we drove to six temples in one day. My grandfather is interred in one, and my uncle is in another. You go and give donations and usually eat lunch at one of them. The meal is vegetarian, and it’s blessed, so it’s for good luck.

Another way to encourage good luck (and a red envelope) is to greet your friends and family with “Gung hay fat choy!”—Cantonese for “May you be prosperous and happy!”

Annie Quan is a former marketing director for City Weekly who now operates her own event marketing company, Arthouse Promotions.