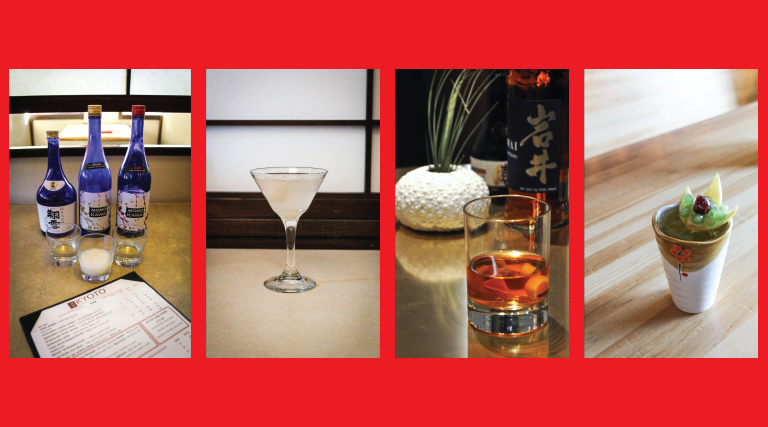 Remember the 1988 film Cocktail, starring Tom Cruise? Lots of flash and dazzle, Technicolor-hued liquors, the louder and more raucous the bar, the better. The film captured a time in U.S. cocktail history when the popularity of craft whiskey was waning, and Americans were ordering more vodka-based beverages, with sweet multi-ingredient martinis and hot pink Cosmopolitans being the signature drinks of the 1980s and ’90s.

In dramatic contrast, Japanese bar culture through the latter half of the 20th century concentrated upon precision, grace and attention to minute details of technique. In Tokyo’s famed Ginza bar-saturated neighborhood, suit-jacketed staff defined cocktail formality, and becoming a respected bartender required (and still requires) years of apprenticeship.

In a bit of cultural cross-pollination, American bartenders became fascinated with the hospitality and entrancing showmanship of Tokyo’s top-shelf cocktail culture in the late 1990s, probably best-exemplified by the famed New York speakeasy, Angel’s Share. The East Village bar’s patrons vied for the opportunity to have a cocktail crafted over the course of 15-20 minutes, with ice for each drink cut by hand to order, an exacting technique copied from Japanese pros.

In this century, the demand for Japanese whisky worldwide has escalated exponentially, and American consumers are more familiar with Asian products like umeshu (Japanese fruit wine) and shochu distilled spirits. In Utah, restaurants and bars are starting to encourage intensive spirits education, such as at Tsunami Restaurant and Sushi Bar (TsunamiUtah.com), where staff “sake ambassadors”receive extensive training. In this month’s Spirit Guide, we talked to SLC-based chefs, sommeliers and bartenders about Japanese techniques and ingredients inspiring them right now. 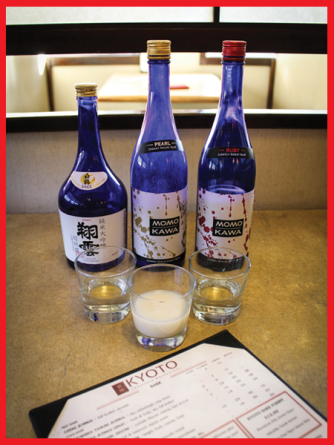 “I’m completely preoccupied with the perfect bite,” sommelier and spirits educator Jim Santangelo says of developing the sake program at Kyoto. “That’s why I love sushi so much. Wrapped little bundles of delight, perfectly balanced with flavors by a masterful sushi chef. It frankly doesn’t get any better in the moment of a sushi bite paired with sake.”

Santangelo recommends sampling sake to explore your own preferences, noting his own favorites are Junmai Ginjo grade, “which has a high percentage of milled or polished rice before brewing,” he says. “The higher the polish, typically, the more complex the product.” Santangelo suggests that all your sakes have a slight chill.

Shake all ingredients well with ice. Strain into a chilled martini glass. Garnish with a skewered lychee nut.

Santangelo recommends Rihaku’s Wandering Poet (Utah DABC, $34.95) with tropical and orchard fruit right out of the glass. “When you get this sake to the palate, flavors of banana and ripe honeydew roll across the tongue only to be washed away by crisp green apple like acidity leaving you with a lingering herb note finish.” Santangelo also says this sake is a great pairing beyond sushi, “Next time you have a big salad and grilled chicken or baked fish, grab a bottle and enjoy.”

Widely recognized as one of Utah’s most knowledgeable Japanese spirits experts, Takashi and Post Office Place manager Rich Romney has made bringing in rare products to Salt Lake City a priority.

Romney and bar manager Crystal Daniels have curated an ambitious Japanese whisky selection and have brought in unusual shochu (mid-range ABV spirits made from sweet potato, barley or rice), sake and beers. “About half of our liquor wall at Post Office Place is special order,” says Romney of the selection.

His personal triumphs? “Bringing in the Hibiki 12 year [whisky]; we saw the writing on the wall,” Romney says, of escalating customer demand, and they persisted in building up a stock.

He’s also a fan of Japanese beer, and spent three years working with an importer to finally bring Hitachino yuzu lager to Takashi.

We discussed the fascinating history of awamori, a spirit unique to chef/owner Takashi Gibo’s home province of Okinawa, Japan. Unlike sake, which is brewed from Japanese short grain rice, awamori have been made for more than 500 years in the region by distilling fermented Thai long rice. Says Romney,
“They traditionally age the awamori in clay pots, which are lined up outside the distilleries and serve as advertising. Some producers even age their pots under sea water,” he says, for added nuance.

With Daniels, Romney developed the “Okinawa Sazerac” a variation on a classic New Orleans Sazerac cocktail to highlight the distinctive flavors of Awamori Okinawa and Japanese Mars Iwai Whisky, complemented with Benedictine, Peychaud’s bitters and absinthe.

“You’re walking into the realm of a master,” when approaching a professional Tokyo cocktail bartender, says Water Witch barman Mike Wright. “Their attention to detail and technique is phenomenal, and their job is recognized in the culture as having a high-level skill set.”

During his most recent three-week visit in 2018, Wright concentrated on punk-rock music venues and tiny cocktail bars of Tokyo’s famed Golden Gai. “There are over 200 bars crammed into an area about the size of a football field,” he says, with each bar averaging about six seats, total.

Wright was expecting to see plenty of Japan’s go-to drink, the whisky highball, as “the highball culture is huge, but there’s some ‘wow’ factor with hand-cut ice, housemade soda and maybe just a touch of citrus.”
He was surprised, however, to see that gin has become a big hit in Japan, along with European aperitifs like gentian-forward bitter Suze French liqueur. He stirred up for me an off-menu gin highball using those ingredients as his inspiration, served in a ceramic cup he brought back from Tokyo.

Stir all ingredients together in a glass with hand-cut ice cubes. Garnish with lemon zest, brandied cherry and tapioca spheres.

“I spent a ton of money on bar tools,” says Bar X and High West Distillery bartender Josh Novaski of his most recent visit to Tokyo in 2017. “They make these beautiful ice picks, jiggers and cobbler shakers,” he says, all of which are used to create drinks with precision and care. Having spent time in Japan including a five-day deep dive into Tokyo’s neighborhood bar culture, Novaski can’t wait to get back.

“In Japan, there are niche bars that revolve around very specific experiences,” he says, noting as an example Bar Ben Fiddich, one of Tokyo’s legendary cocktail clubs. There, bartenders create reproductions of liqueurs such as Campari or Chartreuse by selecting dozens of canisters containing homegrown plants and roots, grinding them with a mortar and pestle and adding distilled base spirits to order. And yes, this takes 20 minutes or more.

As many bars are extremely tiny (by American standards) and have a small cadre of regulars, venues rarely advertise their location and are notoriously difficult to find. Novaski started with a handful of spots pulled from an online PUNCH City Guide and a list procured from a well-traveled Austin, Texas, bartending colleague but says it was Japanese bartenders who ultimately recommended his favorite spots. “I would ask them where I should go next, and they would hand-write directions and the name so that I could find it more easily,” he says.

It inspired Novaski to adopt the practice as his own. When customers ask him for suggestions, he now writes down the information for them. “Small gestures go a long way in hospitality,” he says.