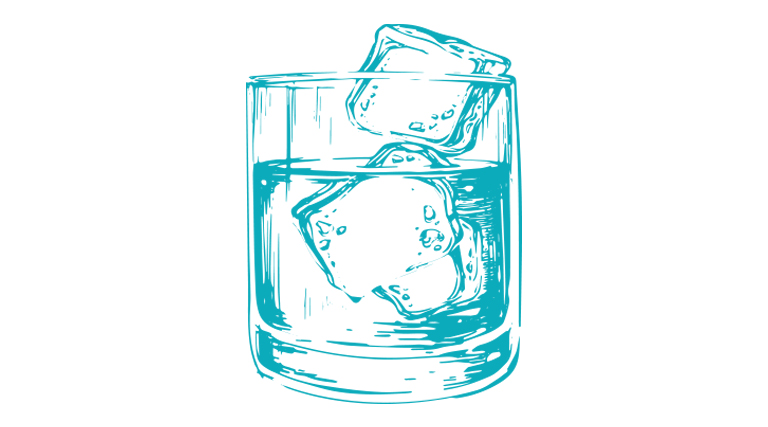 For many of us, skiing goes mitten-in-mitten with bloody marys or glasses of Mountain Town Red. To thaw that January chill, others seek a “sweater inside”—aka a neat pour of High West Rendezvous Rye. And, by some estimations, a frothy pint of Polygamy Porter constitutes dessert.

A brave few have long established Park City as anything but a dry town, and new houses of drink have popped up over the past couple years. And if necessity is the mother of invention, then challenge might be muse of creativity. These brewers, distillers and vintners are passionate and motivated about reversing Utah’s teetotaling reputation. “It’s really fun to prove the outsiders wrong that you can’t get a drink in Utah,” explains Alpine Distilling head of experience Grayson West.

Whether you head to Park City to ski or to experience Sundance this month, here’s where to drink in the mountains, plus new, seasonal twists to look out for:

Alpine’s story begins in 2016 with the sun setting over Swaner Eco-Preserve—a view that effectively sparked the Preserve Liqueur, laced with black tea, blood orange and ginger.

Since then, founder and distiller Rob Sergent has added several spirits to the lineup and also opened a speakeasy-style tasting room beneath 350 Main last summer.

There, Alpine offers a Gin Experience: A four-course gin-inspired dinner that empowers guests to botanically customize their own souvenir bottle of the distillery’s Summit Gin.

Another must-try is the Lafayette Bourbon, inspired by Sergent’s moonshiner granny and laced with cinnamon and apricot. You’ll never drink Fireball (and its rumored antifreeze constituents) on the lift again!

High West Distillery: ‘Still’ crazy after all these years

The name High West is a favorite for whiskey lovers the country over. However, adding High West to your pub crawl this January comes with a caveat.

During the height of Sundance, the downtown saloon is often booked for private events and, other busy weekends, you’ll spar with crowds and long waits for your rye.
A better plan? Head there early afternoon on a weekday or trek up to the distillery in Wanship for a tasting.

Wherever you get your High West fix this month, seek out the new Western Standard beer, a lager brewed by Ballast Point and aged in High West bourbon barrels.

Lagers might be more traditionally suited to summer, but a fiery finish makes this complex brew a natural après choice.

Ski Park City or Deer Valley and you’ll likely notice another local brewery that has earned a handle at most on-mountain taps.

Boldly colored and simply named, Park City Brewery takes its cues from the vibrantly hued outdoor brands so many of us in the Wasatch rely upon to play hard all winter long.

Try the staff-favorite American Pale Ale or prepare yourself for the liveliest Pilsner you’ve ever sipped at a robust 7.7 percent ABV.

The brewery’s taproom near Jeremy Ranch frequently hosts live music as well as their Après Ski Yoga & Beer event on Thursday evenings. Park City Brewery is also working on plans to move to a larger facility, so stay tuned for this exciting development.

When a couple of outsiders moved to town in the early ’80s, they looked around and wondered where all the booze was—until they just started making it themselves.

These are the origin stories of more than a few of Utah’s beverage industry players, including both Squatters Craft Beers and Wasatch Brewery, which holds the honor of being the first post-Prohibition brewery in Utah. In 2002, these two brewpubs merged. “We’re just one big happy family,” laughs Matt Phillips, restaurant manager of Wasatch Brewery.

With beers and locations peppering the Wasatch Back and Front, most Utahns have had a pint and chuckle at the Polygamy Porter or Provo Girl Pilsner.

This winter, Wasatch Brewery, at the top of Main Street, has doubled its tap capacity to 20 and features its usual litany of seasonals, from Bobsled Brown Ale to Snowbird Session IPA, which it dreamed up last winter in partnership with the resort.

Classic Utah gaffe: You wake up Sunday morning only to realize that you forgot to stock up at the liquor store the day before.

Before you consider an impromptu Wyoming road trip, we are here to report that Old Town Cellars (OTC) can now sell bottles of wine on Sundays. “The Official Wine of Après,” as OTC bills itself, is also rolling out new wines throughout the winter and rebranding its bottles with a screen-printed design.

Since Cognition Winery packed up and moved to California, this locally owned winery is officially the only one in Park City.

When you visit, pair that Mountain Town Red or Snowbunny Syrah with the new local Auntie Em’s specialty pies on offer, baked with OTC wine reductions.

Park City isn’t the only ski town in the Wasatch. Over in Weber County, the towns of Ogden and Eden sit close to a triumvirate of ski experiences: Powder Mountain, Snowbasin and Nordic Valley. Here’s where to après in town.

“We are a destination distillery,” New World founder Ashley Cross says. We couldn’t agree more: The award-winning Oomaw Gin and vodka distilled from agave are worth the trip to Eden.

Maximize your experience with a tour, available on Fridays and Saturdays at noon, 2 p.m., and 5 p.m., and on Wednesday evenings.

From these tours, you will see that New World is the real deal, unlike a growing number of Utah “distilleries” that are really just in the bottling biz.

Roosters Brewery Co.:
A new location to crow about

Here’s a new mandatory stop for the list of any Utah beer lover: Roosters B Street Brewing. While Roosters Brewery has been around since the mid-’90s, it just opened a huge new production facility and taproom with a full kitchen. B Street serves a dozen beers on tap, bottles and cans, wine and 20-some of the favorite food menu items from its other two locations.

You can sample a Roosters brew on tap at Powder Mountain or Snowbasin, but stop in to B Street for the full experience, a tour, a can of blackberry cream ale, and maybe a burger, too.

“Beer and skiing, that’s what winter’s all about, right?” B Street GM Brandon Bingham says. And with 19 years under his belt at the brewery, he would know.

Javier Chavez Jr. loves craft beer, but he struggled to find something that paired well with Mexican food. “So, I decided to brew my own,” says the born-and-raised Ogden native.

The result is Cerveza Zólupez Beer Co. Since opening in October, Chavez has been cycling through a series of five-gallon batches of artisanal brews.

Small batches mean impeccable quality, but also fast sell-outs. If you’re heading to Ogden, give Zólupez a call to find out if their cervezas are available.

If they are, keep in mind you can only buy them for at-home enjoyment from Zólupez, but you can also try them next door at Javier’s Authentic Mexican Restaurant, owned by Chavez’ family. Zólupez’ lineup features authentic Mexican flavors like cinnamon, chiles, and chocolate that pair wonderfully with winter.