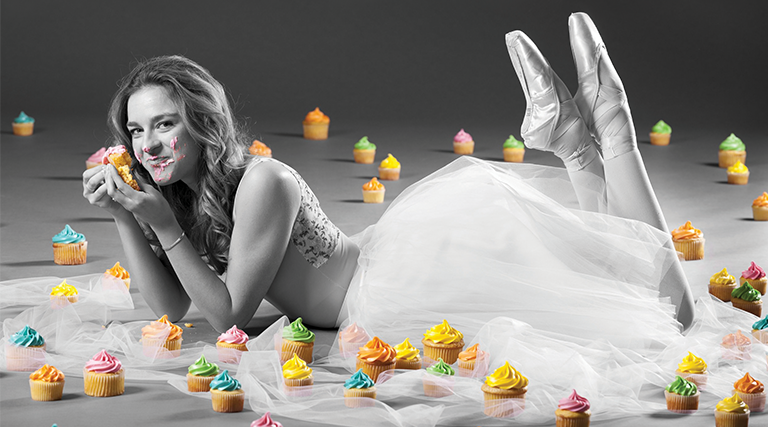 Hailing from Boulder, Colo., Fry began dancing at the age of 3. As a senior in high school, she started looking at options for her future career and, like many girls, dreamed of becoming a professional ballerina. Upon leaving home and realizing those dreams, she spent a few years in Pittsburgh, then Las Vegas and, lucky for us, finally landed in Salt Lake City with Ballet West eight years ago, where she’s been dancing ever since.

Most people normally wouldn’t associate a ballet dancer with baking, but Fry admits to having a sweet tooth. And for inspiration, she graciously gives a nod to both her mother and Martha Stewart. “I’d flip through the [Martha Stewart Living] magazines regularly,” she said. “I distinctly remember baking her recipe for tiramisu cupcakes and falling in love with all the steps … making the syrup, mixing the cake batter, and [just] like ballet, there’s this realm of perfection in the steps. And, then, tasting how wonderfully it comes together in the end!” Indeed, both ballet and baking are about practice and discipline and repeating steps to perfection.

“Those were the most delicious, delightful and beautiful cupcakes that I’d ever had,” she said. “It just stuck, and I kept on baking.”

For her, baking became a method of relieving stress. It didn’t take long for her circle of ballet friends to give her a nickname. “Wherever I’ve been,” she says, “I’ve been known as ‘the Baker.’”

Her first wedding cake was commissioned in 2014 by Beau and Emily Pearson, two dancers with Ballet West. In preparation, she tested out cakes every week. “Everyone in the company got to taste lots of cakes!” she said. After weeks of experimentation, it was a buttercream cake with flowers that the bride ultimately loved. “She liked the simple, fresh ingredients,” Fry said.

As other couples in the company were married, she subsequently baked more cakes. Business took off from there, with Fry perfecting her technique with several varieties of buttercream and fondant by attending workshops in Utah and elsewhere. An internship with Utah-based Heritage Wedding Cakes, followed by master classes this past summer with Maggie Austin, the world-renowned baker (also a former ballerina), have provided Fry with a solid foundation from which to grow her business while developing her own distinct style.

Unlike many bakers whose cakes tend to be flat, Fry’s cakes have an elegance and fluidity that’s hard to explain until they have been seen—and tasted. Her cakes have a “choreographed” look. The refined structure and grace comes from the place of who she is as an artist. Far more than sugary confections waiting to be devoured, her cakes can only be described as delicious fine art.

Fry compares her baking efforts to the work of the Ballet West troupe, noting that they practice long hours to master their dances. Audience members who watch the performance for one or two hours may not know that a ballet can take more than eight weeks to learn, she says. “Baking is very much the same,” she says. “All of the steps are made with care and special attention.”

Fry bakes a variety of delights, from cakes to artistically decorated sugar cookies, Parisian macarons and cinnamon rolls. In fact, Adrian Fry, her husband, and a Ballet West principal dancer, lovingly jokes that, “her cinnamon rolls were the reason I married her!”

Every Christmas season, Fry bakes Santa sugar cookies to the delight of Ballet West’s Nutcracker cast, who devour in minutes what took her hours of love to bake and decorate. 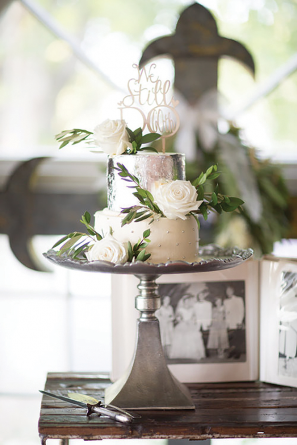 For her 14 cake flavors, Fry enthusiastically sources local ingredients for her fillings and flavors, including apricot and blackberry preserves from Amour Spreads, chocolate malt balls from Maison Confiserie, various brands of chocolate from Caputo’s, and coffee in the espresso cake from Publik. For the basics, she uses fresh eggs from Clifford Family Farms and Lehi Mills for baking flour.

The Beehive is currently her favorite flavor of cake. “It’s a vanilla cake, soaked in rosewater/orange blossom and honey syrup,” she says. The honey and bee pollen are from Hollow Tree Honey.

Her flavors have been years in the making and she takes time to work with clients on their preferences. She also offers couples tastings before ordering their wedding cakes. All the cakes are baked to order in her home kitchen. Consultations can be scheduled on her website, where her slogan is “Ballerina Baker cakes are en pointe.” 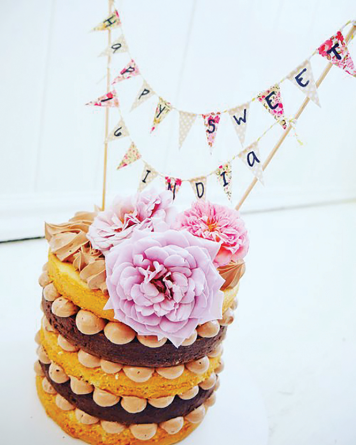 All the hours and hours of rehearsals and perfecting technique physically comes in handy when crafting sugar flowers that are as lifelike as the real thing. Some cakes can take more than 48 hours to complete, and a detailed flower—up to two days. Patience, repetition and perfection—these steps might be daunting to a home baker, but Fry knows the process well and is delighted to watch as her creations get scooped up and consumed in a matter of minutes.

“We need connection as people, and a cake is a celebration,” Fry says. “It’s so important in life to gather together.” 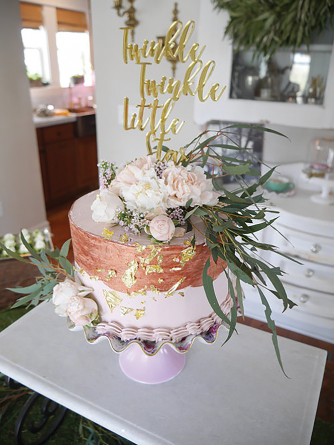 Yes, those cakes are divine, but the flowers—the lifelike flowers! Even watching her construct one, made petal by petal out of sugar, is mesmerizing. You see it happening, yet it defies nature as the buds are blooming before your eyes in the form of sugar. You can’t help but feel the appreciation and reverence you often do at the end of a ballet. Bravo!