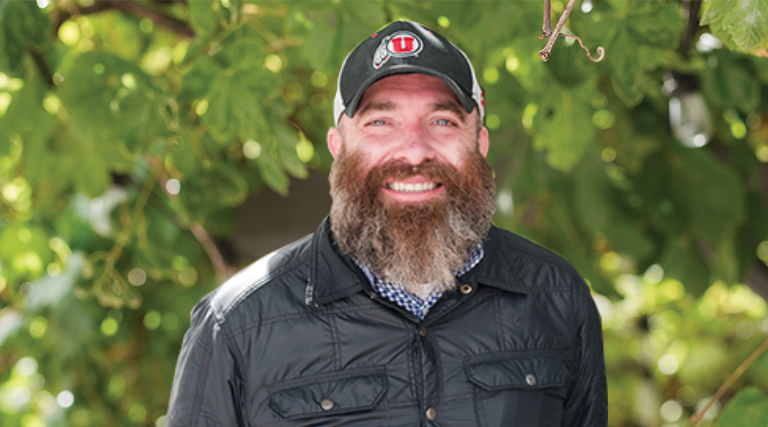 Either as chef or volunteer, Randall Curtis never quits serving.

After volunteering with some friends at The Road Home a few years ago, Randall Curtis, chef and owner of Harbor Steak and Seafood, felt the the food being served to the homeless lacked quality. He’d never done any community service before, and his initial impression stayed with him. He returned month after month, serving meals to women at the shelter.

In 2016, he founded the Stone Soup Project, a nonprofit dedicated to providing free, nutritious meals to the homeless on a dependable basis. Serving 200 to 300 restaurant-quality dinners twice a month has been a labor of love ever since. In fact, he considers the women at The Road Home family.

He cooks the meals on his day off—Monday mornings—starting at 7 a.m., finishing up by noon. He then serves them in the evening or the next day. “It usually takes two to three volunteers and myself to pull it off,” Curtis says.

Much of the food is paid for by Curtis himself and Harbor restaurant. He also receives donated fresh food from Nicholas and Co—items the company can’t sell to restaurants—providing a greater variety as well as nutrition. “Because many of the women have such poor teeth, we have to make sure the produce is prepared properly,” Curtis says. “We can’t just hand out apples; we have to cook them down or serve them in small pieces.” Curtis often hears that the last decent meal the women had was the previous one he served to them.

“Nicholas and Co. have been strong advocates of feeding the homeless in our community, and through their donations, I’ve been able to serve the women fresh fruit, vegetables and salads,” Curtis says. “We don’t get to choose the food that is donated to us, so it’s like being in an episode of the TV show Chopped—we have to figure out how we are going to serve 200-300 women with a bunch of mystery ingredients pretty quick. If we get cases of bananas, we make bananas Foster.”

When Curtis first started this endeavor, he was at a pivotal moment in his life. He was ready to make changes after being a server at Paris Bistro for many years. The job made him realize he really enjoys serving people, but he wanted to do something on a larger scale. In 2014, he and his partner, Taylor Jacobsen, also a server at the Paris Bistro, opened Harbor Steak and Seafood. From there, he got involved with The Road Home, wanting to give back. He even spent a few days on the street with the homeless— learning their stories, earning their trust and, in turn, changing his own life.

“You’d be surprised how much these women appreciate just getting a home-cooked meal with fresh food,” Curtis says. “I know many of these women haven’t eaten for days, they’re wet and tired; like everyone else, they’ve had a long day and just want to kick their feet up and enjoy their dinner. I feel it’s definitely worth my time. Besides, I share things with these women I don’t share with anyone else. I’m very accepted.”

For the past few years, John Feldman (son of Michael from Feldman’s Deli) has been collaborating with Curtis in preparing the meals. They enjoy the challenge of coming up with dishes and have developed a real comradery. “The experience has been wonderful,” Feldman explained. “Randall gets random food donated, so week after week, we would never know what kind of supplies we would get. He is a genius because he can combine foods that you’d never think of putting together, and he’ll make a wonderful dish. He taught me how to create delicious meals out of anything.” Feldman also says serving the women at the shelter is something special. “They always greet us with warming smiles, and that is what makes this a beautiful experience.”

Curtis and his volunteers are making and serving Thanksgiving and Christmas dinners again this year. For holiday meals, he makes sure they have all the staple fixings and plans on preparing smoked turkey.

He has other plans on the horizon as well: Food pantries in local high schools are his next endeavor to feed people in need. The idea is to make meals from pantry donations for students and their families.

“Often people don’t know how to prepare fresh produce. If you gave them a carrot, they would just eat the carrot,” Curtis explained. “Ultimately, [showing people how to cook] is the best way to knock out hunger. A lot of people may have food available to them, but they just don’t know how to cook it.”