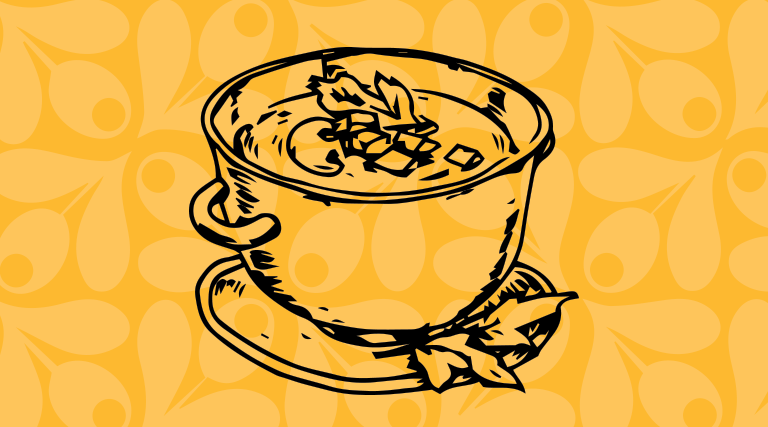 Fall is the time to rekindle your love of soup

Autumn in Utah is one of the most memorable seasons, not only for the changing weather and colors but also for the delicious fall foraging options at local restaurants and farmers markets. Steaming bowls of hearty soups make their way to tables across the Wasatch Front, highlighting hearty vegetables like mushrooms and onions and all-in-one-bowl meals such as ramen and hot-and-sour noodle soup. So, pull up to the table and warm your insides with one of these comforting dishes.

Tonkotsu Ramen, $8.95-$10.95
Japanese ramen is as much art as it is a science. Kobe chef and owner Mike Fukumitsu spent a full year in Atsugi, Japan, learning the techniques of made-from-scratch ramen, which is now served in six varieties at his restaurant on Wasatch Boulevard. “At its core, ramen is a dish that highlights all of its parts: the noodles, the broth and the toppings,” Fukumitsu says. Kobe’s ramen is a carefully orchestrated symphony of flavors—from the skillfully roasted pork chashu that graces most bowls to the flavor-packed pork broth; every poached egg, green onion and narutomaki (fish cake) slice is placed with thought and care.

Hot-and-Sour Noodle Soup, $12
You might hear diners at Chabaar order “crack soup” and wonder what’s the secret ingredient at this Thai restaurant in Midvale. In truth, long-time customers are so addicted to chef and owner Anny Sooksri’s hot-and-sour noodle soup that they now need it on a frequent basis. One taste of the tangy, spicy broth loaded with chicken, fresh tomatoes, mushrooms, onions, carrots, cabbage and egg noodles explains everything, though. The steaming bowl is flavored with lime juice, fish sauce and chili paste for kick then topped with a raw egg before serving—creating a silky, creamy, savory bowl of deliciousness designed to cure all ails.

French Onion Soup, $5.50
Centrally located in Trolley Square, Desert Edge has, for decades, offered dependably good food and award-winning craft beers. Known far and wide for its daily pasta salads, the restaurant has perfected cheesy, pub-style French onion soup. Filled with sautéed onions cloaked in a hearty beef stock, this bowl of goodness is then layered with a slice of bread and mounds of cheese that are melted until they bubble and seal in all the flavor. The French onion soup can be enjoyed à la carte or added to a sandwich combo for just $1.50—making it one of the best dining deals in the valley.

Chanterelle Mushroom Soup, $12
Nothing says fall more than a warm, creamy bowl of mushroom soup. The chanterelle mushroom soup at Kimi’s adds a luxurious touch to this memorable bowl of comfort. Bursting with mushrooms and a beefy base, the cream-laden soup is topped with hickory-smoked bacon and dried cranberries for texture and contrast in every spoonful, with just a nose of port wine to finish. Owner Kimi Eklund has been serving this soup to diners in the Beehive State in some form for more than two decades—and it’s always a showstopper.