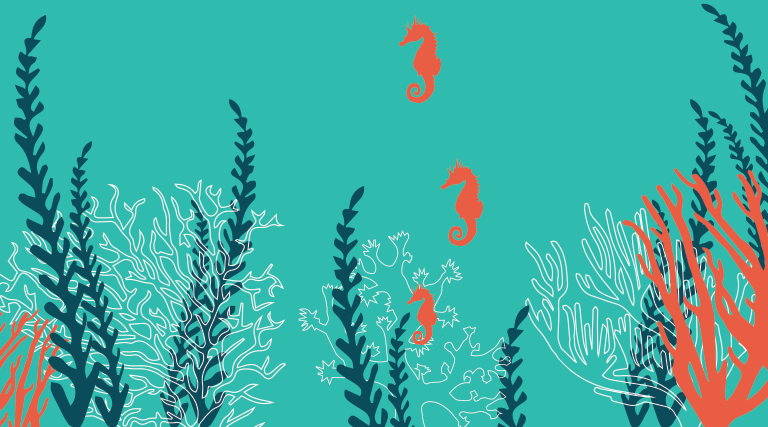 On the second Wednesday in April, an employee of Dawnfresh Seafoods in Scotland cast a net into Farm No. 73 and brought up shimmering, silvery trout weighing about 12 pounds each.

Raised in the brackish waters of the Scottish Highlands—in Loch Etive, to be exact, where the salt water from the sea and the fresh water off the Ben Cruachan mountain meet—the trout was what owner and executive chef Fred Moesinger at the Salt Lake City Italian restaurant Caffé Molise had been seeking.

“Just like a musician gets tired of playing the same old song at his concert, we get tired of serving the same fish,” Moesinger says, noting that he usually serves salmon, halibut or tuna. “Whenever we can get something new and fresh, we kind of jump at the chance.”

The loch trout were gutted in Scotland and then flown 11 hours fresh, but on ice, to Los Angeles. From there, a truck hired by Ocean Beauty Seafoods loaded and drove the trout to a Salt Lake City warehouse on 900 West and 1900 South. There, they were deboned and filleted by a cut artist. One week and one day after they were harvested, they were delivered to Caffé Molise.

The restaurant’s fish of the day was then branded as Scottish trout. 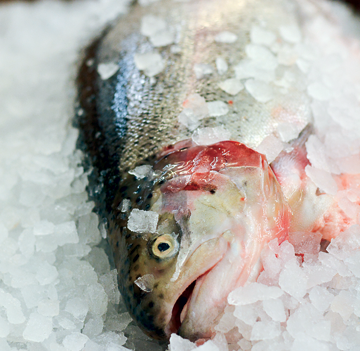 Silent Partner
Ocean Beauty Seafoods doesn’t catch the fish—or cook it or serve it. Unseen to diners, the company is nevertheless integral: It finds the farms, buys wild fish from the fishmongers at auction, arranges transportation across the ocean, drives the fish from the Seattle, Los Angeles or Salt Lake City airports to its warehouses and processes the fish before delivering it to restaurants.

The SLC branch—one of seven Ocean Beauty processing and distribution centers in the Western United States—is in a nondescript warehouse that smells like fish and where shared offices are decorated with maps of Alaskan fisheries and posters extolling fish, like the one declaring Alaskan halibut “America’s favorite steak.”

“At one point, George Harrison [was asked] what he was famous for and [The Beatles’ lead guitarist] says, ‘As long as I get my money, I don’t care what I’m famous for.’

When he started in 1989, the same year Ocean Beauty entered the Utah market after buying out another processor, Utahns mainly ate halibut. In fact, the state had long been the country’s largest halibut market.

“Back in the old days, the ’50s and the ’60s, trains that would carry halibut [from the Northwest], they weren’t refrigerated. They just had ice on the fish. By the time it got to Utah, the ice was just about melted so whatever was left was offloaded in Utah at a discount,” Cooke says.

Later, Market Street Grill was the only seafood restaurant of note. “Now, almost every fine dining we do business with carries two, three, even four items of fish,” Cooke says. “And everybody sells shrimp.”

He estimates that Ocean Beauty now owns about 60 percent of the Utah fish market. Half their business is supplying grocers including Harmons and Associated Foods stores. The other half caters to a wide range of restaurants, from the fish-focused seafood buffet at Deer Valley, Current, Harbor Seafood & Steak and Kimi’s Chop and Oyster House, to the downtown Cheesecake Factory, Hoppers Grill & Brewing Co. and the Little and Grand America hotels.

In the refrigerated part of the Ocean Beauty warehouse, shelves and pallets are stacked with boxes of fish sitting in wet ice or surrounded by small gel ice packs. Cooke prefers they arrive gutted but bone-in because they stay fresh longer. Three men wearing blue rubber gloves, yellow protective arm sleeves and hoodies to keep warm fillet the fish before they are delivered by truck to the restaurants. On a recent day, a pallet of 10 boxes of wild halibut had just been delivered; a line of open blue bins held the cherry red slabs of cut Bigeye tuna from Hawaii and Yellowfin tuna from the Maldives that were delivered within the prior days. Another area housed boxes of live mussels and oysters. A huge tank of water was filled with thawing Sablefish.

“Our business is booming,” Cooke says. The Utah office generates $16 million in sales, which translates to about 3 million pounds of seafood a year, he says. Airlines are key
Ocean Beauty’s leading seller is salmon, both farmed and wild, because of the company’s connections in Alaska. It owns six processing plants in the northernmost state and “a lot of quota” comes out of Bristol Bay, which is home to the world’s largest sockeye salmon fishery.

But demand for variety has soared, and sales of fish from Hawaii now match those from Alaska. Cooke’s clients have until noon to order Hawaiian fish—tuna, swordfish, escolar, mako shark—that was brought to auction earlier that morning. The fish arrives by plane in Salt Lake City by 8 a.m. the next day. He says the boat Seventh Star recently caught ahi tuna that was auctioned on a Monday and arrived in Utah the next day. It was delivered to the Cheesecake Factory that Friday.

Caffé Molise chef Moesinger says he picks from what Ocean Beauty has brought in to keep specials at the restaurant seasonal. But he can also ask Ocean Beauty to find particular seafood, like the time a company attending Outdoor Retailer held a crawfish boil at the restaurant or when a longtime customer wanted mackerel. The restaurant receives fish three to four days a week.

Ryan Estel, chef of Deer Valley’s seafood buffet—open every day during the ski season in the Snow Park Lodge—says he can serve fish within four to five days of it being caught. The fish are tagged, or the boxes they come in are labeled, so he knows precisely what boat it was caught from and what day it was processed. Ocean Beauty delivers an order nearly every day during the buffet season to cover the several hundred pounds of fish that are eaten each week, from 50 dozen oysters and 30 pounds of mussels a night, to 180 pounds of salmon a week for the carvery. “It comes in on an AC truck in boxes and packed in ice with ice packs. I can even text [Ocean Beauty] at 8 a.m. and have it come up in four to five hours,” Estel says.

When he first started working in Park City, he wondered how seafood could be good in the middle of the mountains in the winter. “You know what?” he says, “I’ve worked in Hilton Head, S.C. I’ve worked in southern California, and the quality that we’re getting is just as good.”

He attributes the success to everyone in the process: “The fishermen who are out there, rain or shine. The process it takes for them to get the fish packed in ice on the boat, and they auction it off to the mongers. They get it, and they send it off. And, obviously, the transportation. That, and the honesty of the people you’re getting the fish from.”

Harmons has also seen demand leap. The stores sell up to 150,000 pounds and $1.2 million worth of seafood every three months, says Chris Smith, the chain’s meat and seafood sales director.

“People seem to have more money to spend on quality products like seafood,” Smith says.

The vast majority of what they’re buying—80 percent—is shrimp and salmon. Smith says he buys crab and shrimp on his own, including wild shrimp from the Gulf of Mexico. The season runs from August to about February. Smith buys it raw, peeled, deveined and frozen without any added preservatives, he says, so that it only lasts one week. By comparison, preserved frozen fish—with the added sodium tripolyphosphate—would sit for six months, he notes.

The Harmons staff cooks the shrimp before selling it as Wild Colossal Gulf-Steamed Shrimp, for $24.99 a pound on a recent day.

Most of the other fish found in Harmons’ cases are ordered through Ocean Beauty, including swordfish and ahi tuna from Hawaii, two times a week. 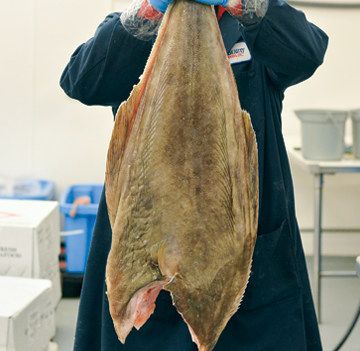 Even fish from Iceland—wild true cod fillets were recently on display—and the farmed salmon from Chile that arrives two or three times a week can be sold within days of being processed, Smith says. “It’s expensive but it’s worth it.” The fresh fish won’t be frozen, he adds. “We don’t want to flash freeze. Every time you freeze it, it pulls moisture out of the meat.”

The entry of Alaskan Airlines into Salt Lake City International Airport “has helped us immensely,” Smith says. “A lot of processors in Alaska fly to Seattle and Salt Lake City on the day it’s processed. We can literally have it a day or two later.

“People don’t think it’s possible to get fresh seafood in Utah, but it certainly is. Absolutely.”

But that doesn’t mean it’s easy. Airlines are key, but they aren’t foolproof, Cooke notes. They can be delayed. He prefers to truck the fish from L.A. or Seattle because it’s a more controlled environment.

And then there’s weather. For example, when halibut was recently difficult to get because of bad weather in the Pacific Northwest, Cooke brought in fresh Icelandic cod.

“There’s no guarantee you’re going to catch a fish,” Smith adds. “There’s a lot of opportunities for it to fail. When it all comes together, it’s a real win-win.”