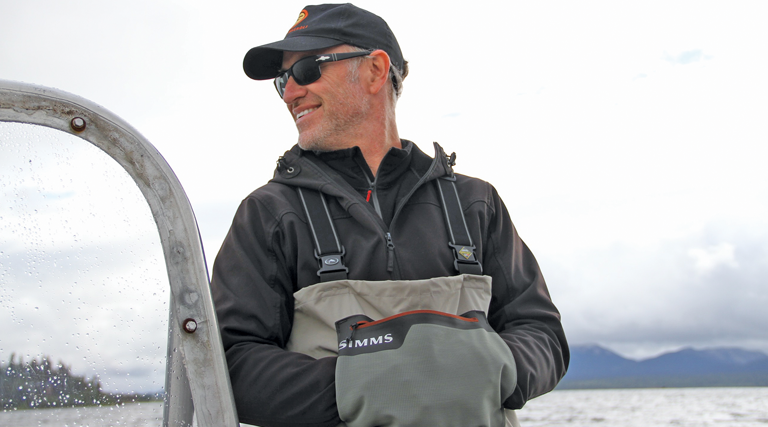 Moab’s red-rock desert is just the spot for Capt. Nick Lee to recharge before returning to sea

Capt. Nick Lee discovered his love for fishing at a young age in Seattle. Now a resident of Moab, he remembers fishing with his father as a young boy, and being fascinated by the fishing boats that came through the locks, especially the ones returning from Alaska. Lee’s uncle built “crabbers” (boats used to catch king crabs) as a profession in the 1970s, and would share many stories of fishermen’s adventures he heard from their days on the Bering Sea. 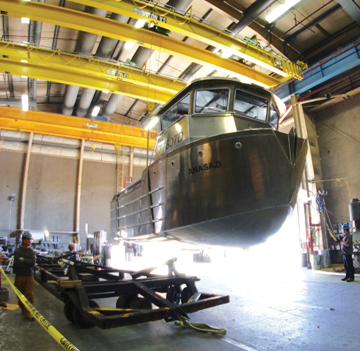 “When I was in grade school, my dad would take us out fishing on Puget Sound, and we would get pretty close to the ocean,” Lee says. “We started out in just a dingy and would troll for salmon. As we got better at it, we got a bigger boat, and I really started to enjoy it. Once we started catching our own, I realized that good, fresh fish did not taste ‘fishy.’ My family got more health conscience as we continued fishing and eating fresh fish.”

Lee got into commercial fishing in 1983 by stepping in for his older brother, John, who was injured on his fishing boat in Sitka, Alaska. Lee and the crew trolled for salmon in the Gulf of Alaska. Working for free, Lee learned the ropes, but the move would pay large dividends. At the end of his first season, he took a job in a seafood-processing plant, where he worked for the next two years. Progressing up the ladder, he became the first line of quality control and graded all five species of Pacific salmon, halibut and black cod as they came off the boats. 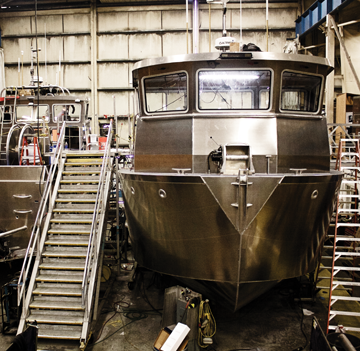 Lee then went back to fishing with his brother, who now was able to pay him, and earned enough to pay for college tuition. After two years, Lee took a summer job on another boat as a crewman fishing Alaska’s Bristol Bay. That experience solidified his standing in the industry.

The captain of that boat was the president and CEO of Bering Select Seafood, a seafood-trading company based in Seattle. “I was their first employee; [it was] my first job after college,” Lee says. “They hired me to buy fish out of Alaska and market it in Asia and Europe.”

In 1995, Lee partnered with his brother and together they bought their first fishing boat called the Elusive. They fished salmon in Bristol Bay until 2006, when Lee went solo and took on a crew of his own. Lee has traded up his fishing boat a few times since then, most recently building a new boat called the Anasazi in 2015. 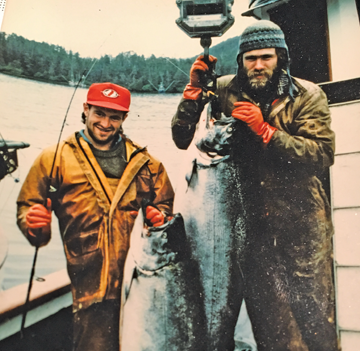 The aim of Lee’s current business, Alaska Seafood Select, is to pass only the highest-quality fish to his customers. He educates consumers about the importance of “knowing your source.” He’s worked with Leader Creek Fisheries, another Seattle-based company, since 2002, and together they share a goal to maintain sustainability while ensuring that the consumer receives a product that’s as close to a fresh-out-of-water salmon as possible. They accomplish this through state-of-the-art filleting, freezing and packaging technology. Lee delivers fish twice a year—in the spring and fall—through buying clubs from Washington to Utah.

A fisherman’s schedule lends itself to spending winter months off the water. The fishing season for salmon runs during June and July. Lee fishes Bristol Bay those two months and then spends his off-time in Moab. Having discovered Moab in 1996 after visiting New Mexico and venturing north, Lee always wanted to return.

“I came primarily for the mountain biking and climbing,” Lee says. “I fell in love with Moab, ever since my first visit. I was trying to figure out a way to spend more time here.”

So he made the move in 2010. According to Lee, Moab is a great environment in which to reboot, to gear up for those grueling two months on the water.
“I enjoy the competitiveness of fishing,” Lee says. “I grew up playing competitive sports, and that aspect is appealing to me. Every year, Mother Nature throws something different at you.

“You can’t ever get into a comfortable pattern,” he continues. “You don’t know exactly how the run is going to come in, and you need to be able to figure that out in real time—a lot of it will be a hunch.”