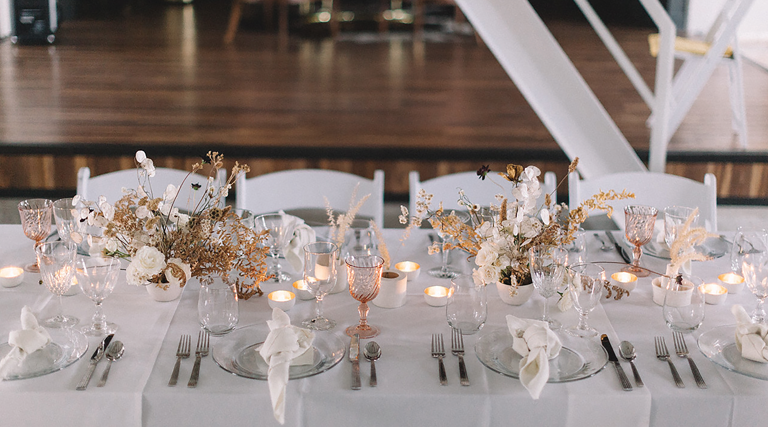 Giving back with a generous side of glam

Octopus tentacles, pork belly with kimchi vinaigrette, olive caramel and cured egg yolk is one of the savory courses. Spun ricotta mousse with plum Dippin’ Dots, pickled stone fruits and sassafras comprise a sweet-tart dish later in the evening. Like Beetlejuice-esque incantations, each plate of the multiple courses served by chefs Evan Francois and Alexa Norlin at their underground fundraiser supper clubs pushes culinary boundaries. “We get it,” award-winning pastry chef Norlin says, “They’re weird. These are dishes no one would ever choose to order from the menu at a restaurant.” Yet each of these artistic examples ended up being successful dishes, as dozens of satisfied guests at the sold-out events will attest. 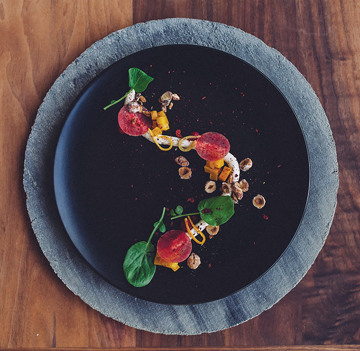 Challenging themselves to think outside the culinary box—and by extension asking guests to embrace more than a bit of gastronomic audaciousness—has been the primary goal of Francois and Norlin’s Salt Lake Supper Club. “I’ve been wanting to do a pop-up event with a savory chef forever,” Norlin says. “Evan reached out to me with the same idea after I did the desserts for a Utah Chocolate Society event,” which was hosted by Harmons where Francois is executive chef. He concentrates on food education, appearing as a guest chef on numerous local television shows and teaching cooking classes. “We worked well together,” Francois adds. “Alexa’s work is so organized and beautiful.” Formerly pastry chef at prestigious venues Current Fish & Oyster and the Handle restaurants in Park City and SLC, Norlin is currently the creative genius dishing up soft serve iterations from her classic food truck, Normal Club ice cream.

The morning after the chocolate event, Francois texted Norlin: “Let’s do it!” And so, they started planning their first dinner, which was in June 2017.

A more subtle, but no less important, component of each dinner is the chefs’ desire to support causes near and dear to their hearts, appealing to their guests’ pocketbooks (or Venmo accounts). “We have great food and amazing wine,” selected by world-travelling sommelier Ty Richchouyrod and vinophile Bryan Hinschberger of Bon Vivant Imports, Francois says. “But we’re not doing this to make money for ourselves.” After covering food and beverage costs and basic overhead for the events, all proceeds go toward a charitable organization announced when the Supper Club invitations are distributed quarterly. Norlin elaborates on their charitable giving choices so far, “Both Planned Parenthood and the National Parks Conservation Association are organizations we both care deeply about on a personal level.” Going forward, the chefs plan to collaborate with the event-location host to pick a local beneficiary. 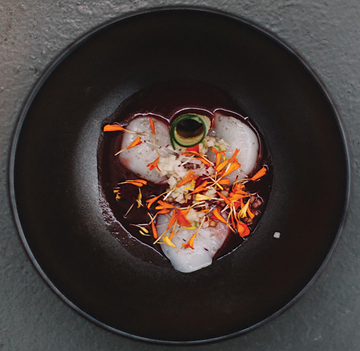 This model of giving likewise extends to the way Norlin and Francois have organized the events. In order to keep costs low (and have more to give back) they hosted the first supper club at the home of friends Renata Stone and Jess Downer. In addition to being professional photographers and rather famous in media circles for their style, Stone and Downer transformed their garden into a luxurious culinary wonderland, gratis.

When weather threatened the second Supper Club event in late September—originally slated on the iconic salt flats—local event venue U West provided last-minute access at a steeply reduced nonprofit rate. Stone, along with long-time friend of both chefs Kim Fearick, have donated their time and talents with floral design and innovative staging for pennies on the dollar. “Renata and Kim do amazing, beautiful work with almost nothing,” Francois says. “And we have more friends who pitch in with planning, setting up and serving. Alexa and I can focus on the food and they take care of everything else.”

Bon Vivant’s Hinschberger is thrilled to see the concept continue to grow and bring new guests to the table, although Francois and Norlin are committed to keeping the events intimate, with no more than 40 people (they sell out within days of being announced). “It shows a lot about the two people that are behind it all,” Hinschberger says. “Doing things they love to help groups in need, or to further that group’s cause, is admirable and fantastic. It gives more reason to the guests, as well, to partake and enjoy in a lovely evening of food, wine and company.”
The next supper club is Feb. 24 at 6 p.m. “Most likely, we will have a cocktail hour with passed apps followed by a sit-down six-course meal,” Francois says, with wine pairings by Richchouyrod and Hinschberger.

To be added to the private-event invitation list, email
[email protected]