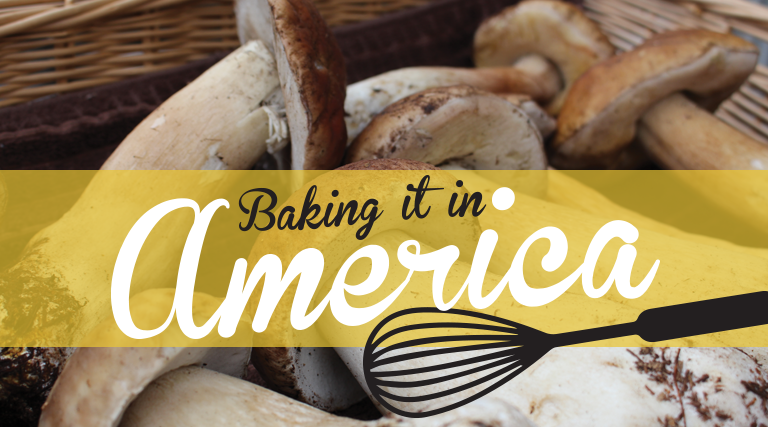 Timing, hard work and a little luck has been the formula for success for this Austrian immigrant

In late July, when Volker Ritzinger, the owner of Volker’s Bakery and director of the Park City Farmers Market, took some friends to hunt wild mushrooms in the Uinta Mountains near his Kamas home, he was not expecting to find a monster. And when the newly arrived Austrian started baking pizzas at a Park City restaurant in the early ’90s he didn’t expect he’d invigorate the appetites of Utahans for European-style artisan bread and one day turn down a job offer from a celebrity chef. When he championed local food and farmers markets in the early 2000s, he didn’t expect they would soon sprout like, well, mushrooms all over the state. But all those things resulted from a the combination of the right timing, a little luck and hard work that has been a winning formula for Ritzinger since he arrived in Park City nearly 30 years go, at the invitation of his brother, to see what opportunities he could find in the mountain ski town. 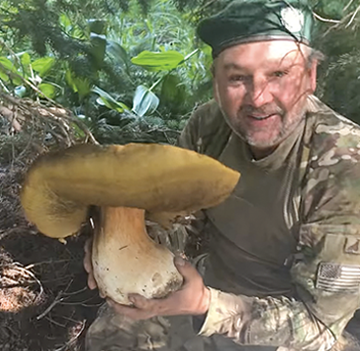 Foraging Friendships
“I’ve been mushroom hunting since I was 5 years old with my father and grandfather in Austria,” Ritzinger says. “I learned from them and it is just something I love doing.” In late July, Ritzinger was hunting mushrooms with his girlfriend and as they arrived at one of his favorite spots, he saw the monster: a hulking Boletus edulis, a member of the porcini family of mushrooms, weighing about 5.75 pounds and standing about 15 inches tall. The mushroom is the largest ever found in Utah and about 1.25 pounds short of the world record collected nearly 20 years ago in Scotland.

“I just couldn’t believe it,” he says. “I had been hunting in the area just a few days before and it wasn’t there. It was just amazing it was still in such good condition and a moose or elk hadn’t eaten it.”
A video recording of the find quickly went viral on YouTube and Ritzinger appeared on local television.
Perhaps not coincidentally, Ritzinger’s son Cody held the previous record for the largest mushroom found in Utah.

Unlike many foragers, Ritzinger says he’s happy to share knowledge of where and how to hunt for wild delicacies. At his Kamas bakery, he pulls out a dozen brown, bulbous porcinis left from a recent excursion with his longtime friend and chef Eric DeBonis, owner of The Paris and Sea Salt restaurants in Salt Lake City. “We roasted mushrooms over the fire, we made soup and risotto,” Ritzinger recalls. “Eric sliced some fresh ones and just poured olive oil and sea salt on them and they were so great!”

However, Ritzinger says the monster mushroom wasn’t headed for a risotto or the soup pot. It was kept frozen for a few weeks awaiting confirmation of its record status and to satisfy curious friends and media. “I’m going to take it back up where I found it and just leave it and let the spores go wherever. Who knows, maybe these spores grow more giant mushrooms like this,” he says. Ritzinger says he usually cuts the spongy, spore-containing sections of the mushrooms he gathers and scatters them back in the forest. 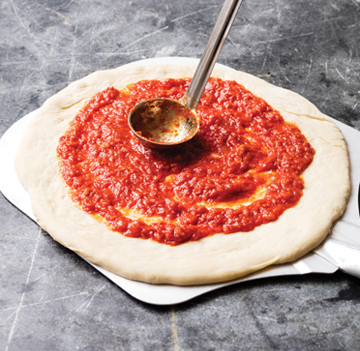 Rendezvous with Destiny
The mushroom hunt was not the first successful paring for Ritzinger and DeBonis, who met in the in the early ’90s in Park City. Ritzinger was working at Park City Pizza Co. learning more English and picking up some cooking skills. DeBonis was earning praise for his Olive Barrel Food Co. restaurant in Deer Valley that featured classic Mediterranean foods from Italy and France, including pizzas from a traditional wood-fired pizza oven, a bit of a novelty at the time.

“Eric came to the Pizza Co. and said they needed a pizza chef and wanted me to work for them. I told them I could show them how to make pizza because I like to the share knowledge but I couldn’t leave the Pizza Co.,” Ritzinger says. But, after some negotiating and encouragement from Ritzinger’s boss that he should take the opportunity, the Austrian left for what, with hindsight, looks like a rendezvous with destiny.

“I was making pizzas at the Olive Barrel and then Eric had this recipe for his grandmother’s focaccia bread and he wanted me to make it. My father was a baker in Austria but I only had a little knowledge about baking. I never really got into it,” he says. “But I gave it a try making this focaccia.”
After much experimenting, Ritzinger got the recipe to work and the bread became a signature at Olive Barrel. 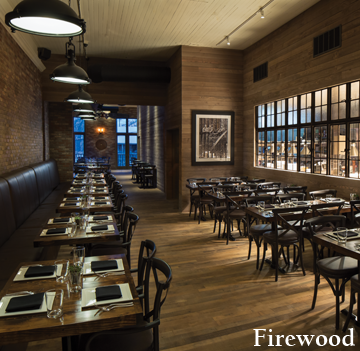 Launching Off of a Barrel
Ritzinger relates that one night, the cozy Deer Valley restaurant was buzzing, as Austrian-born chef Wolfgang Puck was dining there. “Wolfgang asked Eric, ‘who was baking this bread and pizza?’ and Eric pointed at me and said, ‘One of your countrymen.’ I didn’t really know who he was, but we talked for quite a while and he said he wanted me to come to California and open a bakery. I told him no because at that time I had my dogs and I loved the mountains and I didn’t want to go live in L.A.,” he says.

Despite that, Ritzinger soon found himself headed to California but for a crash course with a different celebrity chef. “Eric thought I had potential and wanted me to take the next step,” he says.
That next step was three months in Petaluma, Calif., working with French-American baker Pascal Rigo whom DeBonis had met during one of his European forays. Rigo had lit the fires of artisan bread baking in the U.S., turning out European-style crusty loaves and flakey pastries decadent with butter and local ingredients at his traditional boulangeries in San Francisco. After returning from California, Olive Barrel closed and DeBonis took Ritzinger along for his next venture opening the Mercato Mediterraneo Di Nona Maria, essentially a larger version of Olive Barrel, on Park City’s lower Main Street. Ritzinger had a bakery in the basement of the building and began supplying European-style breads not only to the Mercato restaurant but other establishments in Park City.

DeBonis’ Olive Barrel proved to be an incubator for culinary talent that has invigorated the Park City/Salt Lake City dining scene. In addition to launching Ritzinger on a successful baking career, DeBonis recruited his Cornell University classmate Bill White to the Olive Barrel kitchen. White is now operator of the Bill White restaurant group that includes Park City standouts such as Grappa, Chimayo, Windy Ridge Café and Billy Blanco’s among others. Also doing time on the Olive Barrel line was John Murcko, who went on to helm kitchens for White and, later, Talisker Resorts including the groundbreaking The Farm at Canyons and Talisker on Main. After a detour to rebuild and rebrand the restaurants for Sun Valley, Murcko is now back on Park City’s Main Street earning raves with his own restaurant, Firewood. 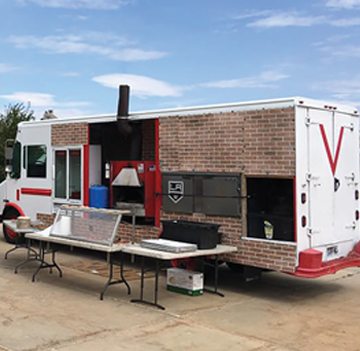 Growing a market
Ritzinger saw an opportunity to sell his artisan bread beyond Park City’s posh eating establishments as farmers markets began sprouting in the late ’90s. By the early 2000s he had started his own bakery business and his vintage delivery trucks emblazoned with a huge red “V” and Grateful Dead-style dancing bears painted on the sides were and remain a common site at farmers markets across the state. In the 2001 season, Park City officials said the market would have to be closed to prepare for the Olympics.

“I said, ‘You can’t just close. The farmers have been growing things for this and they need a place to sell,’” Ritzinger says. After talking with friends and owners of the nearby Canyons Resort, Ritzinger secured a location. The market went on and continues today with Ritzinger as its full-time director recruiting and vetting vendors each year. Wherever his trucks went, Ritzinger preached to gospel of local food and quality ingredients and helped launch farmers markets in communities like Ogden, Vernal and others. 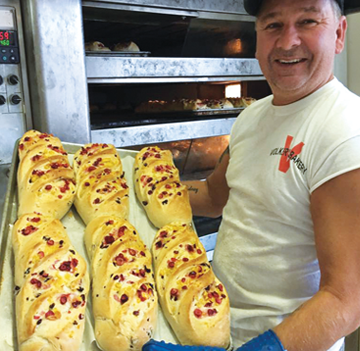 Right sized
For a time, Volker’s bread could be found in area Costos, but Ritzinger soon exited the arrangement and reduced the number of restaurants he supplied, preferring to sell his product directly to customers a the markets and his retail store in Kamas. “When we did Costco, they had a price they wanted and I had to cut back the ingredients because it was costing me almost as much to make the bread as I was getting back. I didn’t realize it then because I was just so happy to have the contract,” he says. “I can make the bread better quality and load up the ingredients because I’m getting most of the money back directly at the markets.”

Today, Ritzinger splits his time overseeing his baking operation, organizing the farmers market, coaching hockey to local youth and hunting his beloved mushrooms. “I think I’ve got things where I want them now,” he says taking a break from installing a new freezer unit at his bakery. “That is what is great about this country.” Ritzinger is now a U.S. citizen—another story in itself. “I started out washing dishes, but if you see opportunities and do the work, you can be successful and make a good life.”