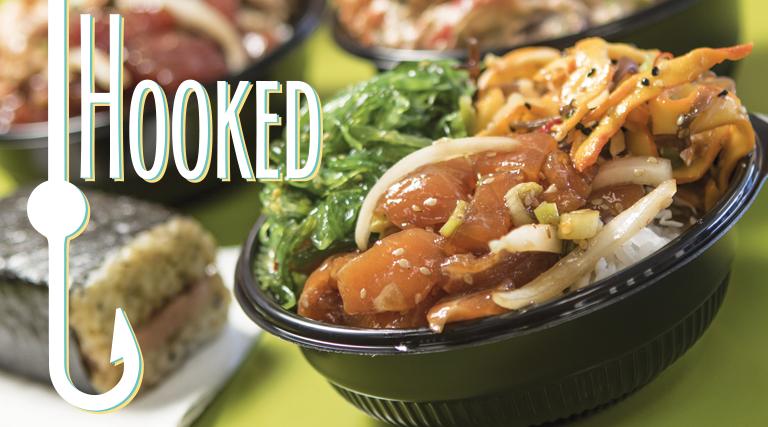 Fishing for freshness in Utah

Where do landlocked Utahns turn when they get a craving for fresh fish? The state has a surprising number of options—from longtime standbys like Market Street Grill to newer offerings such as Current Fish & Oyster. Whether it’s tuna delivered from Hawaii or lobster from Maine, fresh fish appears in just about every shape and variety on menus across Utah. Here are four fresh favorites flown in for your dining pleasure. 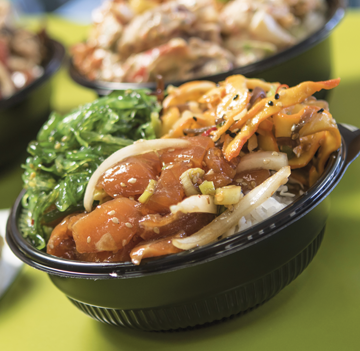 Laid Back Poke Shack
Poke bowl
Hailing from the beautiful state of Hawaii comes classic poke in Holladay. Laid Back Poke Shack offers poke bowls six days a week with ahi and other fish arriving direct from the islands. Load up a regular-sized bowl with rice, cabbage and your choice of three seafood selections from about a dozen choices displayed in the tasting case. Try the traditional ahi tuna poke in various forms—shoyu, spicy or ginger, just to a name a few. Get adventurous with kimchi mussels, sweet chili shrimp or spicy snow crab with fresh avocado to complete your meal. 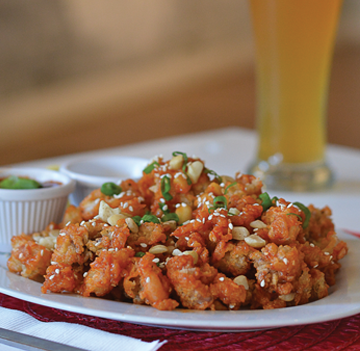 The Eklektik
Macadamia-crusted calamari
With a menu highlighting dishes from Mexico, Europe and South America to start, calamari might not be the first thing diners look to when sampling ethnically diverse cuisine here. However, The Eklektik puts a slightly sweet twist on their version of fried calamari. This macadamia-nut-crusted appetizer offers up crunch from the chopped nuts sprinkled over the squid rings and tentacles, in addition to being lightly tossed in a house sweet-and-sour sauce and garnished with sesame seeds for an eclectic rendition of this staple starter. 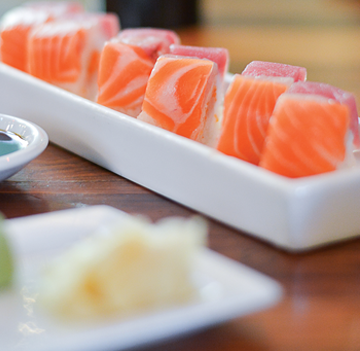 Takashi
The Box
Listed as Takashi’s Hakozushi on the menu but known to its fans as The Box, this offering is one-part sushi roll and one-part art. Composed of amberjack, spicy sauce and tobiko layered over sushi rice, the rectangular creation is topped with high-quality tuna, yellowtail and salmon sashimi. Sliced and served as a roll, The Box is filled with raw delights that entice Salt Lake’s most ardent sushi fans. 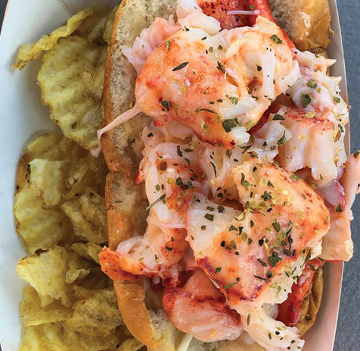 Freshie’s Lobster Co.
Lobster roll
Straight from the East Coast, Freshie’s Lobster Co. flies in only the best Maine lobster from the owner’s home state—arriving from shore to door in 24 hours—and hands it over to hungry customers on New England hot dog buns slathered in hot butter. You’ll get 5 ounces of lobster in the XL version or a quarter pound in the Real Mainah for $20, or half of that for $11, plus a menu of other lobster-loving items from either their food truck or new restaurant in Park City. Any way you pick it, this lobster is luscious.