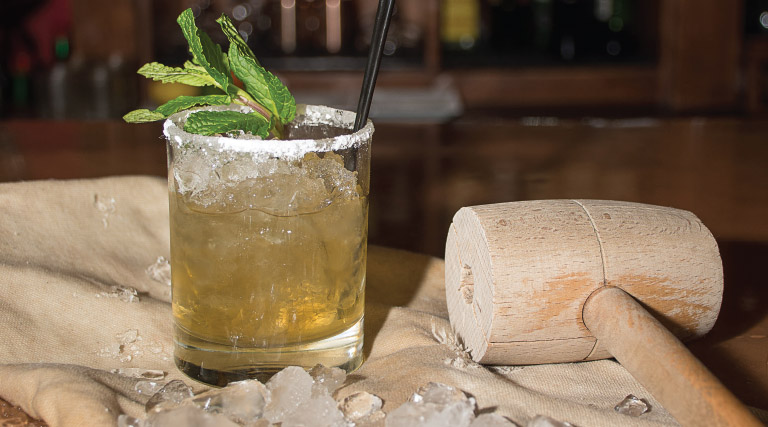 To what do we owe A Farewell to Arms, As I Lay Dying and The Starry Night? Spirits, of course. The tortured genius hunched over a work-in-progress while sipping the hard stuff is a familiar trope. The drink at hand frees the mind of the creator to venture into new visionary territory. We’ve sought out some of the favorite cocktails of brilliant minds past so that you, too, can become a spirited creator. Grab a journal or sketchbook, head to the bar and let one of these cocktails inspire you. Genius is as genius does, right? 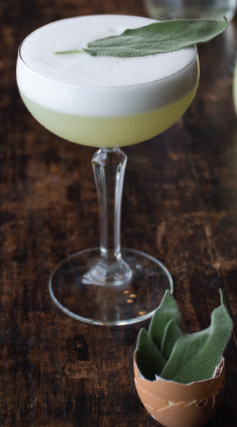 The Cocktail
The Siren

Absinthe has long been the emerald muse of Bohemian artists, including painter Vincent Van Gogh. The “green fairy” even inspired this depressed Dutchman to favor the color green and paint self-portraits of himself imbibing. At Under Current Bar, Van Gogh could numb his angst and inspire his art with no fewer than six varieties of absinthe and five cocktails in which this anise-flavored spirit stars. Co-Owner Amy Eldredge decided to offer absinthe since it pairs so well with the oysters Under Current serves. “I got kind of nerdy about absinthe and played with it in cocktails,” she says. One of her creations is The Siren—Absente absinthe, Beehive gin, simple syrup and lemon juice. She adds a layer of frothy egg white to temper the drink’s intensity, and sage as an herbal accent. Order it with a half dozen oysters and sketch between slurps. 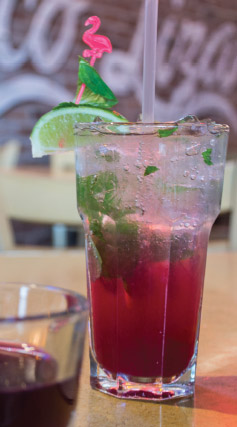 If you want to drink like Ernest Hemingway, the whole bar is your oyster. He drank wine when he wanted to “forget all the bad.” While performing knife tricks, he turned to absinthe. For hot Havana nights? Daiquiris. If Papa Hemingway anticipated a romantic evening, a bottle of whiskey was in order. And tequila did the trick for nautical excursions. While some debate exists as to whether Hemingway regularly imbibed mojitos, the handy book To Have and Have Another—A Hemingway Cocktail Companion tells us that he did enjoy a very similar rum-lime-mint concoction by the name of Gregorio’s Rx. Loco Lizard offers several takes on Havana-born mojitos, and we think this pomegranate variation would suit Hemingway given his predilection for daiquiris. Made with Bacardi, pomegranate juice, soda, fresh lime juice and mint, the Pomojito is sure to inspire the next Great American Novel. 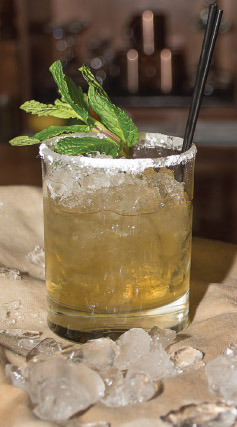 Little known fact: William Faulkner was once employed as a New Orleans bootlegger. This explains the Mississippi author’s ability to simultaneously write coherently and drink—a feat at which few succeed. Whiskey was Faulkner’s pick for poison, and his favorite way to consume it was in mint julep form. With a Prohibition-era hush-hush feel, Bourbon House would likely make Faulkner feel right at home. The mint julep here begins with a cloth sack filled with ice, which the bartender pounds with a wooden mallet to achieve the perfect crushed consistency. Next, mint leaves are muddled with Four Roses small-batch bourbon and simple syrup, then strained into a powdered sugar-rimmed glass. Sip as you let the words flow, and whatever you do, finish your drink! Faulkner once equated the crime of “pouring out liquor” with book-burning. 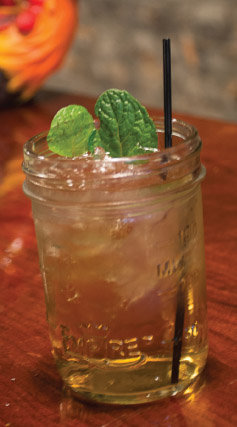 We have a feeling SoCo would win over a piece of Janis Joplin’s heart since it shares a name with the singer’s favorite spirit: Southern Comfort. Joplin drank so much of this sweetened, spiced-up whiskey that the brand bestowed her with a big lynx coat. Perhaps she even drank Southern Comfort while crooning, “Oh, gimme whiskey, give me bourbon, gimme gin …” If you want to compose hits like Joplin, head to SoCo and order up the Y’all—a shot of Southern Comfort, plain and simple, with lemon. If that sounds a little too intense, the Sweet Georgia Brown is singing your name. Typically, SoCo makes it by muddling mint with Jim Beam, mint-infused simple syrup and peach schnapps, then straining into a Mason jar and garnishing with more mint. But the bartenders will happily prepare this Georgia take on the mint julep with Southern Comfort, if you please. 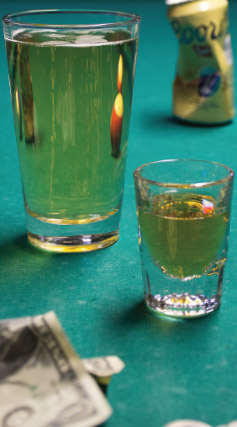 The Cocktail
Cheap beer and a shot of whiskey

Cheap beer and a shot of whiskey might not actually constitute a cocktail, but they were the beverages of choice for local writer Edward Abbey. Known for chucking cans of cheap beer onto the highway, Abbey once poetically waxed, “A drink a day keeps the shrink away.” After he died, his friends did him the honor of pouring whiskey on his grave. Since Abbey had no fewer than four ex-wives, we think he’d find X-Wife’s Place a mighty fine setting to meet his daily drinking quota while penning another sequel to The Monkey Wrench Gang.