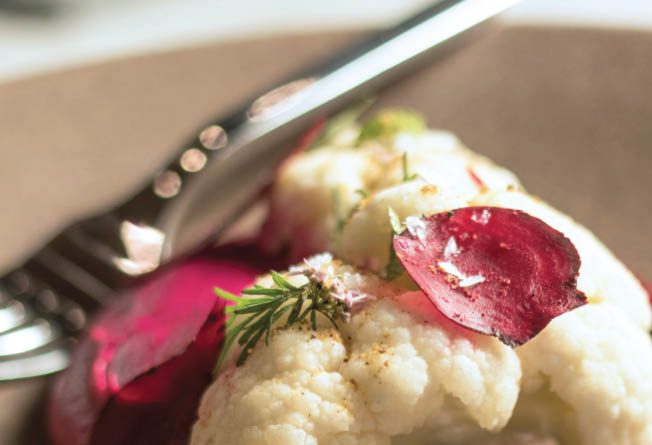 A trio of chefs reboot a 1930s warehouse

Very little about Table X or the three chefs who own and run the restaurant is predictable.
Located just off Highland Drive and 3300 South, Table X doesn’t immediately resemble the newest “it” restaurant in Salt Lake. Meticulously landscaped grounds and a uniquely shaped building suggest perhaps a quiet office space for lawyers or architects. But once inside, a delicious history unfolds.

Built in the 1930s, the original warehouse-like location once housed eggs and produce from local farms before they went to market. At some point, a working cheese factory was assembled downstairs. It’s this culinary history that drew Nick Fahs, Mike Blocher and David Barboza—the chefs and owners of Table X—to the building in the first place saying, “We’ve kept the original wood-barreled roof to remind us of the importance of cultivated, culinary excellence, from then until now.”

Barboza says they were further attracted by the rawness of the space, and that a key component to their final vision for Table X was, “Not having someplace that was already designed that we would have to work around, but having something raw and open and at ground zero that we could build up.” 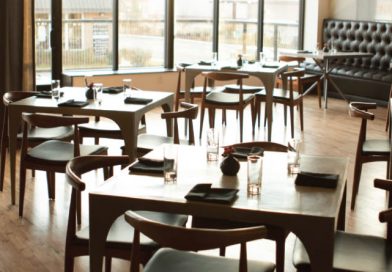 Culinary School Connections
So just how did the unique collaboration of these three talented chefs come to be? The Table X trio all met in culinary school—but each was long-rooted in food by their family history.

Chef Barboza hangs his rustic preparation skills on his Portuguese-Irish family upbringing. Hailing from Maryland, his approach to food incorporates old ideas in new environments and serves as a reminder that the earth provides food to survive and thrive.

It’s Chef Fahs who holds the family connection to Salt Lake City, although he was raised in New Orleans by an Italian mother and French-trained chef father. His travels to France, Spain and Italy lead him to a better understanding of food culture and the craftsmanship of fine cuisine.

Chef Blocher is the baker of the bunch (overseeing all bread production) and thrives on guests receiving fresh bread at the start their meals. His approach to high-level cooking comes with a down-to-earth touch—a combination of simple techniques and refined flavors.

Sitting at the counter seats with a full view of the kitchen at Table X gives insight into the chefs’ varied but intricately connected roles. While each has a defined spot in the kitchen to keep food flowing smoothly, it’s also a regular occurrence to see them out in the dining room delivering dishes to tables and clearing plates like the rest of the well-trained staff.

Having studied and cooked together over the years, Barboza explains that Table X was a natural progression of their working relationship. “We have this raw space, and we take raw ingredients every day and transform them into something magnificent—so why can’t we do that with a space?” he says. 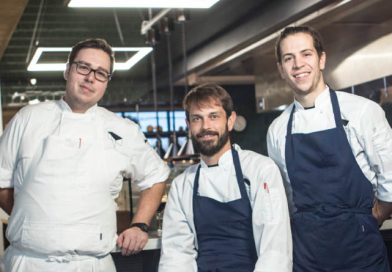 An Artisan Adventure
Between hosting pop-up dinners around the Wasatch Front and holding down other cooking jobs while Table X was progressing toward opening, over the past several years, the chefs relied on the talents and connections of interior designer Andrea Beecher to take their chosen space from abandoned warehouse to functioning restaurant.

Inspired by a trip to Iceland, Beecher suggested a palate of blacks and grays to contrast the floor-to-ceiling wood of the building itself. The guest table bases in the front of the restaurant and large banquet table in the Garden Dining Room in the rear of the space were made by local furniture maker Project Sunday while artist Dave Lechaminant crafted the farmscape artwork and host stand from extra Douglas fir lumber reclaimed from within the building.

“The artisans and craftsmen involved are what gives this space character,” Blocher says. Even the hand-thrown pottery that nearly every morsel of food is served on was commissioned from local ceramicist Clark Marshall of CM Ceramics. “Now it’s up to us to take what they’ve done and give it personality and make it a success.” 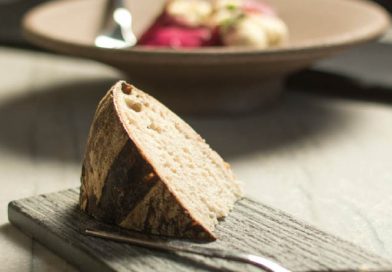 A Culinary Garden
Around the back of the restaurant, and extensive garden will yield much of the produce for Table X’s ever-changing menu—even throughout the winter, in the form of preserved and fermented items.

“We’re interested in using ingredients at their peak—directly out of the earth,” the trio says, but they love the challenge of preserving mountains of pumpkins, squash, eggplant and other fruits and vegetables to utilize once the prime seasons have passed. “We wanted to do a French-style, raised-bed garden and we had all this extra wood from the ceiling,” Fahs says. They hired landscape architect Urban Garden Co. to grow their vision into reality.

The 15 raised beds were constructed from 52 pieces of 20-foot Douglas fir beams found in the basement of the building, which Barboza and their gardener hand-measured, cut, sanded and stained. “We cannot be wasteful,” Barboza cautions in a short online video produced by Flying Hat Productions about the building’s history. “We can’t go buy more of it because it’s recycled from the building. There’s a scarce amount of it.”

In addition to their on-site garden, which they foresee supplying perhaps 30 percent of the restaurant’s produce at its peak, the Table X chefs have developed working relationships with many local growers, market vendors and farmers—notably Frog Bench Farms—to supply additional produce throughout each season. 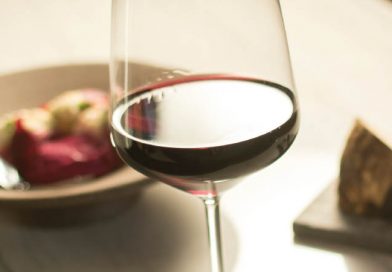 Inspiration and compassion
Steeped in classical culinary training, the Table X chefs look for inspiration wherever they are and in what’s around them, with an overarching desire to connect Table X diners with their food in a new way via thoughtful, delicious dishes in an approachable setting.

“Table X is about raw space and creating a restaurant that we are proud to work in,” Fahs says. It’s the culmination of ideals that include a deep compassion for community coupled with food inspired by local ingredients, art and expression. “It’s not just about creativity or making something delicious, it’s really about bringing people together and using food as that medium.”