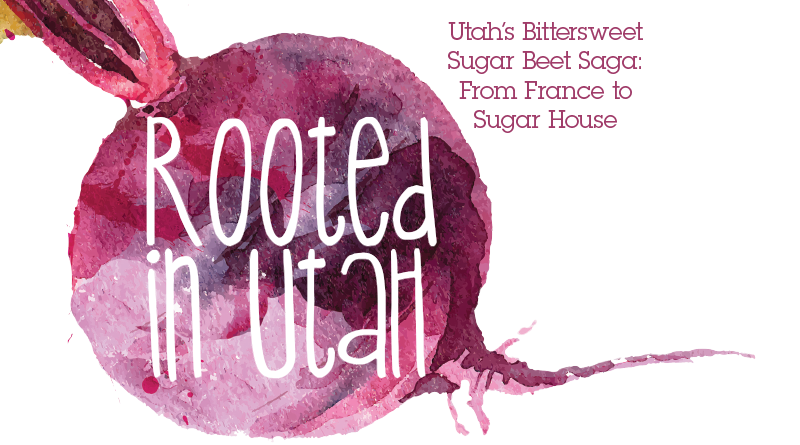 Beginning with technology borrowed from the French to the U&I Sugar Corp., Utah’s efforts to coax sugar from beets was a series of failures, limited successes and many reboots.

“I for one, would have been glad to have had other men engaged in the manufacture of sugar from the beet and not have troubled us with it at all; but so it is in the all wise providence of God, and he does all things right.” 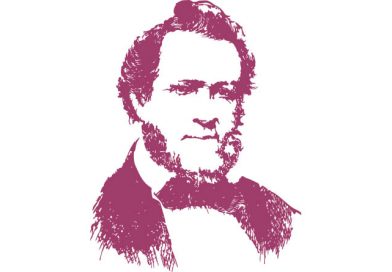 “The French imitate no one and no one imitates the French.”

If only the cautionary wisdom of the Magliozzi brothers had been available to and heeded by early Mormon leaders in their quest to create a domestic source of sugar, they might have been saved tens of thousands of scarce dollars, countless hours of effort and a lot of frustration. But their attempts and the eventual short success of the industry stands as a unique story in the settlement of the American West and a testament to the early pioneers’ ingenuity and commitment to self-reliance. 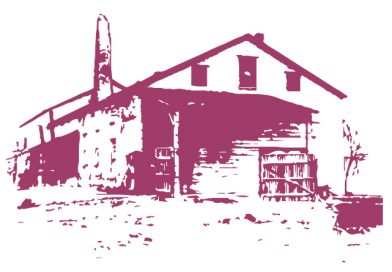 PIONEER SUGAR FACTORY
A sugar factory built by Brigham Young and associates in 1853 at Sugar House, a suburb of Salt Lake City. Located on the southeast corner of 2100 South and 1100 East.

“The French imitate no one and no one imitates the French.”
—Tom and Ray Magliozzi, hosts of NPR’s Car Talk

“The French imitate no one and no one imitates the French.”
—Tom and Ray Magliozzi, hosts of NPR’s Car Talk 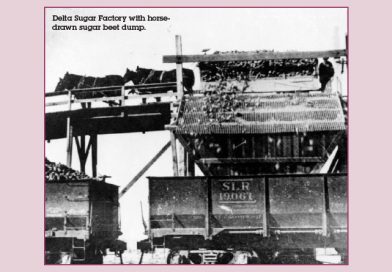 Isolated for Better and Worse
When the Mormon pioneers settled in the Salt Lake Valley, they isolated themselves not only from the mobs who drove them out of earlier settlements and murdered their faith’s founder, Joseph Smith, but also from necessary staple food items like sugar. While many crops would eventually thrive in Utah, sugar in the U.S. came primarily from the Caribbean and cost anywhere from 40 cents to a dollar per pound to import. The cost was prohibitively expensive to most settlers, who attempted to extract the staple from boiling carrots, parsnips, watermelon and corn stalks with very limited or no success.

LDS Church fortunes were also low at the time and leaders knew if they were to realize their vison of a self-sustaining settlement in the West without importing goods from “Babylon,” a local source of sugar was critical.

In a December 1850 address to the territorial legislature, LDS President Brigham Young claimed it would be “suicidal to be dependent upon other than our own resources for sugar.”

Mormon leaders knew French efforts to make sugar from beets had met with some success and in 1850, they procured seeds, planted and harvested two acres of French sugar beets. Young instructed church Apostle John Taylor, who was serving a mission in France, to, “Get ideas and machinery if necessary to send to Deseret to further build up her industries.” Taylor, along with engineer and new convert Phillip de LaMer, visited one of the last remaining sugar beet factories in Pas-De-Calais and became convinced the process could be replicated in Utah. 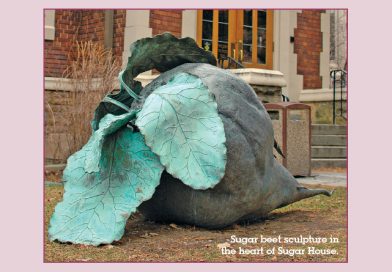 Damned Miserable Company
Using church capital for financing, the Deseret Manufacturing Co. was formed in 1851 with the goal of producing sugar from beets grown and milled in Zion, using a process and equipment replicated from the French. The D.M.C. purchased 1,200 pounds of French beet seeds and ordered machinery from a factory in Liverpool, England. When the equipment arrived at the port of New Orleans in the spring of 1852, D.M.C. officials had to turn to the church to pay an unexpected $4,056.10 duty before they could proceed up river. It was the first of what would be a number of unexpected challenges, leading those involved to say D.M.C stood for “Damned Miserable Company.” After trips up the Mississippi and then down the Missouri River, the party found the equipment too heavy for traditional wagons and scrambled to find reinforced prairie schooners and teams of oxen, which added more unexpected costs.

The party arrived in Salt Lake City in November of 1852. The plan was to build the sugar-producing factory near Provo but early tests of the machinery and process met with another challenge: Besides problems assembling and operating the equipment, the beets were low in sugar content due to the alkaline Utah soil. Young had the equipment moved to Salt Lake City onto a northeast corner of the Temple Block for several more test runs. After two months, only a small amount of inedible molasses was produced. So, before it ever really started, the D.M.C. was dissolved and taken over by the LDS Church. But Young, a trustee of the D.M.C., was determined to get results and had the equipment sent four miles south of the city where they would build a factory in an area known then simply as, the Church Farm. 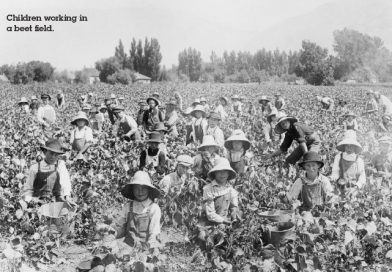 The Sugar House that Wasn’t
The Church Farm area is now well known to Salt Lake City residents as Sugar House. The sugar-making operation was now in the hands of the Public Works Department of the LDS Church, which began constructing a factory. But reassembling the processing equipment proved difficult. In addition, architect Truman O. Angell (designer of the Salt Lake City Temple, Tabernacle and Lion House, among other early LDS Church buildings) was unfamiliar with factory design and the project was not completed until 1855.

Despite the setbacks, Young remained resolute saying, “There is not the least doubt we can make sugar from the beet; we shall never give it up, nor cease our operations, until we manufacture everything we can eat, drink or wear from the native element, and make the earth itself like the Garden of Eden.” But after numerous attempts to extract sugar and encouraging farmers to plant acres and acres of sugar beets, the Sugar House factory was shuttered in 1856 without ever producing the much-hoped-for product. 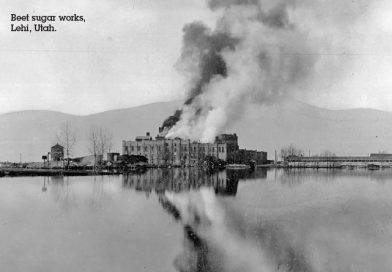 Success in Lehi.
The derelict shells of sugar factories in towns like Franklin in southern Idaho, to West Jordan and Spanish Fork in Utah —as well as peculiar mascots like the Jordan High School Beet Diggers—are testaments to the fact that Young’s faith in a sugar industry based on beets was justified. It just took a bit longer to realize than he’d hoped. Attempts to coax sugar from other plants such as sorghum also had little to no success. At the same time, horticulturists were working on developing a strain of sugar beet more compatible with Utah soil.

In 1887, Arthur Stayner, a Mormon convert from England and a horticulturist, investigated the new strain of beet. He also visited and studied the first U.S. plant to produce sugar from beets in Alvarado, Calif. Stayner convinced the territorial legislature he could finally produce sugar from beets and they promised him a bounty of $5,000 for the first 7,000 pounds he could produce in Utah. Despite earlier failures or perhaps because John Taylor (who had now succeeded Young as church president) was also anxious for the success of the endeavor he helped launch, the LDS Church gave financial backing to Stayner as well.

Stayner founded the Utah Sugar Co. in 1889. It would go on to become the Utah and Idaho (U&I) Sugar Co. and open beet sugar plants in communities along the Wasatch Front and southern Idaho. The first plant opened on land provided by the City of Lehi. The Lehi plant was the first to successfully produce sugar from beets grown and processed in Utah and many Lehi plant workers went on to work in other operations as the company expanded in the state and region. 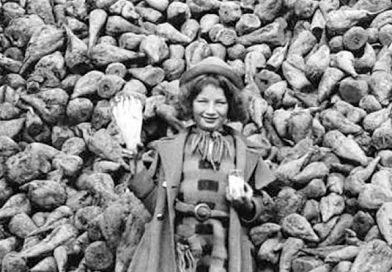 Cultivating the beets was a labor-intensive job requiring thinning the rows and constant weeding. The plants were also susceptible to insects. Germans, who had success with sugar beets, told the Utah farmers the “sugar had to be hoed into the beets.” While the industry thrived in Utah for a time, several problems eventually undid it such as high labor costs, the Great Depression, ever-cheaper sugar from cane plantations, and the cost of continually battling insects and blight. By the early 1980s, there were no more beet sugar plants operating in Utah.
While pioneer heritage food traditions have recently seen a resurgence—distilling spirits, canning and pickling produce from small gardens or fresh eggs from a backyard flock of hens—it seems producing sugar from beets will likely remain consigned to history.

Portions of the information presented here were compiled from the following sources:

“Mexican Families and the Sugar Industry in Garland” by Miriam B. Murphy from History Blazer Nov. 1995.

Religion, Politics, and Sugar: The Mormon Church, the Federal Government, and the Utah-Idaho Sugar Company, 1907-1921 by Matthew C. Godfrey.

“The Sugar Industry in Utah” by Leonard J. Arrington from Utah History Encyclopedia.