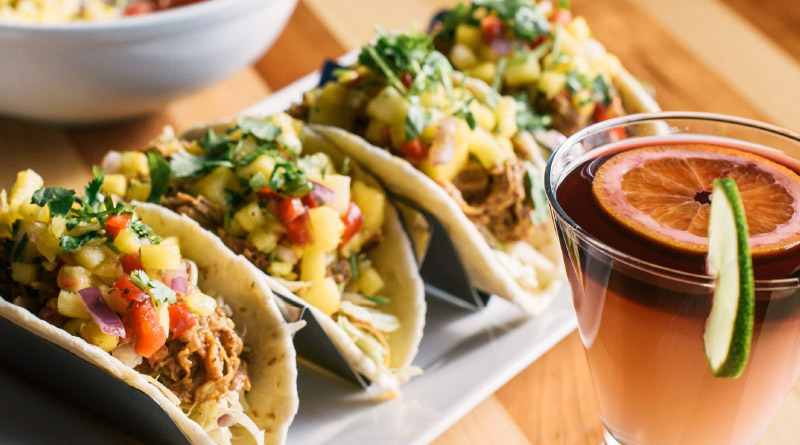 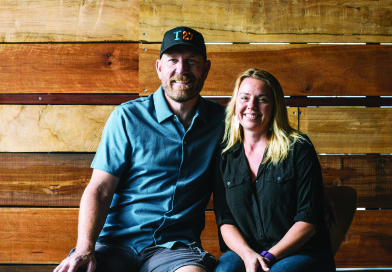 As the chef and owner of a trio of Taqueria 27 (T27 for short) establishments around the Salt Lake Valley, Todd Gardiner has accomplished  what many restaurateurs only dream of—a rapidly expanding restaurant empire with innovative menus and plenty of patrons.
With the exception of a brief two-and-a-half-year stint as a flight attendant, Gardiner has always been in the kitchen—where he got his first job at age 12. “I thought the cooks were way more glamorous than the servers,” he recalls. Before he ventured out on his own, he earned his chef whites by coming up through the ranks at The New Yorker, Red Butte Café, Oceans, Snowbird, Z’Tejas and Log Haven.
He credits each of his kitchen experiences with teaching him what he needed in order to be a successful restaurateur. Bosses like Dave Jones at Log Haven and Mikel Trapp (Trio Restaurant Group) shaped both his food instincts and business acumen. He learned the time-tested art of the garde-manger system at The New Yorker; he was humbled at Red Butte Café; he learned how to run a business at Z’Tejas; but he really learned how to cook at Log Haven. 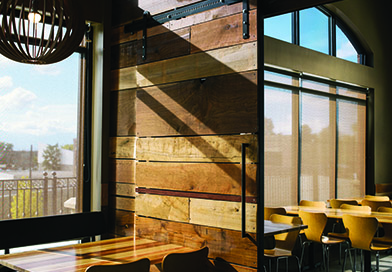 “Dave Jones taught me how to bring it together. He showed me a totally new world of food. I mean, are you kidding me? Seared ahi with blood-orange reduction in 1994?” Gardiner also met his wife, Kristin, at Log Haven. “She rolled in as this tiny spitfire from Chicago. We’ve been arguing since then,” Gardiner jokes as he says about himself, “I wasn’t a very nice guy in the kitchen. I would make Gordon Ramsay cry. It was war, and she took it all.”
Years later, it’s that fiery partnership between Kristin and Todd that now fuels their well-oiled T27 dynasty—dishing up high-end tacos and tequila-based drinks in downtown Salt Lake City, on Foothill Drive and most recently, in Holladay.
Now with two young children and three restaurants, the Gardiners both work more than full-time for T27 and utilize a lot of schedules and systems to accomplish everything they need to each day. “There’s a method to our madness,” Gardiner smirks as he lists off their daily routines—everything from liquor orders and staff training to tending the T27 gardens which provide much of the restaurants’ produce during the summer months.
But what is now a systematically organized operation could have easily been something very different. When Gardiner applied for their first liquor license with Department of Alcoholic Beverage Control it was to support a wood-fired pizza restaurant in what is now the Feldman’s Deli location. Although he got the liquor license that day, he lost the space. “I wasn’t in love with the pizza concept, but I was in love with the taco concept,” he recalls. “Today, we’re doing buffalo chicken tacos, and that’s what I was in love with.”
The Gardiners still have more up their taco-slinging sleeves too. In the coming months, keep watch on the original Lamplighter Square location on Foothill Drive for some new developments—including a banquet space perfect for holiday gatherings. 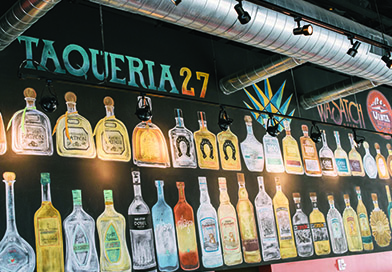 With the busiest season in restaurants underway and another successful year under their belts, how do the Gardiners intend to celebrate the holidays? “Our tradition for Thanksgiving and Christmas dinner is Kristin’s favorite side dish: creamed leeks,” says Todd.
On those two days, all of the Taqueria 27 restaurants are closed, but when they’re open on every other day this season, Gardiner encourages guests to celebrate at T27 with shredded red chile pork tacos and a Gran Rouge Margarita or two. ❖